After dropping their hit single with Uganda’s Bebe Cool, this is the next big thing Sauti Sol are planning to do…and it’s this coming weekend 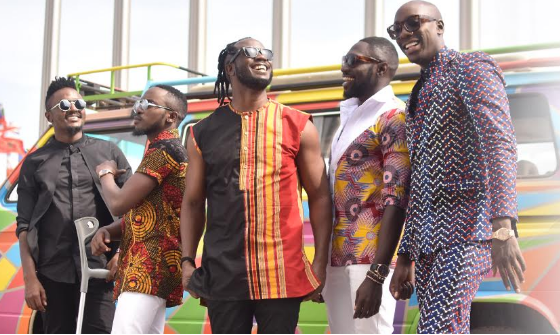 In order to bring an unforgettable experience to its fans, Kenya Breweries Limited (KBL) through Chrome Vodka Brand will host “The Chrome Mega Bash with Sauti Sol” in Kisii, which will be headlined by the afro-pop group.

This follows the renewal of the partnership between Chrome Vodka and Sauti Sol in December 2016 which followed a successful Street Bash held at Choices Bar along Baricho Road.

Details of the event are as follows:

Chrome Vodka is now one of the leading brands in Kenya with a variety of drinks which include,  a well-known original vodka and a lemon-flavored vodka (both available at a recommended retail price (RRP) of Ksh180 for 250ml respectively) and Chrome Spark, a pre-mixed vodka whose RRP is Ksh80 for a 300ml bottle.

Sauti Sol signed a partnership in February 2016 with Chrome Vodka to help drive the brand’s marketing campaign ‘Dream Big, Be Bigger’ #ShineOn. This was executed through a series of nationwide concerts and on-ground activations. Last year, Sauti Sol held a nationwide tour to popularize their ‘Live and Die in Africa’ album benefitting Chrome Vodka.