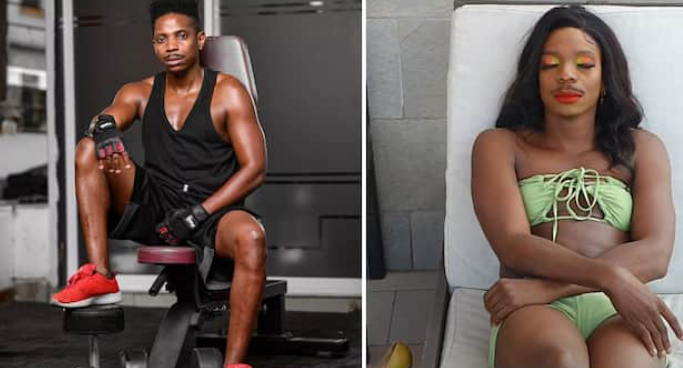 The queer community is immensely growing over the years; with more people conglomerating themselves into it with a minimum of fuss. From the likes of Makena Njeri, Michelle Ntalami, Notiflow, just to mention a few, they’ve come out to declare themselves as part of LGBTQ.

In relation to the latter, comedian Eric Omondi has seen one of his girlfriends join the queer world.

The comedian revealed in a recent interview that his University girlfriend once dumped him for another woman.

“Nilinyanganywa msichana na msichana, wueh that was painful. My friends tried warning me and I was like there’s nothing that can happen.

He continued to state how heartbroken & embarrassed he was;

Hakuna kitu inaeza fanya mwanaume aishiwe na self esteem kama hiyo, and it was known all over that my girl had been snatched by another girl,”lamented Eric.

Eric Omondi continued to claim he has been faithful in his previous relationships despite undergoing character developments. His relationship with Chantal is the only one which seemed to be an everlasting one, but the two decided to go their separate ways amicably. For now, Eric remains single, even after his popular show ‘Wife Material’ which was meant to get him a wife.