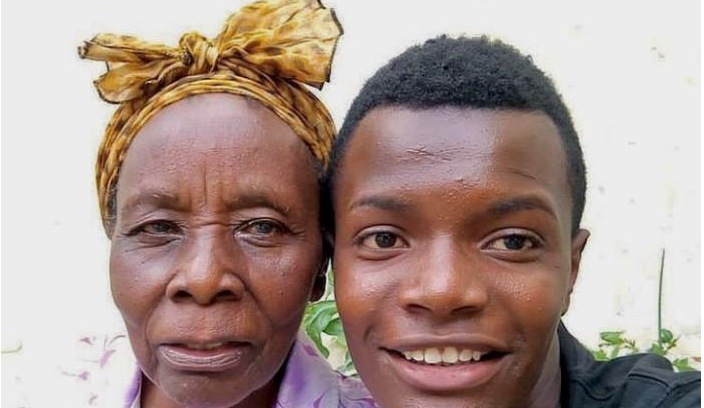 Ex-machachari actor Tyler Mbaya (Baha) is in sombre after the saddening lose of his grandmother. The talented actor, who recently welcomed his bundle of joy with his exquisite girlfriend Georgina Njenga, has had to halt his joy to mourn his late grandma.

He shared the heartwrenching news via his Instagram, where he posted a photo alongside his grandmother. His caption read; 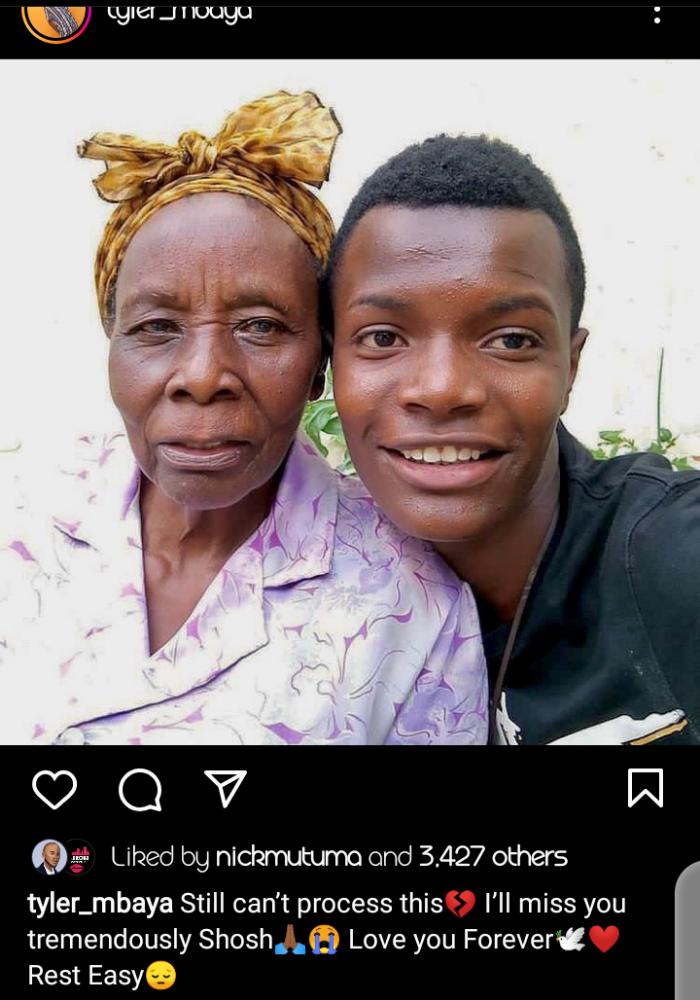 Tyler, who is famously known for his role in Machachari, also lost his mother monikered Wanade in 2013; after a long battle with cancer. Tyler was forced to become an adult by himself, with his elder brother Mungai Mbaya in tow. However, he’s never tardy when it comes to paying tribute to his late mother every 4th of October.

It’s indeed a sad day for the Mbayas as they mourn yet another soul. May his grandma rest in eternal peace.