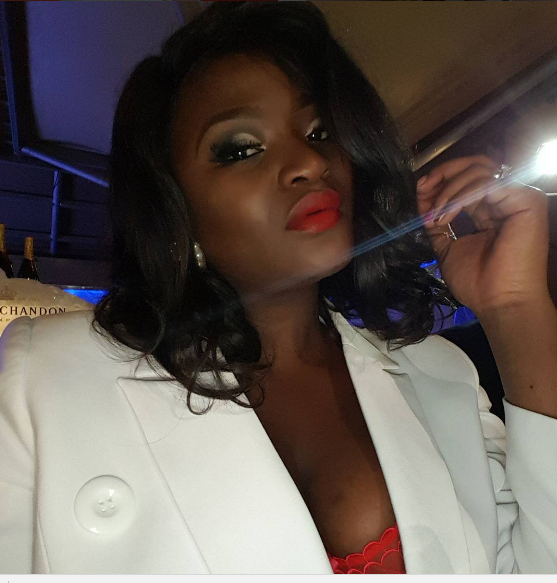 For the last 3 weeks, social media has been awash with all manner of banter around former Miss Kenya Juliet Ochieng.

Information which first appeared on popular women group Chit Chat alleged that she’s a renowned husband snatcher  with a huge penchant for Nigerian men. Well, because of their huge spending capacity and secondly because of all the junk they carried in the trunk. 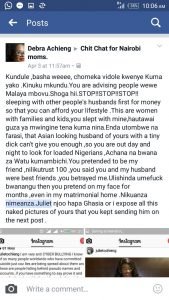 The information also went ahead to claim that the movie, Brother Jekwu which recently just launched and which she co-stars alongside Nigerian Movie Star Mike Ezuruonye was a gimmick to connect more with Nigerian Brodas who have been financing her lifestyle.

Now these are serious allegations considering Juliet is happily married and secondly because she’s a public figure with her reputation hanging on the balance.

I bother some people so much they can’t help but chit chat about me ?????? means I’m doing great and by the way thank you so much for the free press..you attacked my husband and kids and now you go after my P.A ?????? sending you much love whoever you are???????? il always be a nyalenda chick by the way????

But I still gave her a call so as to shed more light on the matter and according to her, she had no idea who would be spreading such malicious rumours and with what end game.

She however suspects it’s because she’s doing well with two major movies in the pipeline alongside other projects.

Her husband, a Belgian and the properitor of Black Diamond in Westlands is very much aware of the said allegations and he’s not the least bothered.

So there you have it, straight from the horses’s mouth!