Kuoga na kurudi soko has been a comon slang by heart-broken Kenyans to waltz their way into another relationship after a failed one. And flamboyant socialite Amber Ray is a commoner associated with this term for her antics in hopping from one man to another.

The fact that she doesn’t hide her men whenever she’s in a new relationship just shows how much of a don’t care person she is. Exposing herself has made her Sierra Leonean ex-boyfriend to realize that her new man happens to be his close friend. The ex, identified as Kabba, had a romantic relationship with Amber that barely lasted half a year. Even the photos they took were just a handful.

Anyway, what would you do if you realized that your ex has moved on with one of your close friends? You’d obviously speculate that they were seeing each other behind your back when you were still in the relationship, right? And this is exactly the case between Kabba, Amber and her new man identified as Kennedy Rapudo.

Kabba went ahead to take a swipe at Amber Ray for moving on with his close friend. And claimed that they were seeing each other surreptitiously. He shared via his Instagram stories;

”It’s so funny because after introducing a man to me that this man is my friend we even chew together all of the suddent he is your boyfriend. It means you guys were effing beyond when we were still dating it’s so crazy fear women.” 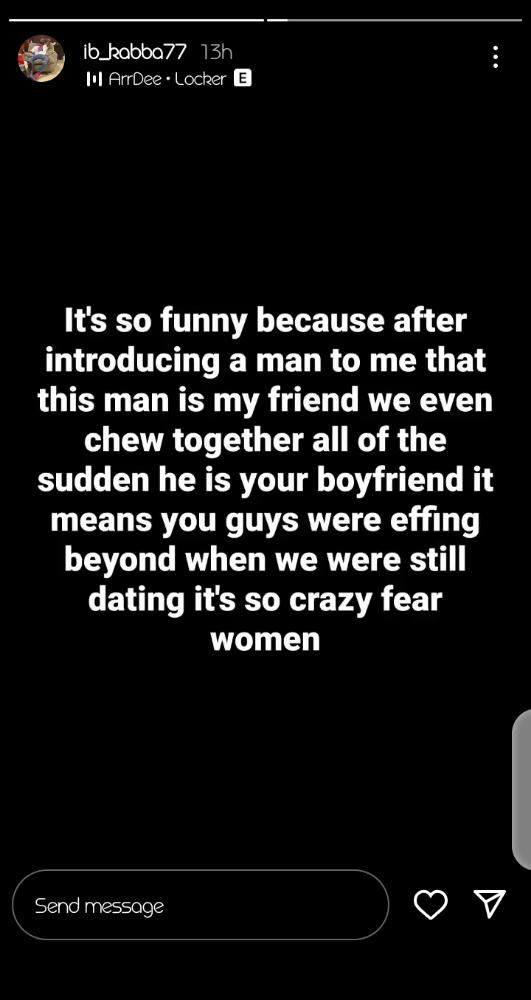 Amber is yet to respond to the paramount allegations by Kabba; but it’s only a matter of hours. For now, she’s having a good time with her new catch.