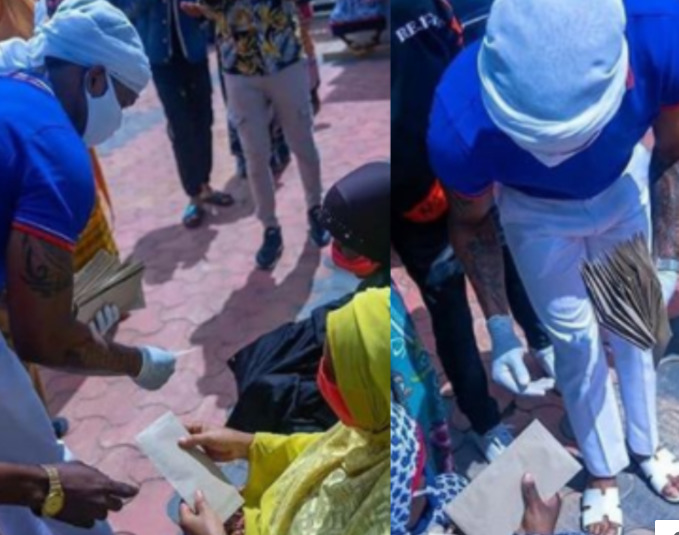 Just like he promised – despite the trolls – Diamond Platnumz has made sure his dream and promise have come to be.

25th April, the Bongo Flava artist had promised to pay 3-months rent for 500 families in the wake of the lethal Coronavirus.

I have decided to atleast offer a helping hand by paying 3 Months house rent to 500 families. As my kind gesture of helping one another during these terrible times of fighting COVID-19. For I believe i should share your troubles and your happiness too. 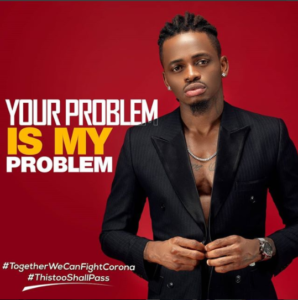 He believed this would at least help out a couple of Tanzanians to feed their families during these troubled times as well as put a smile on their faces.

On the 5th of May, the WCB founder fulfilled his promise by single-handedly delivering the first phase of rent to 57 out of the target 500 families.

In a series of pictures uploaded by Mama Dangote on Instagram, the lad is seen handing out several envelopes which we believe have the needed cash for rent, to different women. 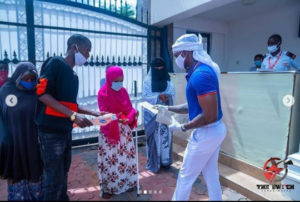 The superstar’s mother went ahead to reveal that the procedures are still ongoing and that his target audience is majorly the vulnerable at this time.

IFAHAMIKE YA KWAMBA WAHUSIKA WAKUU NI WALEMAVU,WAJANE NA WASIOJIWEZA KABISA. (It should be noted that key victims are the physically challenged, widows and the poorest of the poor)

From his end, Naseeb shared a short clip of one of his visits to an affected family alongside his Wasafi troop and his security. 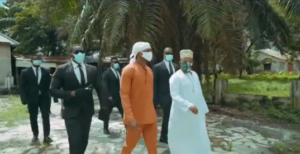 Diamond Platnumz with manager, Babu Tale and his security detail

This he cited was part of his campaign to support the most affected.

However, Chibu highlighted that for one Bwana Keston John, he paid up 6-months rent.

As I continue to extend a helping hand to the needy amongst us, today (sic) I visited Mr Keston John who resides in Tabata. He lost both his legs during a train accident… and I gave him 6-months rent in order to also aid him during this time of Ramadhan. 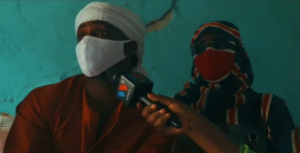 Diamond Platnumz during his visit to one Mr Keston John in Tabata, Tanzania

This comes days after Zari called him out for helping strangers while he is ignorant about his very own young kids – Tiffah and Nillan.

Sandrah Kassim expressed deep gratitude to his son for his kindness and generosity by sharing the little he had to those most affected. 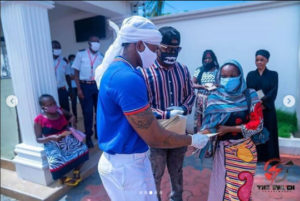 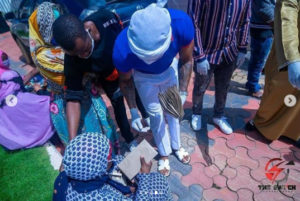 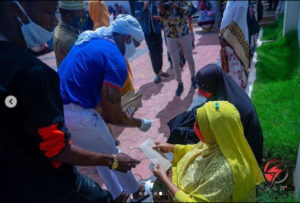 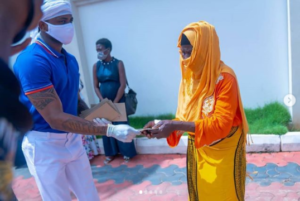