Finally! KRG the Don’s ex wife reunited with sons months after singer allegedly kicked her out 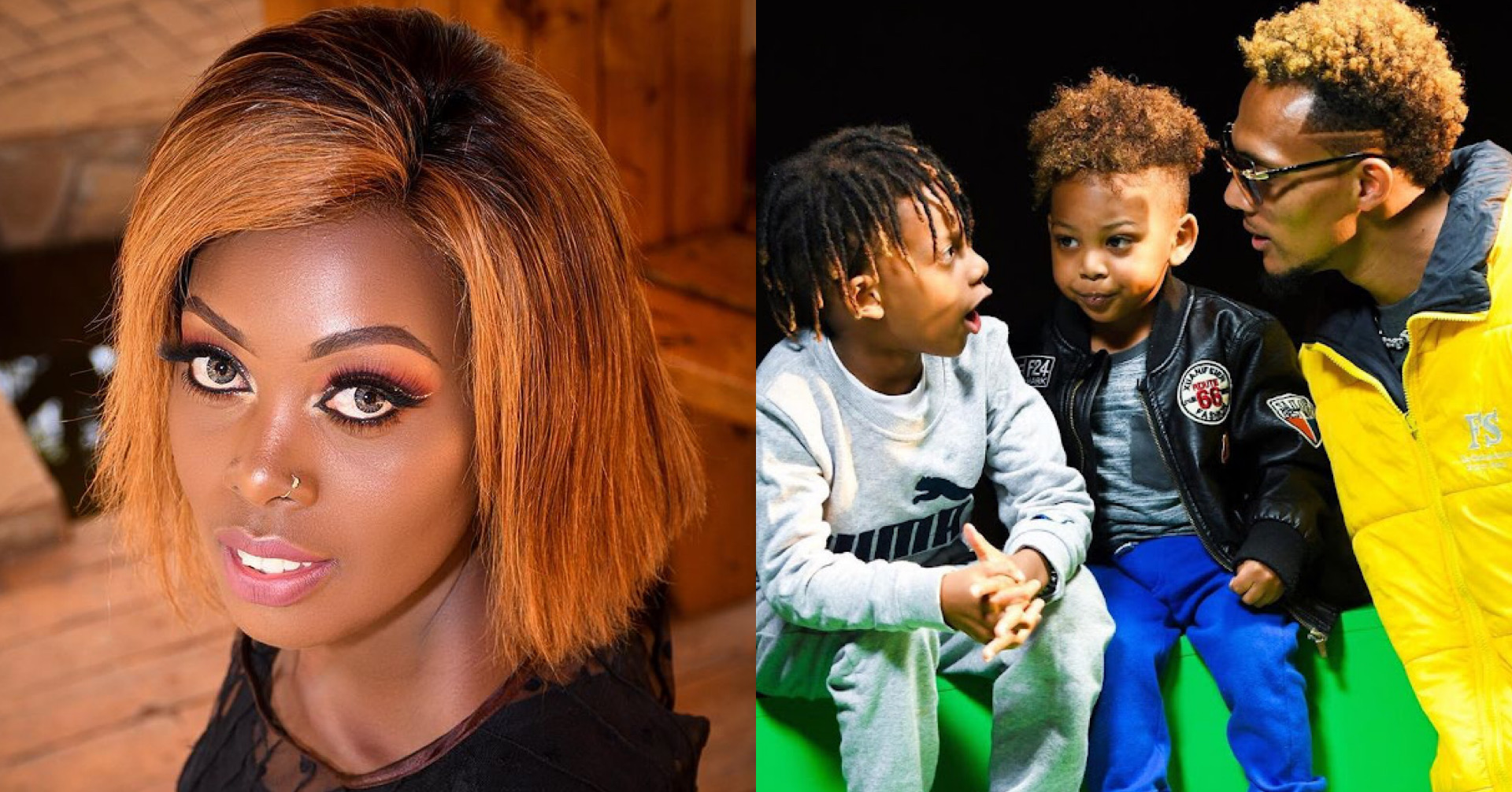 It hasn’t been easy for KRG’s family nor his ex wife, Linah’s family following ugly breakup that ended up on social media. From what we’ve heard is that the two no longer see eye to eye and would rather tarnish or embarrass each other on social media than peacefully settle their differences.

So far KRG the Don has said some nasty things about the mother of his 2 boys and if you thought he wouldn’t go any lower, he shared a copy of their divorce papers – just to prove to himself and fans that he was indeed separating from her. 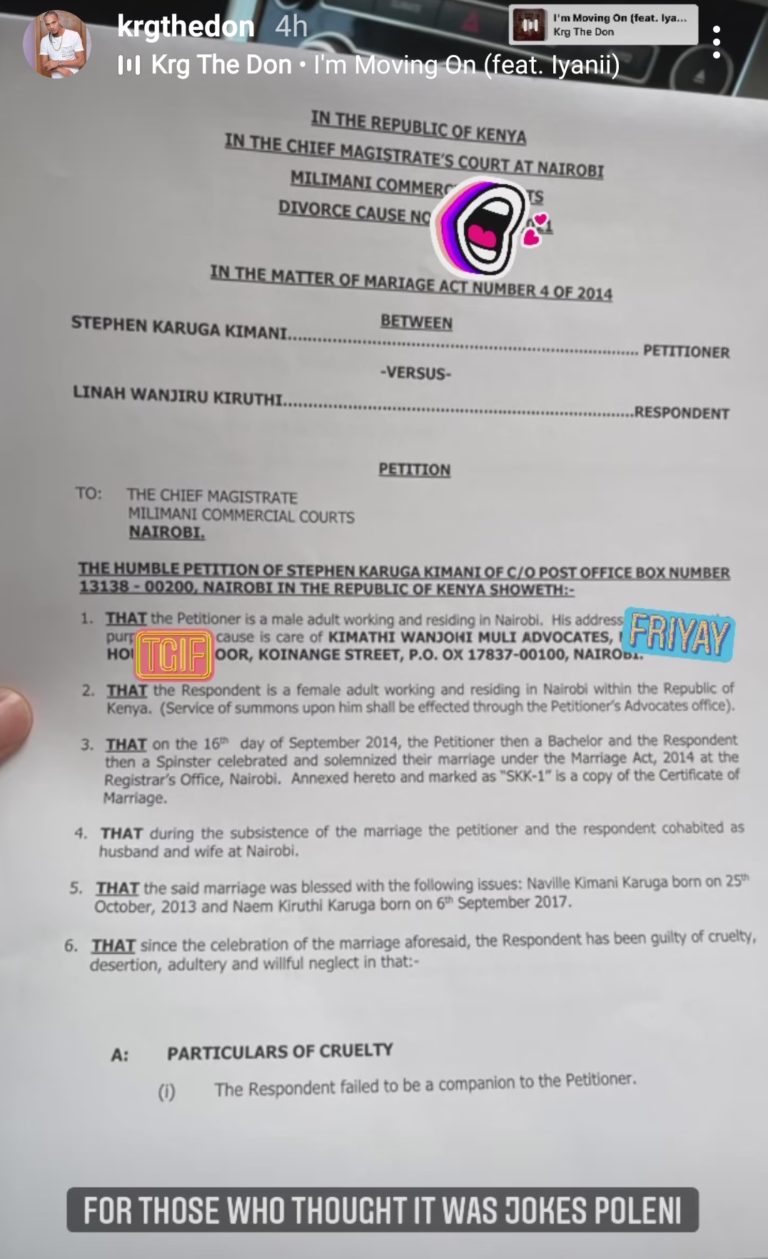 But again, fans felt he was working overtime to prove himself as the Alpha male; yet – it’s obvious that Linah was the one who walked away hence leaving him with a broken heart.

Mmmh…kind of like Mulamwah’s situation – but now without the dramatic sickening bloody receipts to explain theory behind separation.

KRG warming up to ex wife

Anyway, with KRG and Linah’s breakup not so  fresh anymore and the Holy month of Ramadan here; we have reason to believe that The Don may have softened his heart allowing ex wife to see their two boys. 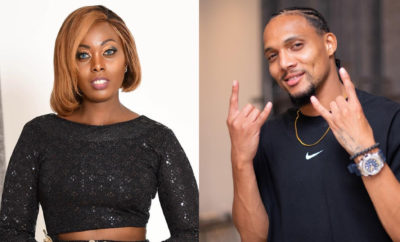 If I am not wrong – KRG claims he is a Muslim and him having beef with ex wife especially during the holy month – means his fast wouldn’t be accepted by the Almighty….. which may explain why Linah just shared a new photo in the company of her boys.

Well from the numerous photos shared on page, we believe that she got to hangout with her sons; and just like any other mother she couldn’t help but gash all over her baby boys. Although no captions were used, she synced her photo with I love you always forever by Betty Who to express her love for her babies.

Although we don’t know how long she has the babies…at least mama got to see her cubs!

Here is the lovely photo. 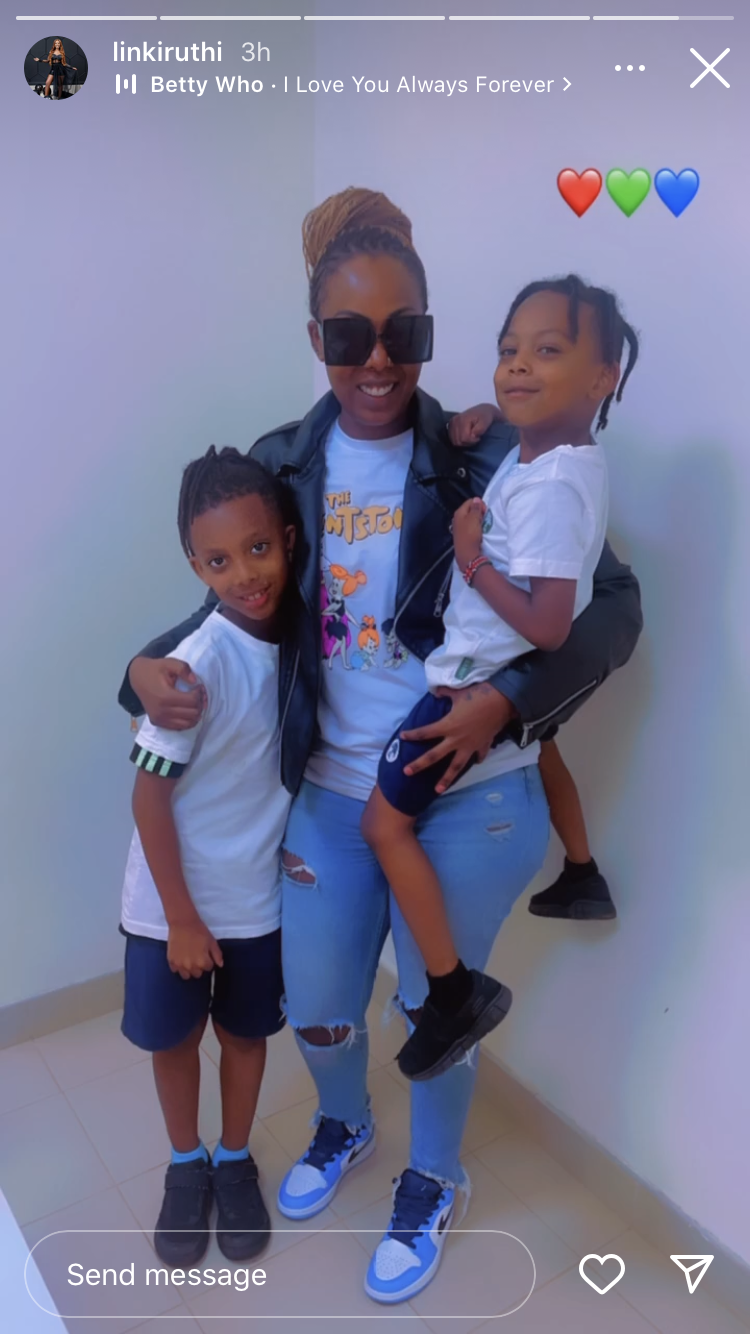