Harmonize Over The Moon As Kajala Accepts His Proposal (Video) 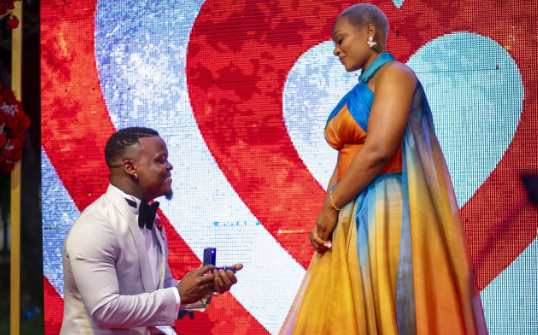 Over the weekend, Tanzania’s musical star Harmonize went on his knees to make his intentions known to actress Fridah Kajala. Konde Boy was on cloud 9 as his proposal was gladly accepted by Kajala; whom they had a tumultuous relationship with.

All in all, the musician is not good when it comes to relationships, and he’s a protege of Diamond Platnumz, who doesn’t settle on one chick. After breaking up with his Australian ex Briana, Harmonize weighed his options and decided to beg for forgiveness from Kajala- who was very reluctant to give the singer a 2nd chance.

In the grand scheme of things, Harmonize wouldn’t stop at simping since he had already spent a fortune to woo Kajala back. He bought two Range Rovers in the name of impressing her. And she sporadically changed & listened to Konde Boy’s plea. 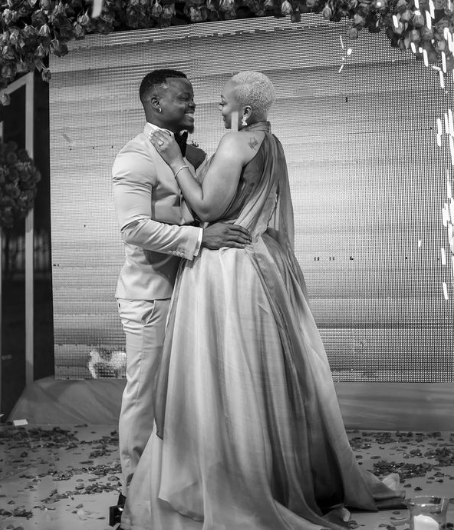 After winning back the love of his life, Harmonize decided it’s not time to be tardy and had to put a ring on the mother of one. In a series of posts made by the singer, he expressed delightment upon the success of his proposal.

”FINALLY SHE SAID YESS 💍❤🤯 @kajalafrida,” one of his posts read.

And without forgetting the hassle Harmonize had to undergo, he was still in disbelief that he actually won her back. He continued;

As for Kajala, it was also a damascus moment during the proposal as it means she’ll be getting married soon enough.

Watch Harmonize as he proposes below;