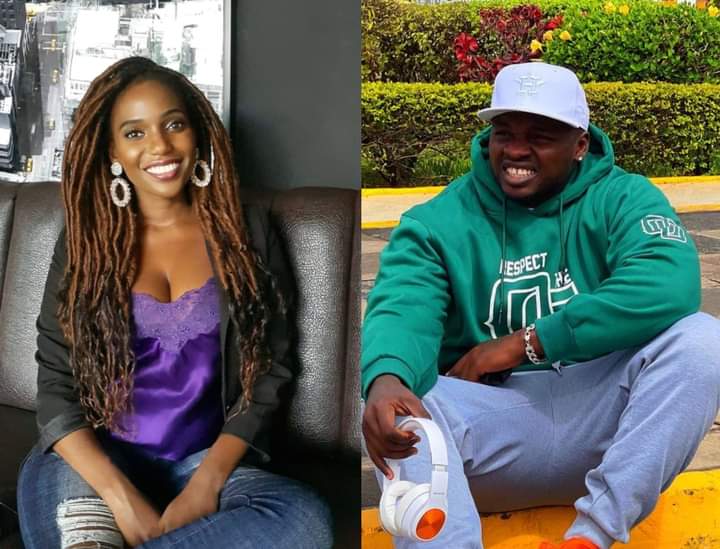 Award winning musician Khaligraph Jones is on the spotlight for being a deadbeat dad-allegations made by his own baby mama Cashy Karimi. The musician recently flaunted a multi-million mansion that he’s still building within the city via his Instagram.

The OG has however been called out by Cashy for splashing exorbitant amounts of money on building such a picturesque house yet he is not taking care of his own child.

She shared the same during a recent interview with Ankali Ray on Milele FM;

She continued to claim that Khaligraph has been demanding custody of their kid; who just joined school- but he is not showing interest in cost-sharing to bring up the kid or school him.

Cashy Karimi purported that she does not know why Khaligraph is not willing to cater for his child’s needs; adding that he should be interviewed on the same.

Last week, Cashy threw shade at OG’s wife for terming him as the ‘best daddy’ while celebrating him for turning a year older. Cashy claimed the singer doesn’t deserve such a title for neglecting his own blood.