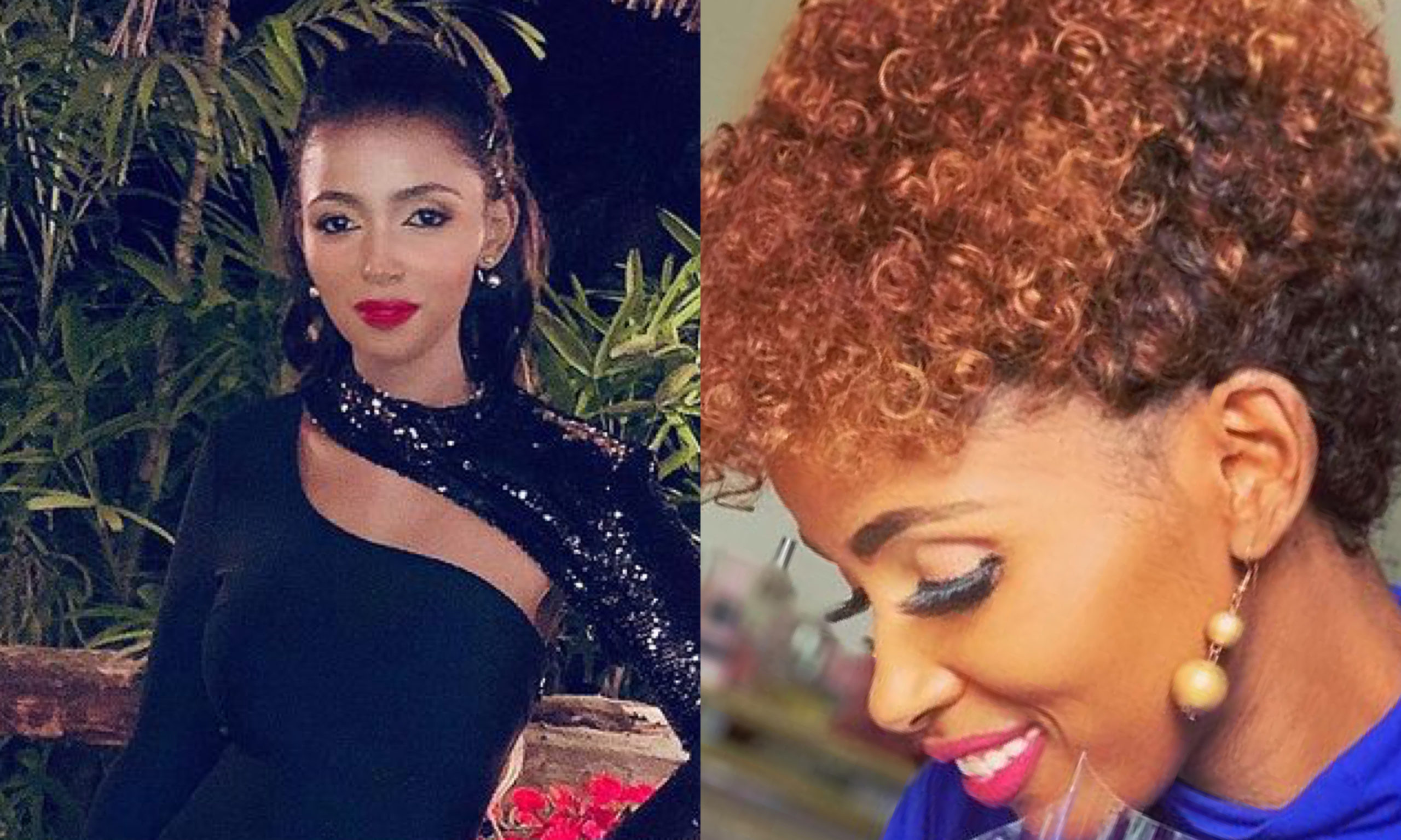 Anerlisa Muigai has everything any woman would desire. She has a perfect life that is a husband, job, money and anything else you can think of.

Going through her IG page can literally drive you into depression but thanks to new photos shared a while back; fans have realized that she also has her own struggles and is not as perfect as they had assumed. 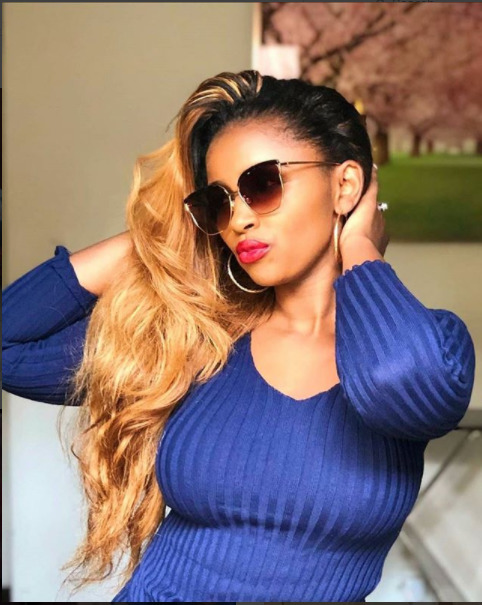 Well this is after Anerlisa Muigai changed her hair do to try something new but unfortunately her hairstylist this time around failed her badly. I mean badly. As seen on the photos Anerlisa appears older than her usual self and something about her body language says she was not comfortable taking the photos.

Anyway, fans on the other hand could not help but leave some funny comments trolling the lass for the cheap hair do. Most asked her to fire her hairstylist while others showed concern for her two skin tones.

Although it’s clear to see that the color difference was caused by makeup; the critics could not let this opportunity of trolling Anerlisa slip off their fingers. One wrote; 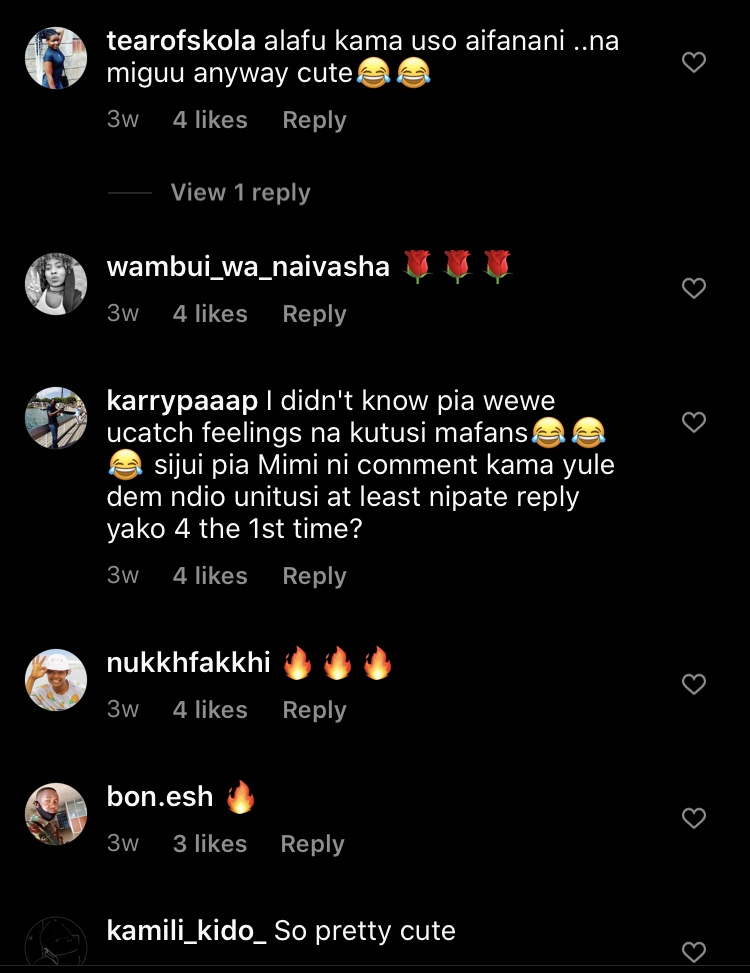 About the hair, one fan wrote; 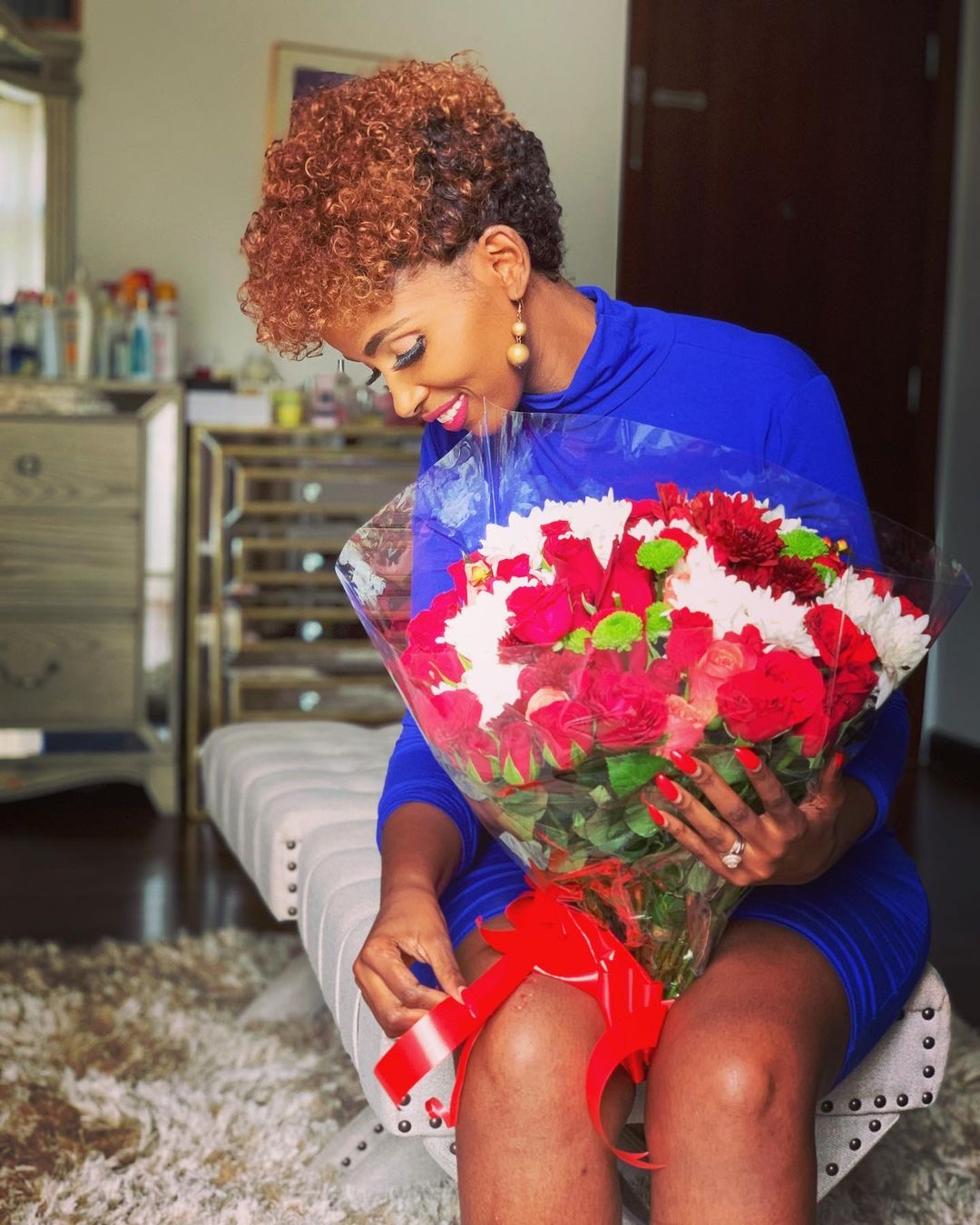 For more comments check out the screenshots shared below. 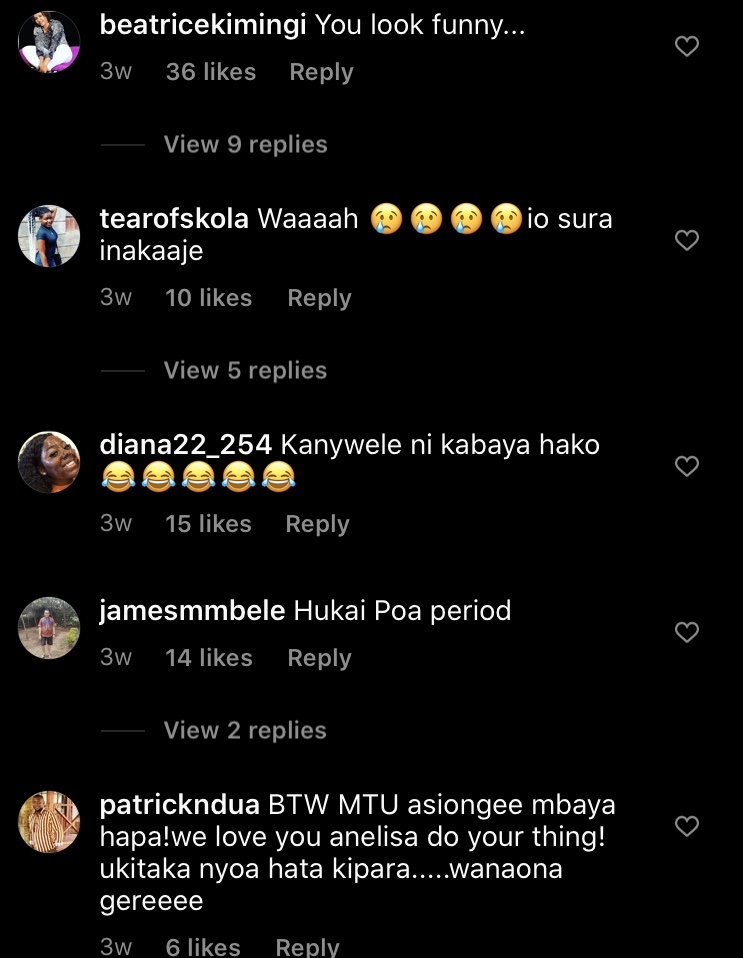 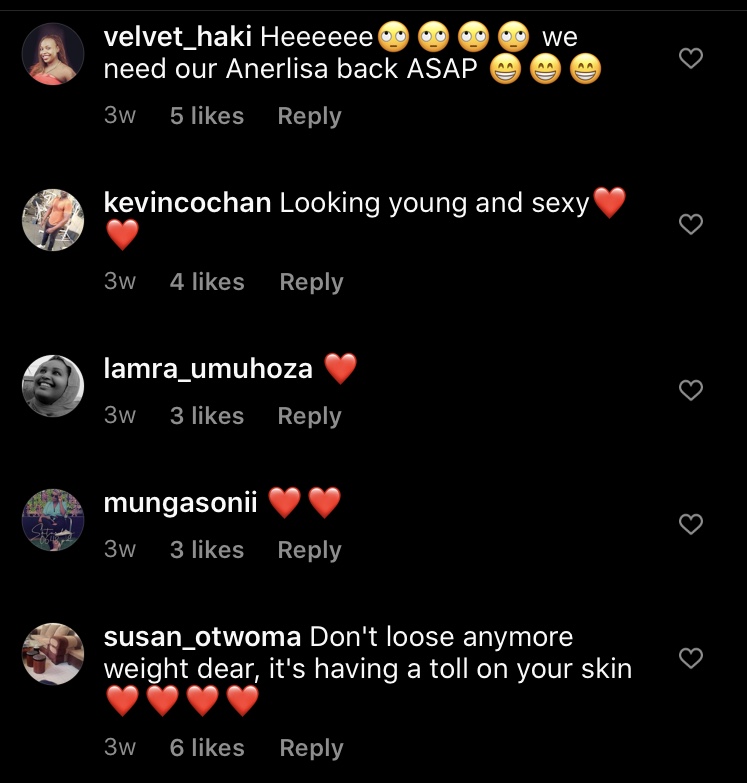