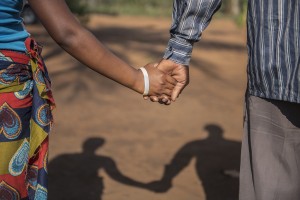 Kenyan men have impeccable skills when it comes to enticing women into loving & sleeping with them. Recently, a research done by Kenya National Bureau of Statistics (KNBS) through a report identified as Kenya Demographic and Health Survey (KDHS) in 2022 showed that the average number of sexual partners among Kenyan men is 7.4.

In the current generation, not many people are able to cosset relationships like our predecessors. Nowadays, even marriage doesn’t assure anyone that they’ll have a happily ever after. In fact, a couple of relationships are dissolved after marriage. You’ll have to conduct a reconnaissance before you engage yourself in a relationship that will only leave you in the lurch.

In a recent survey, women from Murang’a County were on top of the list. They’re more likely to have more than two sexual partners.

Men from Migori County recorded the highest with more than two sexual partners at at 28.7%.

Elgeyo Marakwet followed at position two with 28.5% while West Pokot came third at 27.2%.

How Hard Can It Be?

Both men & women have come out to speak on their ‘body count’ and why they ‘exchange’ partners. For men, it’s easy peasy when you have the cash to maintain two or more women. But some have claimed that it’s not all about the cash. It’s all about your vibe & ability to entice a woman to sleep with you. Others are managing two or more wives by simply setting up businesses for them to depend on; while they reciprocate by taking care of the family as co-wives.