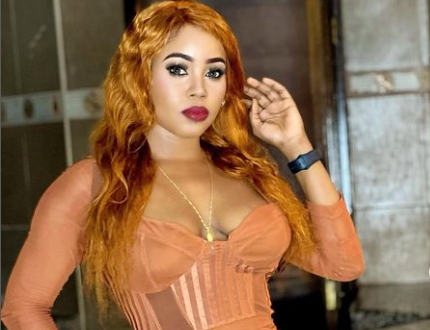 Popular Kenyan socialite Trisha Khalid is among the hotties that we’re blessed with in the 254. Her impeccable beauty and curvy physique intrigues everyone; not forgetting her bubbly character and sense of humour.

She has been among the numerous actresses who have kept netizens following up on who she dates. For a long time, she has been rumoured to be dating ‘sponsors’ who enrich her lavish lifestyle.

The socialite has come clean on the accusations. Ironically, she has accepted that she has ever dated men for money. And indeed, they have enriched her lifestyle. Like Diana Marua, Trisha has not denied that rich men have been part of her lifestyle- more of an escort, right?

Either way, Trisha is a don’t care who would rather speak her mind than hide things to her followers.

Interestingly, the curvy socialite and actress has admonished her female followers not to be afraid of dating sponsors. In a recent interview, she maintains that the important thing is investing the money that you receive from  such men. She claimed that they should not borrow petty money, but rather an amount that can help them invest.

Trisha currently owns a Mercedes Benz; allegedly bought by her sponsor. Maybe it’s the money she invested that’s giving her good returns, or not. What do you think of her advice?