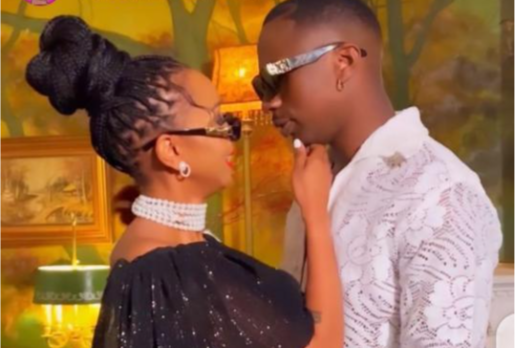 Flamboyant socialite Huddah Monroe is not buying the fact that church going guys are better than those who don’t. According to Huddah, such people know a lot and would give more life knowledge than the church going fellas.

The businesswoman recently left tongues wagging by disclosing that she was once married- to a drug addict.

Sharing her experience via social media, the Huddah Cosmetics founder explained that she got married at the age of 19 for four years.

She, however, explained that she couldn’t continue with the union as the man was addicted to drugs. Because they had no child together, Huddah says the decision to end their marriage was easy.

“I was married for four years at 19. We didn’t have a child and I divorced because the man was a drug addict! I wasn’t famous so I didn’t need to advertise it,” she revealed.

For all we know, Huddah is not one to publicize her relationship(s). And the latter might be true. 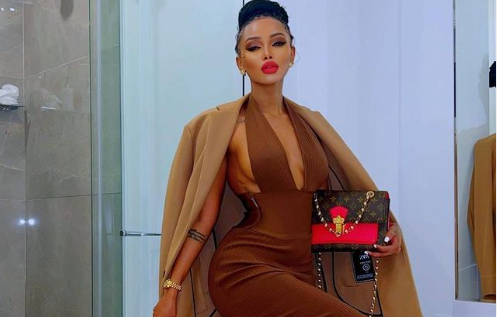 But the latter was a choice she made. And still, she’d rather repeat the same. She shared her sentiments via her Instagram stories, adding that good people like pastors are also thieves; 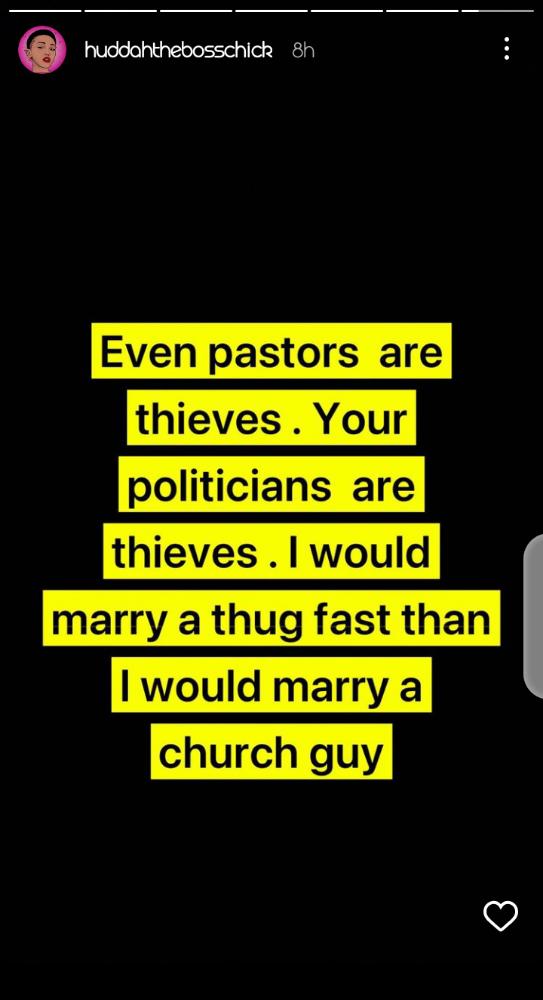 ” When black men say they can’t marry a whore that’s the beginning of their end. Hoes know too much they’ll teach you street shit u don’t know about in this life that your church girl won’t teach you!” 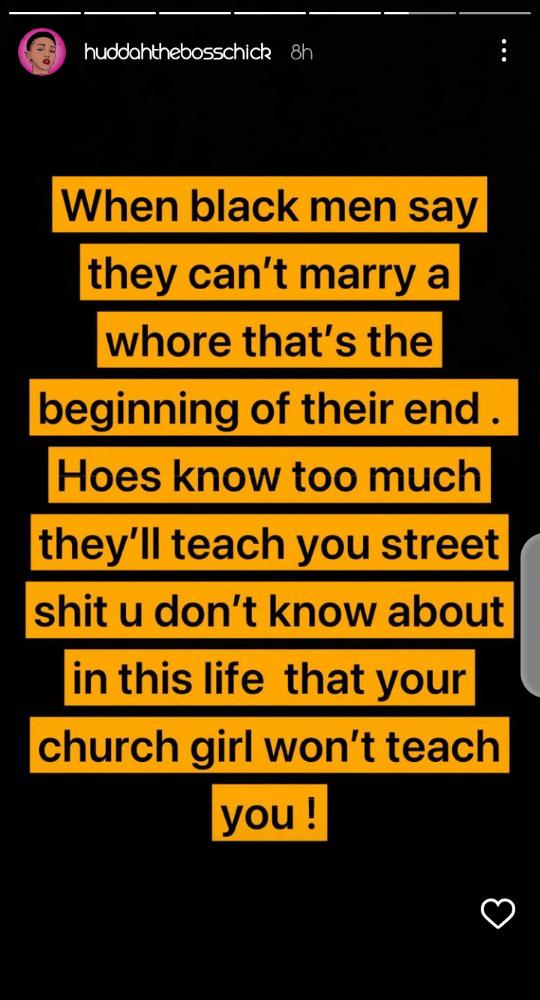