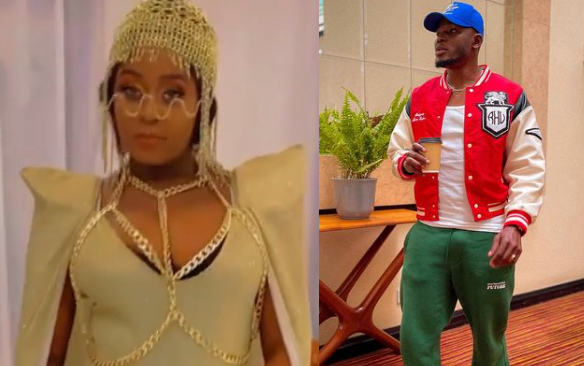 About 3 days ago, women gathered to celebrate their men on International Mens’ Day. Unlike women’s day, the day wasn’t as hyped. To be honest, most men weren’t appreciated well enough- considering the stereotype that men shouldn’t be cosseted like women- a man is a man.

For some like musician Nadia Mukami, celebrating her husband was imminent. But the manner in which she celebrated him had a lot to depict. To begin with, the singer did not post her hubby on her socials. Instead, all she did was to thirst trap men with her dance moves. Doesn’t make sense, right? At least post a photo of your husband then appreciate him.

Read also;Nyashinski Not Far From Downfall: Here’s Why He Should Quit Rapping And Stick To Singing

”To my baby daddy aka love of my life who’s always helping me take care of the baby Kaai, 22/7. Bruh especially in the morning since I’m not a morning person at all. Thank you!”

Now, from her caption, we can discern that Arrow Bwoy (Nadia’s husband) is merely a baby sitter; and not the ‘man of the house’.

The only thing he appreciates him for is being able to take care of their toddler, and not being the provider et cetera. While some were celebrating their men meticulously, Nadia decided to show her moves and belittle Arrow Bwoy in the masculine space.

In conclusion, these are the struggles that men have to undergo yet they’re not being appreciated enough.