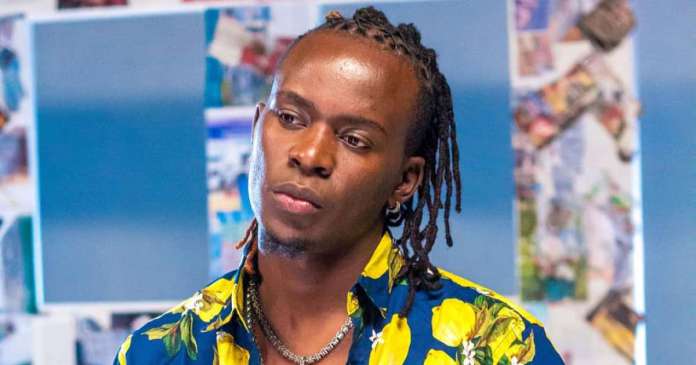 Singer Willy Paul is either having trouble with his management; or the fella is hyping an upcoming project that will feature bad man, Rekless. Well, this is how fans feel about the whole ‘misunderstanding issue with his management;’ as most question why he can’t up and leave.

However according to Willy Paul, he has a contract that ties him with the management; and since he cannot release any project without their consent, all he can do is make noise through his posts.

So far we have seen him call out the ‘management’ for claiming gengetone artists have zero content in terms of lyrics; adding that this is the reason why his song featuring Rekless was not among the songs on his Songs of Solomon album. 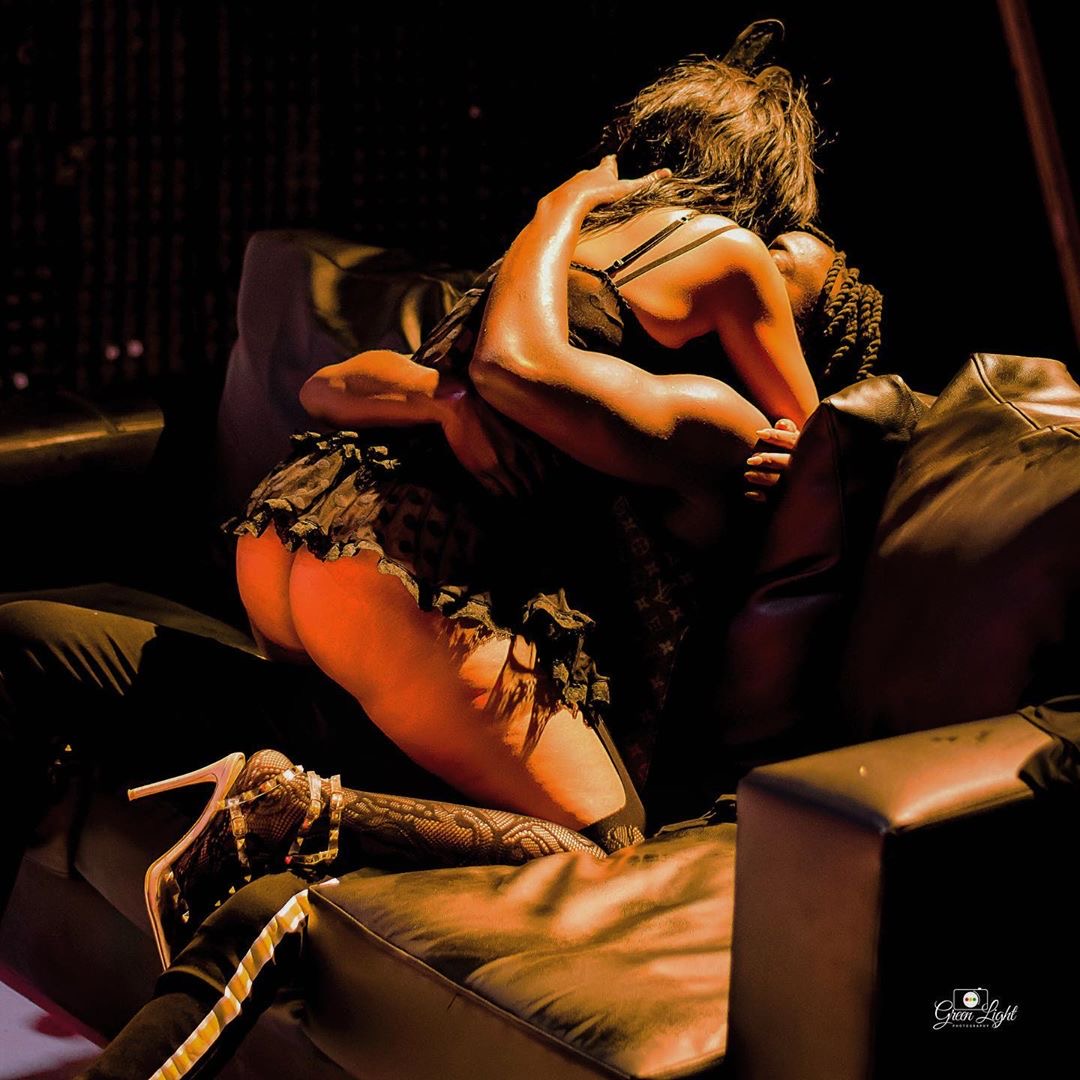 Seeing that most people feel that he is creating hype for an upcoming project; Pozee quickly shared yet another post explaining himself. According to baba King Damien, he has no reason to clout chase; but his only mission is to ensure the young Gengetone boys are given the respect they deserve. 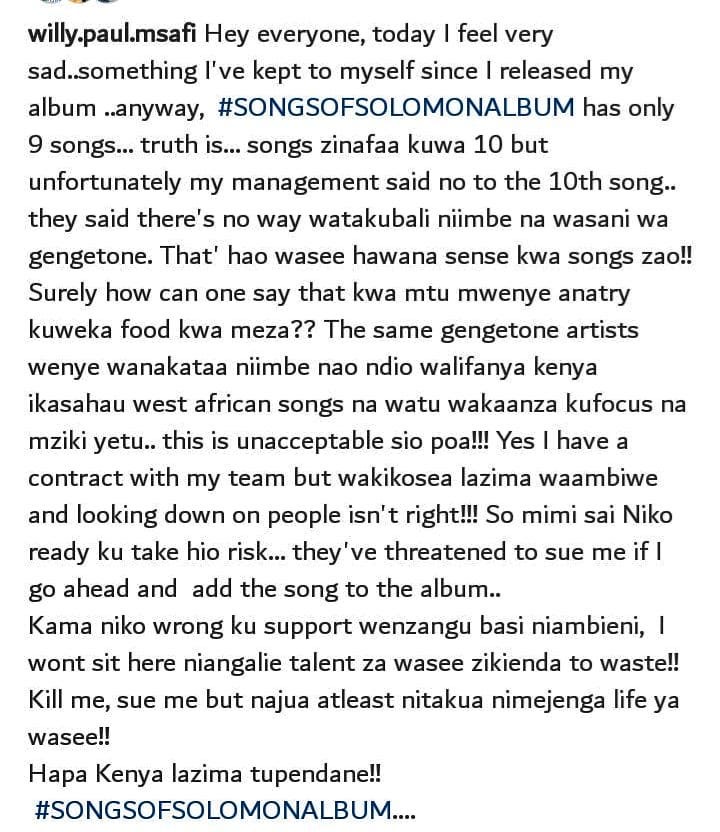 Morning, so I posted this piece here yesterday and kuna wale walisema ni kiki!!! All good though. Endelea kupiga mdomo hapo, one day your relative or even ur child will face the same. Hapo ndio utajua haujui nkt!! We must stop this. We must come together, we must unite there’s no way out. Don’t look down on someone just because you think ur better than them! Charity begins at home..and I’m setting that example now.. wasanii mnasikia?
#SONGSOFSOLOMONALBUM had a bonus track na gengetone artists. My management removed the song from the album without my knowledge manze. Wakasema I have a contract with them, a contract that must be followed! Ati they only want the best for me.

To his manager, Pozee went on to rant saying;