Betty Kyallo and Dennis Okari separated after only 6 months of marriage. The breakup was a dark chapter in Betty’s life but she managed to overcome the pain she was feeling.

Betty Kyallo recently opened up about the mental suffering she went through after her marriage crumbled. The KTN anchor was featured on Sunday Magazine of Standard Newspaper where she narrated everything.

The mother of one highlighted 11 points that helped her over come the pain she felt. 5 point out of the 11 points Betty stated were the most crucial.

Allow yourself to weep

Betty says crying helped her a lot when she broke up with Okari. She explains that it’s fine to weep even for a full month.

“When I was in the heat of it early last year, I went off social media completely. I deactivated and deleted every social media app from my phone – Facebook, Twitter, Instagram. I had to grieve in peace and be in a reflective space. People want you to lose your job, and sometimes you actually go ahead and lose the job, or lose your relationship or a big business deal.

“It’s OK to feel sad, cry, mourn, even if it is for a day or a week or a month or two. Everybody needs that. If you find yourself moving on from such things without thinking about it or feeling anything, there’s a problem. If you do not do it, at some point it will catch up with you,” says Betty. Betty Kyallo with her ex husband and daughter

Betty says that knowing other people also experienced what she went through helped her get through the dark chapter of her life.

“What helped me go through my very public battle, knowing that there were so many people’s eyes on me, was knowing that none of them were perfect, and neither am I. As much as you have many perfectionists out there trying to tell you what is wrong and right, remember that nobody is perfect.

“When you remember that, you will not try to live a life that is not yours. It’s OK and human to make mistakes. Everybody has a struggle. Even Richard Branson with his islands and aircrafts. You could have a lot of wealth, lots of property, a gorgeous wife or husband, gorgeous children, but maybe you’re suffering from a long-term illness. That’s just life. Our battles have a way of balancing all of us out. We could be different on many levels, but there is that one thing that brings us together and that is normally a battle.”

Don’t be consumed in pain

Betty says it’s ok to feel pain, she however cautions that you one should overcome the pain they are feeling before they get consumed in it.

“It’s alright to feel your pain, but don’t be consumed by it. Don’t let pain make you bitter. It’s OK to wallow for some time, but know that you have to get over it before it drowns you.

“Setting up Posh Palace was definitely a comeback for me. When I see the premises while driving past it, it reminds me of my inner strength. I am still in awe. It stands for so much more than just a business. It is special to me.”

Put your trust in God 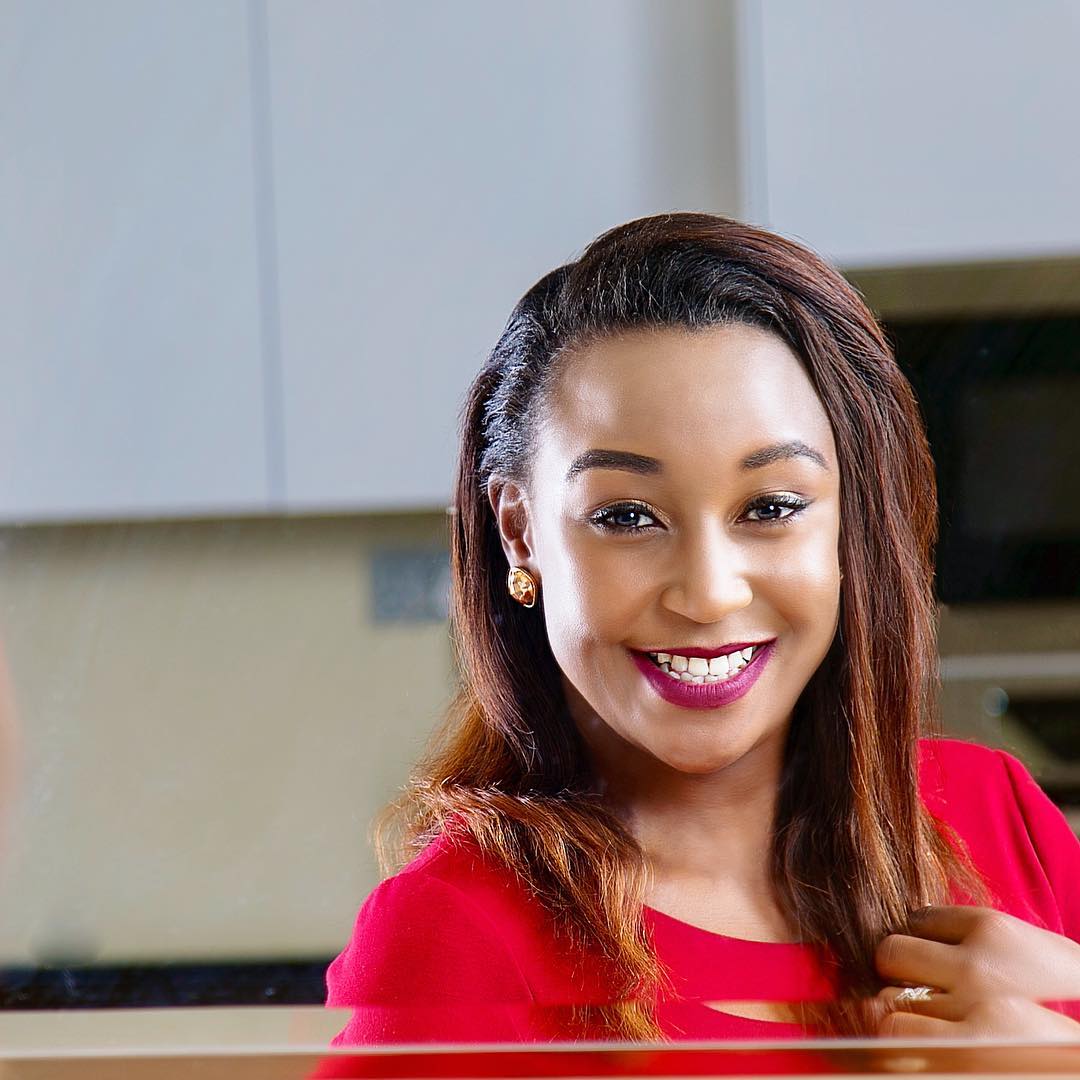 Betty Kyallo in a happy mood as always

Betty explains that God always has a reason no matter the situation you are in. She affirms that God will have your back in everything that happens to you if you trust in Him.

“Human beings, including family, friends, and colleagues let you down, but God won’t. People think God’s answer is always going to be ‘yes’, but He doesn’t work like that. Knowing that has worked so much for me because I believe that at the end of the day, no matter what situation I am in, God has a reason for it.

Sometimes we stress ourselves out asking why God let this or that happen, but believe that it all works out in your best interests. Sometimes what we think is good for us is not actually good for us in the long term. As human beings, we just see what’s right in front of us but He sees eternity. When I am going through hard times, I feel comfortable knowing He has my back. That gives me comfort, knowing there is a higher power who knows how to place things where they need to be.

Lean on your support system

Betty says her family and close friends helped her get through the darkest chapter of her life. She explains that having a support system helps one because you can’t live as an island.

“Last year I would go online, and there were all these people who did not know me but had an opinion about me. My family would go online and see it all, but it would never change how they felt or looked at me because I am one of their own. The same happened with my very close friends. I would ask them, “Have you seen what these people are saying?” And they would say, “Where are you? We need to take you out ASAP.”

Having a support system really helps because in this life you cannot live as an island. You need people who are there to support you and hold your hand. Even when you do wrong, they criticise you but they do it with love. Whenever I go through a hard time, I always go back to my support system because they are the ones who know me. They do not know ‘Betty Kyallo’. They know me. They know the things that I am capable of, they know if I actually did something or not.