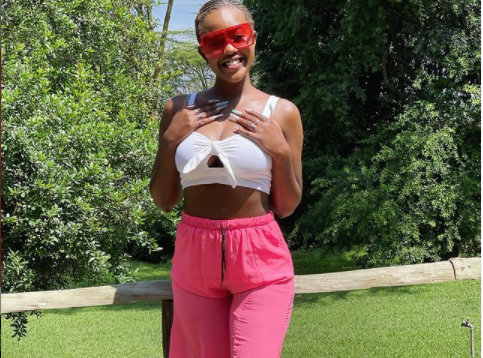 TikTok queen and actress Azziad Nasenya is an epitome of self made greatness. At only 20 years old, Azziad has not only made a name for herself in the entertainment industry; but has also achieved more than her peers in the shortest period.

Her breakthrough came during the COVID-19 pandemic when she danced to Mejja’s song featuring Femi One dubbed ‘Utawezana’. She later became an internet sensation to many; who admired her impeccable dancing skills. 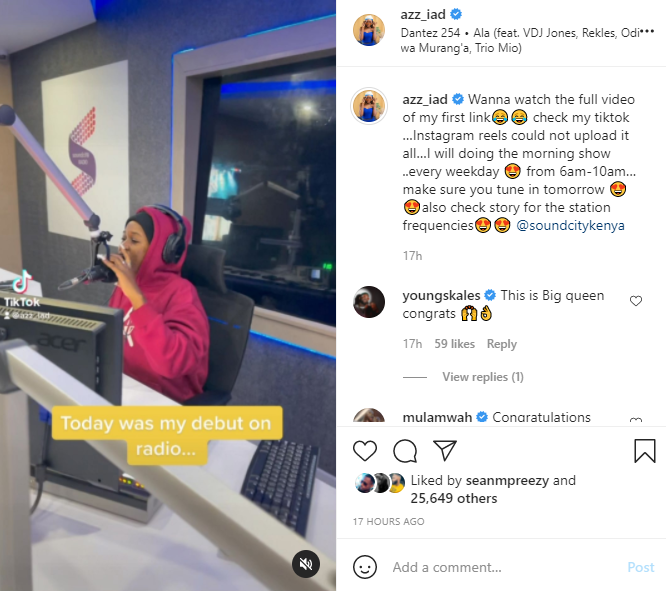 Few months later, Azziad started receiving roles on the screens; both as an actor and TV host. Fame has not been an easy fete for her. At one time, she disclosed that she received 13,000 texts on her WhatsApp after her number got leaked. Some trolled her, while others said hilarious things to her.

Anyway, Azziad is still winning big. The TikTok queen had been lowkey for a period of 2 months. Turns out, she was working on her radio project on Sound City; where she underwent training for that period. She has been hailed by Kenyans for her tremendous consistent achievements.

Questions have been asked about her journey to greatness, But Azziad thinks she has not yet made it.

”I’m so grateful to God because without him I would not be where I am today. He has blessed me… People are asking me how did you make it from Utawezana… First of all, I have not yet made it. I’m trying. We’re working on this still…”

Azziad continued to say that she might do a video on her epic journey. Can’t wait to listen to her story.