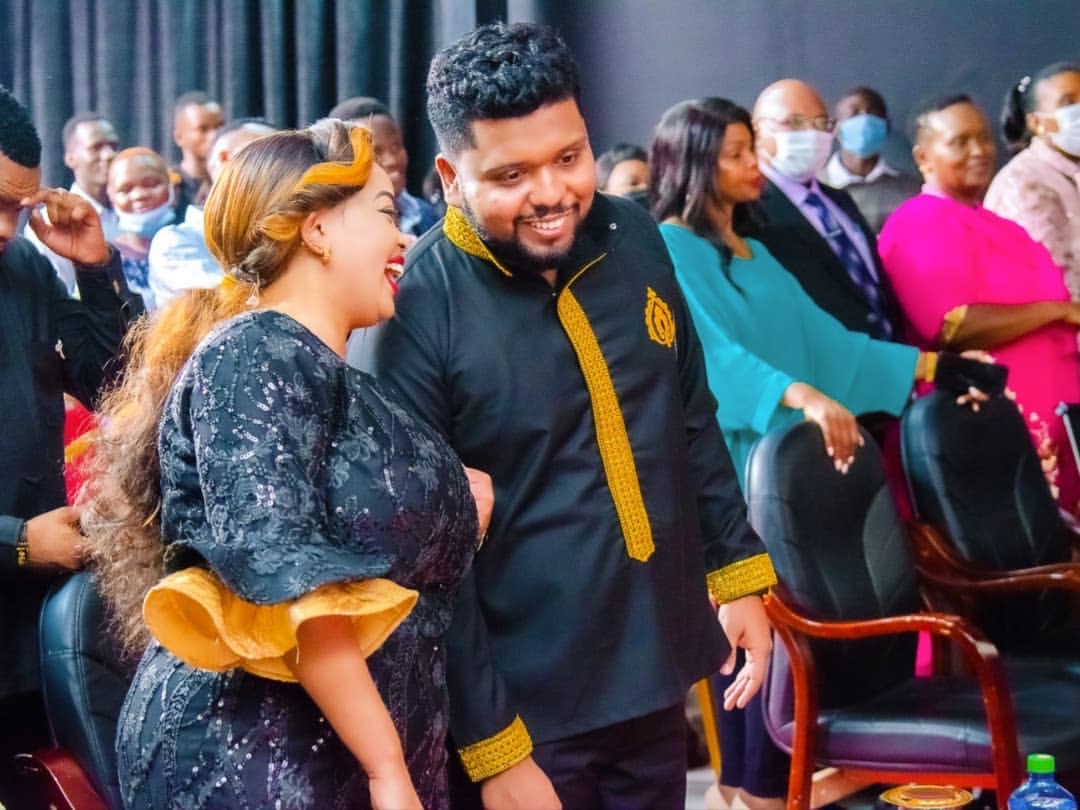 So are you the type that blue ticks or leaves people on your DM on read? If you are, then guess what – you might just be ignoring your future husband or wife; and it’s probably time to start responding. Asking why?

Well turns out that this is how Rev Lucy Natasha managed to get herself a future husband after pastor Stanley Carmel slid in her DM to catch up on a sermon they had both preached on.

This was revealed by Carmel himself in the new engagement video shared by Natasha on her social media pages.

According to pastor Carmel, both him and Natasha had coincidentally preached on a topic dubbed ‘Royal Wedding;’ but at the time, they never knew each. However one church member who is a friend to Carmel approached him with a clip of Natasha preaching on the same topic; and boy was it like something out of the a romantic movie. He said;

After my preaching, the wife of that film director came to me and showed me a clip which was 4 minutes and 13 seconds, then she said to me, ‘last night, I was listening to the same preaching from a lady preacher from Kenya and she was preaching about a royal wedding

Also read: ‘She Has Not Chosen You Out Of Desperation’- Ringtone Sends Warning Message To Rev Lucy Natasha’s Lover After Engagement

Down in the DM

Having been impressed by Natasha’s way of preaching, Carmel says the feeling felt like a spark which pushed him to DM her on social media; and since 2017, life for them has been more like a fairytale. He went on to add;

I felt the spark immediately. I said, ‘I need to connect’. I slid into her DM. It was not easy but finally, after many many tries…it is very hard to get the heart of a queen, we met for a kingdom assignment in the USA and the rest is history.

And just like that, they both fell in love and could be planning their royal wedding that is judging from their engagement photoshoot that went down this weekend.