Betty Kyallo has finally left KTN, she hosted her last show on Friday August 3rd. She broke down in tears while bidding her fans goodbye during her last show which she hosted live from KICC.

Betty Kyallo gets emotional during her last show on KTN

Betty’s last wish before leaving KTN was to host Prezzo. For starters, Prezzo caused drama in January 2016 at KTN when Betty Kyallo last hosted him on Friday Briefing.

Prezzo turned up at KTN for interview with Betty Kyallo while drunk like a fish. The rapper started flirting with Betty who at the time was still married to Dennis Okari.

He even fondled Betty on live broadcast prompting the KTN anchor to call for a commercial break just to get away from him.

Betty Kyallo said she wanted to host Prezzo on her last show on KTN when her sister Mercy Kyallo reminisced about the 2016 incident.

“What a sweet bubbly, humble, energetic but sometimes stubborn & annoying soul you are. Preparing to watch the last Friday Briefing tonight. My best one was when Prezzo was the guest anchor. Live TV can be hilarious! Anyway to new beginnings,” wrote Mercy Kyallo on IG.

“Ati ya Prezzo? Kwanza he should come for this last one, we bury the beef,” Betty Kyallo commented on Mercy’s post. 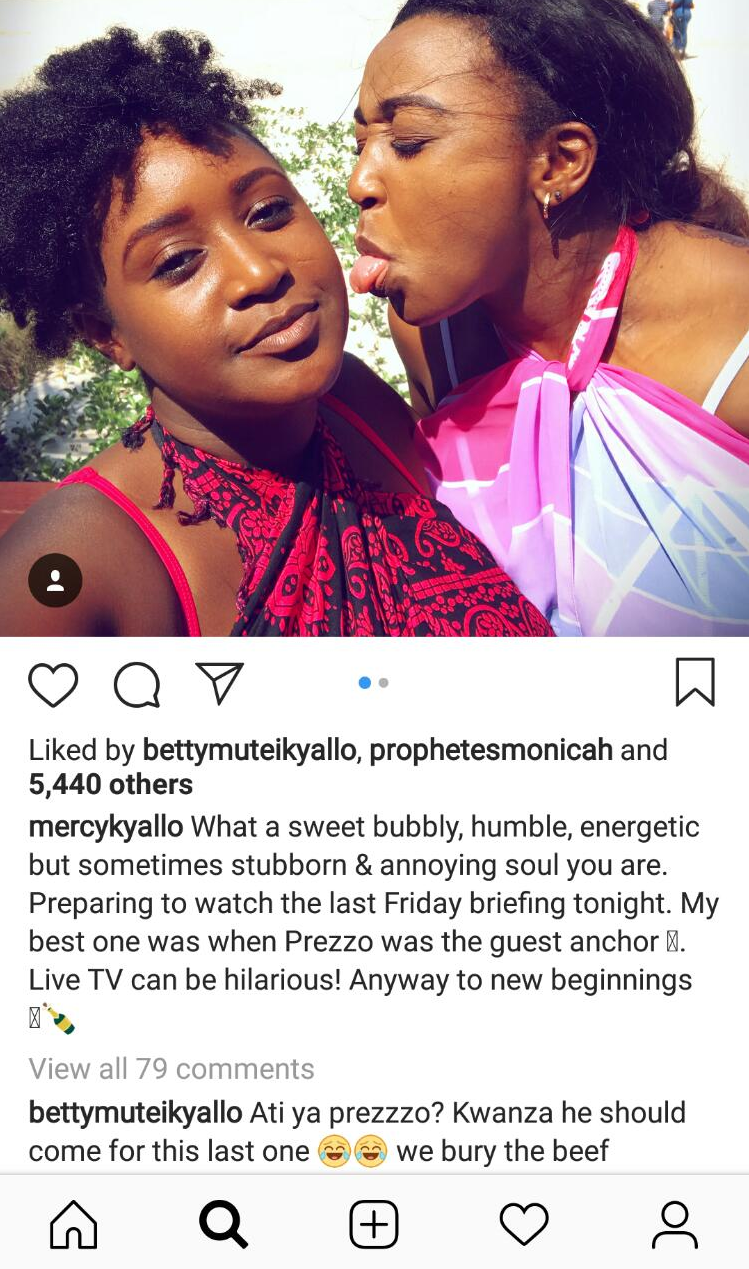