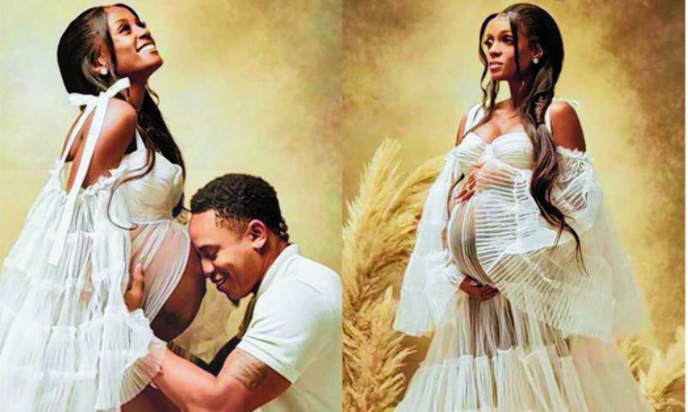 Actor & singer Rotimi and his Tanzanian girlfriend Vanessa Mdee are expanding their family. The couple recently went public to announce that they’re expecting their 2nd bundle of joy.

To spice things up, the two are expecting a baby girl.

Taking to social media, in photos shared by the two, the pair revealed in style they are expecting a baby girl as Rotimi opens an umbrella that releases pink confetti that rains over the couple in what seemed like a gender reveal party. Vanessa could be seen leaping in joy as Rotimi revealed the gender of their unborn.

Vanessa Mdee wrote on her timeline;

The 33 year old actor and his singer/songwriter fiancée are expecting their second baby together, The couple is already parents to a son monikered Seven, whom they welcomed in September 2021.

The pair later got engaged on Dec. 30, 2020, in Atlanta- after meeting at an Essence Festival afterparty in New Orleans and have been “inseparable ever since,” as Rotimi put it. Vee headed back to Africa [at the time], but we quickly realized we couldn’t and didn’t want to live without each other.