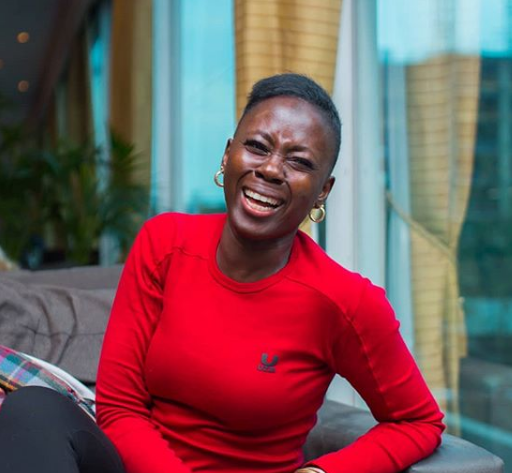 Lately singer Akothee has been throwing shade through her social media pages talking about why minding your own business as a person is important. At first it looked like she was just doing her regular thing until todays post where she called out one of her siblings for envying her. 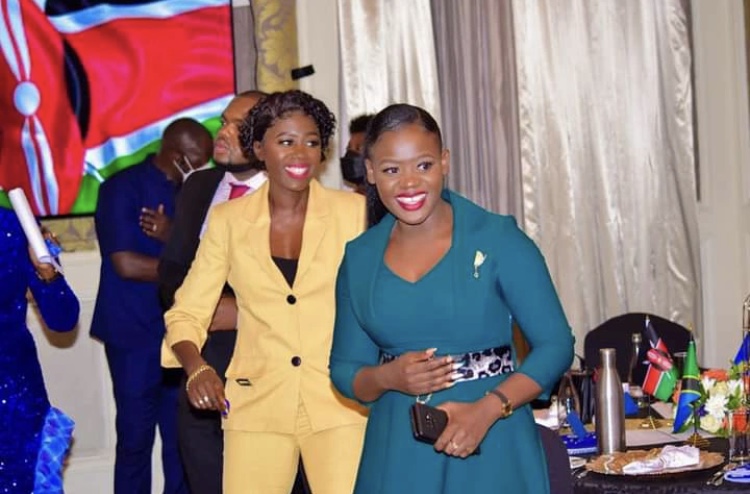 Although the sibling she threw shade at is not named – netizens in the comment section believe she is beefing with her younger sister Cebby. Not quite sure where but rumor has it that chances are that the sisters are beefing because of wealth.

Apparently one feels jealous of the other sister’s success and instead of accepting the little offered to her by the rich sister – she (the jealous one) goes on to bad mouth her.

Last time, the two sisters were said to be beefing over the same issues and barely a year since that incidence they’re back to it again.

If not for the post shared by singer Akothee where she wrote;

Well there are those siblings who will constantly hurt you, cause you pain and feel like nothing happened. Cease & desist. Guard your peace ✌🏽 Sijataja mtu 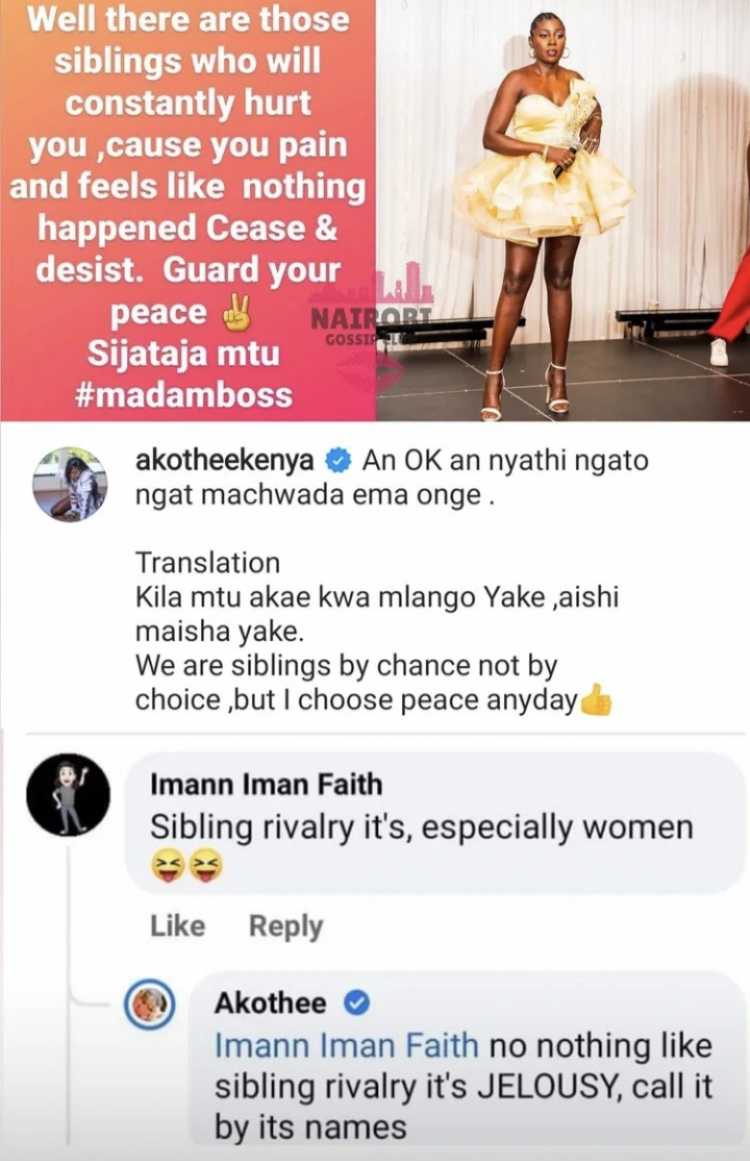 And respond to a fan who jokingly wrote;

To which Akothee responded saying;

No nothing like sibling rivalry it’s Jealousy. Call it by its name.

Well, I guess this is another story of Joseph and his brothers relived again.