“Its okay kwani who said this is the last child I’m having?” Janet Mbugua speaks of disappointment at the delivery room 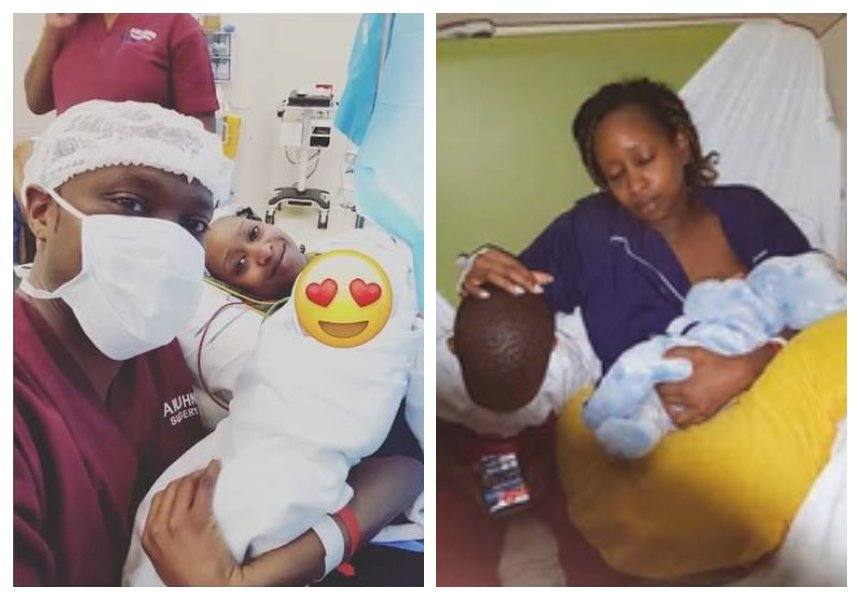 Janet Mbugua was deeply disappointed on the day she was wheeled to the operating theater to deliver her second child. The former Citizen TV anchor gave birth to a bouncing baby boy Mali Mwaura Ndichu on 17th September 2018.

Janet didn’t want to go under the knife again to give birth, she was really looking forward to push her second baby out of her.

“I want to push this baby… this time I’m being so intentional about pushing. Really for me the main reason is that I don’t want to go through another surgery, it’s really that simple. However, if that’s God’s plan, I’m not going to fight it,” said Janet Mbugua weeks before she gave birth.

Janet recently released a video detailing the birth of her second born. She reveals that she was forced to have cesarean birth after having contractions for 10 hours with little dilation.

“The contractions started a 1:15 am and went on by 11am I was one centimeter dilated so it wasn’t really changing so we decided because the water had raptured that surgery was the best option,” said Janet Mbugua.

She however hasn’t lost hope on normal delivering, the mother of five stated that baby Mali Mwaura Ndichu is not the last she will have.

“I know I wanted that vbac story but its okay kwani who said this is the last child I’m having? So long story short we did the CS and our baby boy was safely delivered into the world,” Janet said.

Watch Janet talk about the birth of her second born in the video below: