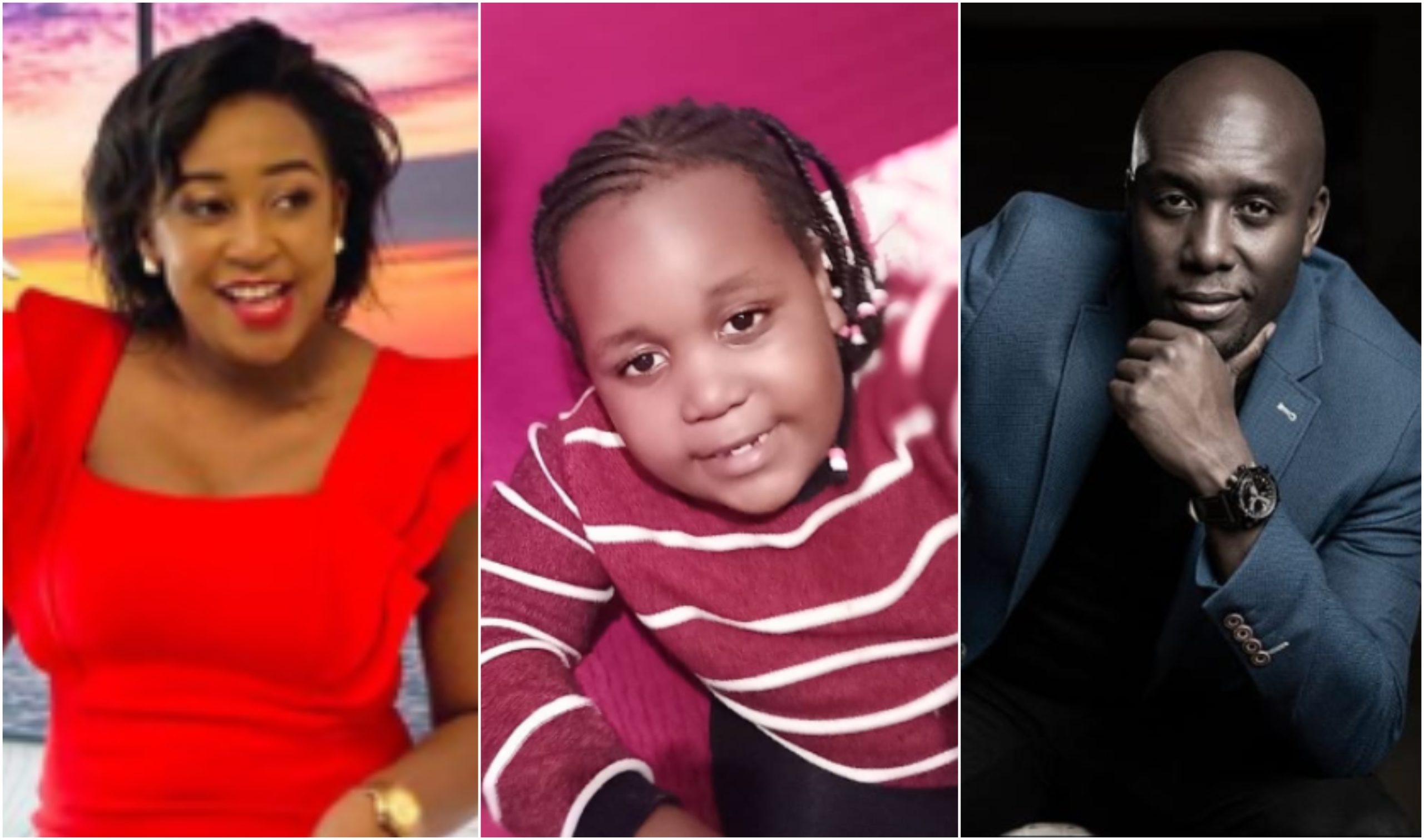 Betty Kyallo´s YouTube channel has only been giving us more insight into the media personality´s personal and family life.

This time, she was open to discuss her celebrity crush and how co-parenting with Dennis Okari has been fairing.

The bubbly TV girl spent the day running errands with her youngest sister, Gloria Kyallo and her close friend, Karen.

Betty was taking us on a tour to the carpet center that is handling her beauty parlor´s renovation furniture sets, as she preps to relocate to a much bigger space.

Also read: Betty Kyallo responds to getting fired from K24

On their way to the place, Betty revealed just how much of a daddy´s girl Ivanna is, always opting to go out with Dennis Okari than with her.

Imagine Ivanna has actually refused to leave the house. She only does it with her dad. Mimi, okay she did once but I don´t know why she refuses to go with me. I even told her today morning, ´mummy, let´s go for a drive´… but imagine she refused. 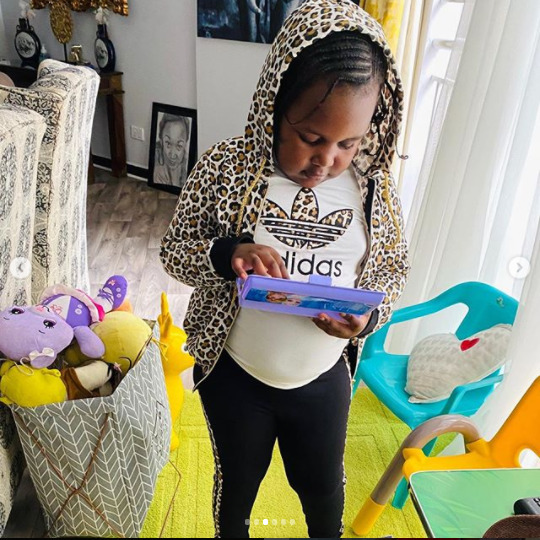 Betty´s co-parenting with the celebrated NTV journalist, is proving to be pretty smooth and not much of a big deal after she revealed that today morning, Ivanna was set for a date with her dad, Okari.

My baby is becoming a sweet little girl 🎈🎈 She chooses what to wear. She likes dresses and track suits just like me❤️ . She chose what to wear today because she had a date with her dad.

Unfortunately, Ivanna is already all grown now and is no longer in the business of warm cuddles or sweet kisses from her mother and this makes Betty sad.

She doesn’t like cuddles anymore. I have to beg for kisses, she gives hugs easily and she doesn’t like oats anymore😆. I’m happy God Gave me a second chance with her. 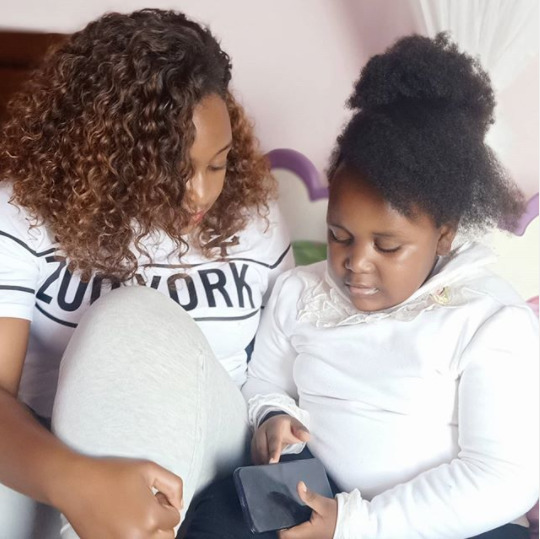 Away from that, Betty was previously spotted snuggling with an alleged Somali guy months after her breakup with Okari.

But for a while now, we are no longer seeing the arms, legs or even curled up hair of this guy taking over Betty´s heart.

During their trip around Nairobi, the three girls were caught on camera drooling over random hunk guys on the streets. 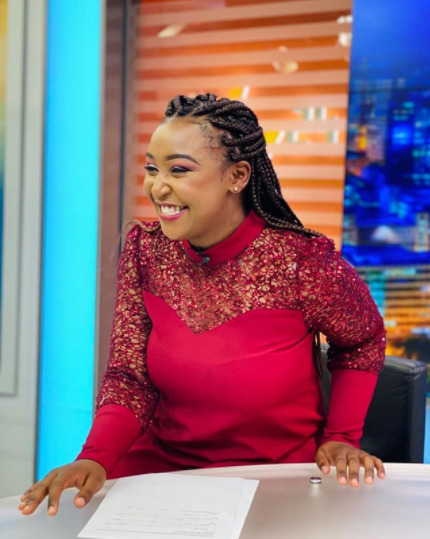 That´s a handsome guy. Wah! have you seen him? Heh! he´s handsome my gosh! Kama kitu ni nzuri, sema. He has a kid, wrapped on his chest as he pulls the stroller and if he has a kid, he´s good. That´s a sure pass.

On a different occasion, Betty gushed over a passerby hinting that the guy would be a perfect match for her younger sister. 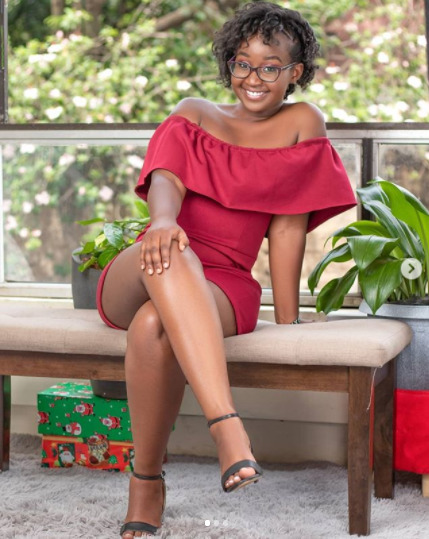 Betty revealed Gloria loves the short chubby type. In other words, the abujubuju type. Nice one!

It then came a time when everyone had their chance to name their celebrity crush, whether locally or global. A shy Betty confessed her liking has always been for renowned Kenyan ragga and dancehall artist, Redsan since way back.

Quite jittery and shy about her crush, the single mom fumbled a bit before admitting:

Aki please, if you have a wife or girlfriend, please don´t come for me. I´ve always had a crush on Redsan but please don´t make him watch me say this, please. There´s a way he just sits, that muscular, serious and swaggish pose and he´s like “what´s up B…?” That guy looking hot! Even though my dreams didn´t come true, that guy is my guy. Redsan unakuanga umeweza. 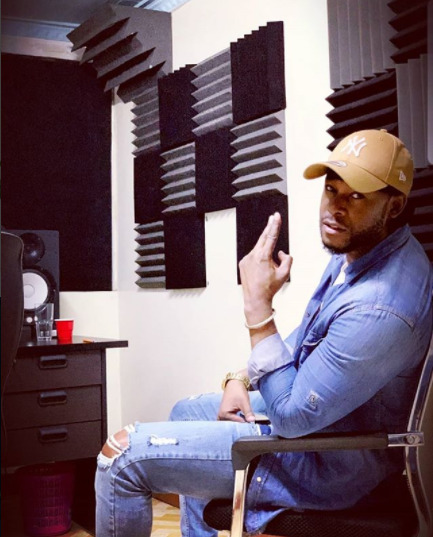 Probably he is seeing someone and plus it´s not like crushes end up being your better-half anyway. Crushes don´t come to be.

For Gloria, turns out, she´s head over heals for Stivo Simple Boy. Not for anything else, but for his music, with the random lyrics that come with that sharp, wild, girly tone.

For Karen, NTV journalist Mark Masai floored them all, especially because of his voice.

Regards who is currently in her life, Betty Kyallo revealed:

You´ll be seeing him soon.