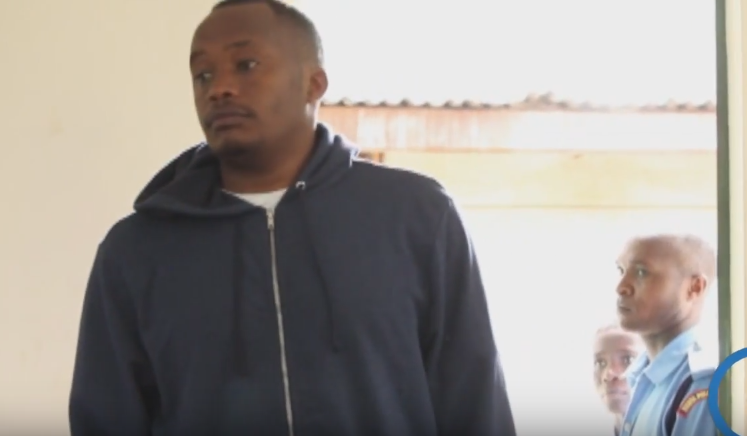 Jaguar was yesterday April 10th charged in a Baricho court, Kirinyaga County over the deaths of two people in a road crash.

The two men who lost their lives were identified as Peter Mugo and Sinfolian Maingi, they died on the spot after Jaguar’s Range Rover KCB 808J hit their motorbike at high speed on Makutano-Sagana highway on March 22nd 2017.

Also read: “Lord I beg you to help me get 200,000” Boda Boda rider crushed to death by Jaguar’s Range Rover leaves a letter that reveals the kind of person he was

The accident took a new turn after it was reported that it was a woman who was recklessly driving the Range Rover and not Jaguar himself – the singer however confirmed he was behind the wheels.

Jaguar was yesterday presented in court and charged with causing the deaths of boda boda cyclist Peter Mugo and his passenger Sinfolian Maingi.

He denied the charges and asked the court to release him on bond – Senior Principal Magistrate Evans Kiago released him on Kes 50,000 cash bail until June 26th when his case will be heard. 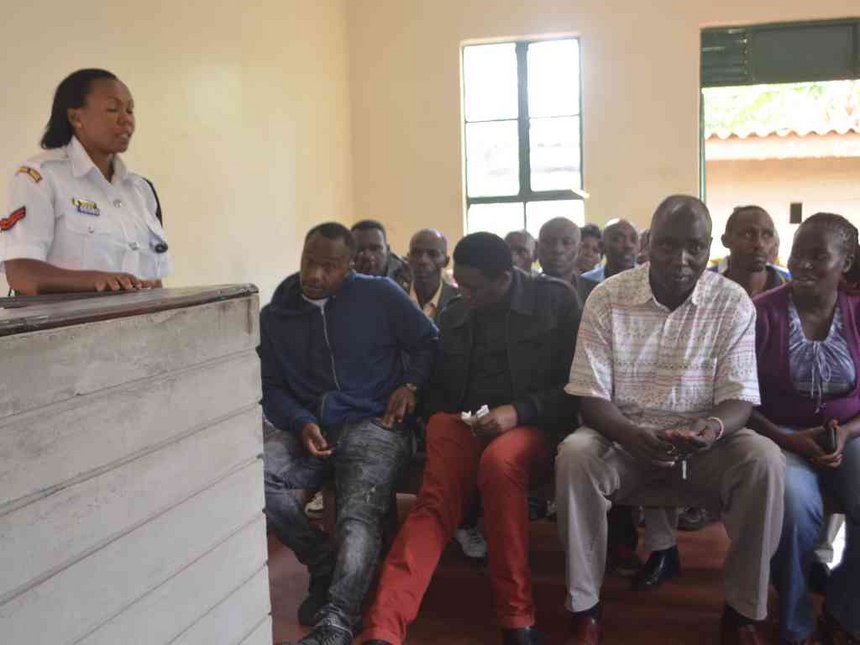 Jaguar at in a Baricho court, Kirinyaga County.

Jaguar’s bond sparked mixed reactions on social media, some claimed the court was being lenient to the singer yet he caused the deaths of two people.

Critics argued that Cyprian Nyakundi didn’t kill anyone yet the court slapped him with a Kes 300,000 fine. The Twitter bigwig was sentenced to four months in jail for contempt of court on March 20th 2017. Nyakundi had been embroiled in a defamation case with Safaricom CEO Bob Collymore.

The court gave Nyakundi the option of paying Kes 300,000 fine or spending four months in the penitentiary. 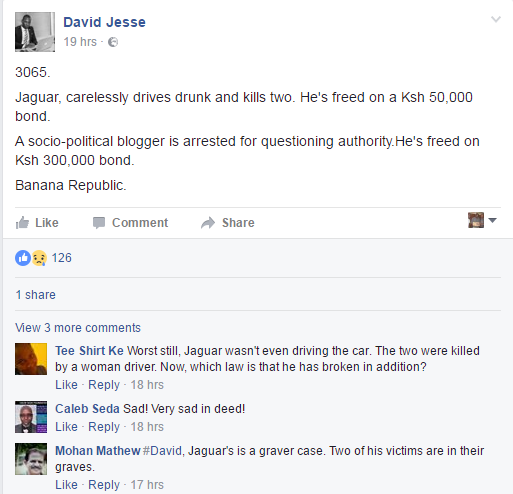