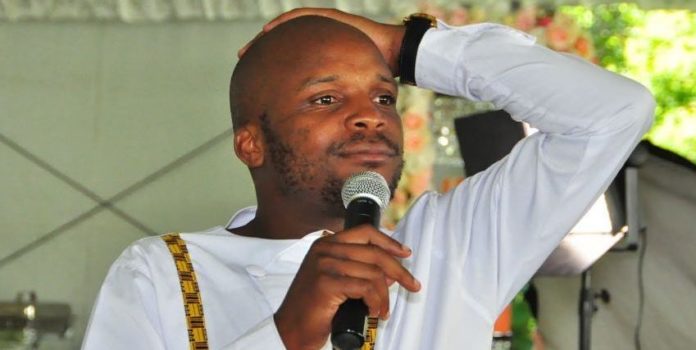 With the general elections drawing closer everyday so are new politicians facing a hard time especially those with not so clean backgrounds. Well there have been cases of bought or forged degrees from the new comers but nothing beats a baby mama story on a politician. 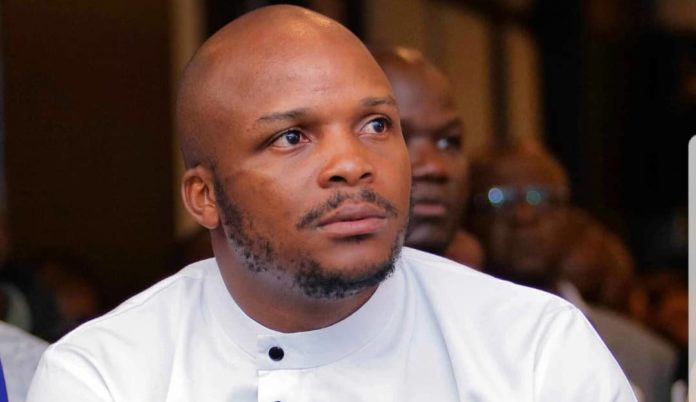 For that reason – looks like Jalango has a few questions to answer following an expose done  by Political strategist and marketer Benji Ndolo; who claims Jalango has been neglecting his 3 years old daughter for 3 months now.

Waaah my bro @Jalangomwenyewe your mtoi analia njaa mpaka analala of fatigue. Reach out and do the right thing. 3 months is too long, pesa yote unaweka tu campaign.Take action, charity begins at home. 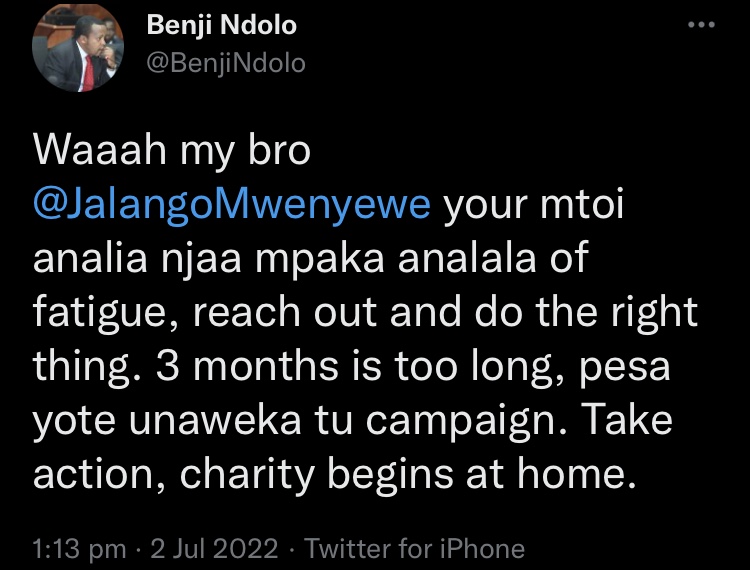 And just like that KoT couldn’t keep calm as many wanted in on the story. One fan left a comment saying;

Vayolence on a Saturday afternoon.?

To which Ndolo responded by saying;

Nyambura let’s normalize speaking truth to one another. That’s not violence, it gives me no pleasure to receive such calls.

It’s actually unclear as to why the said influencer chose to share this information with just a few more weeks to the pole – but all I know is that politics is one funny game and the hahah part is that a 3 year old is getting dragged into this mess.

Anyway – if you think it’s just about the baby, then you’re wrong. According to Benji Ndolo – Jalango is also apparently a very abusive and uncaring man power thirsty man.

The daughter is 3 years and just suffering. Jalango supports sometimes but sometimes does not. He is very abusive and uncaring. I used to think he was a good dude. But he is power thirsty eager to transition from blow clown to honorable. 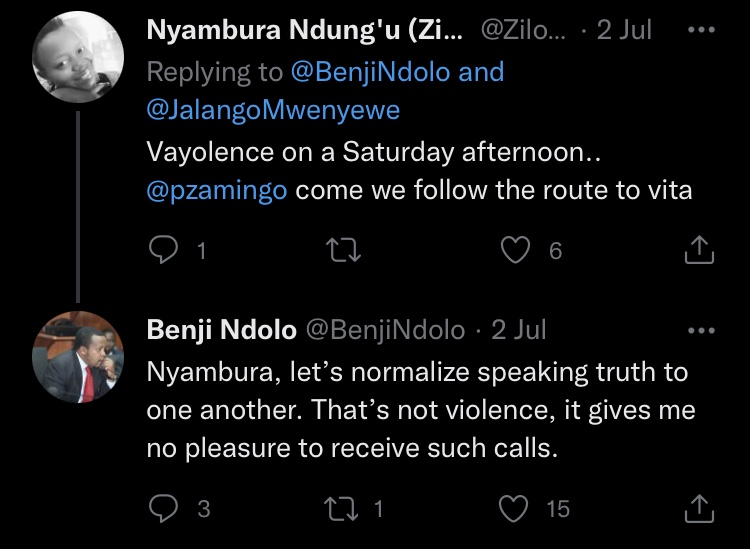 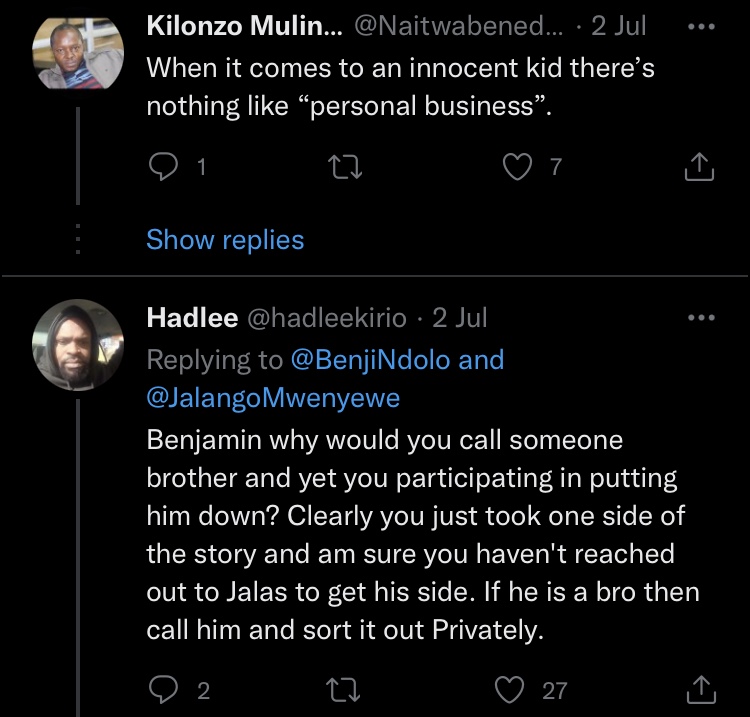 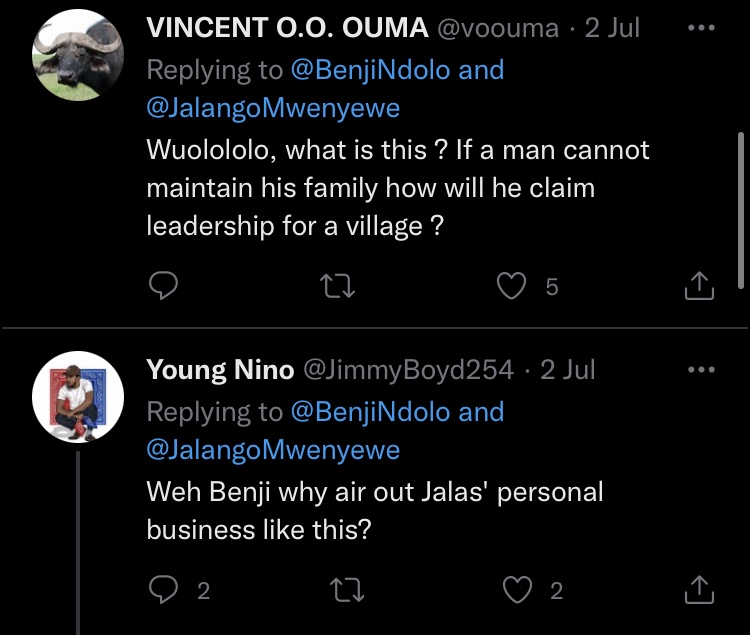 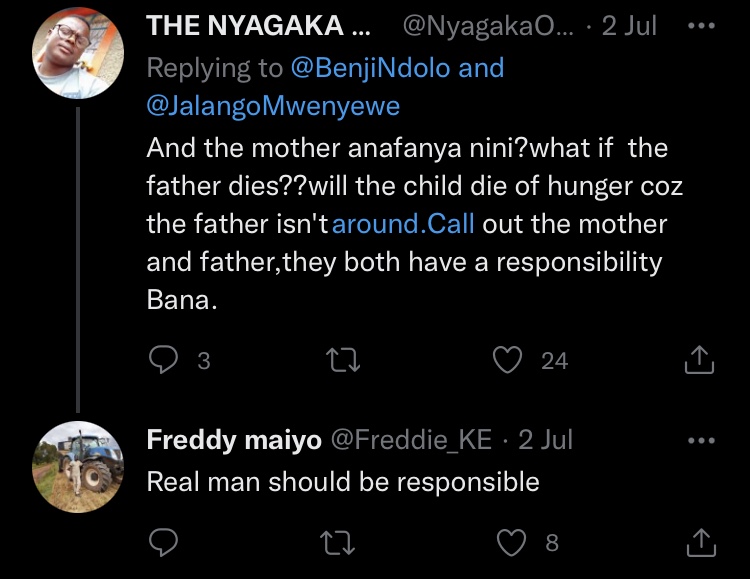