If it’s not working then walk out. This is a phase most feminists will use but truth is; it’s easier said than done and at this point fans feel that Amira needs pack her bags and walk out on husband, Jimal.

This is after popular blogger Edgar Obare released receipts from his conversations with Amira; where she opened up about many unknown things about her marriage with Jimal. 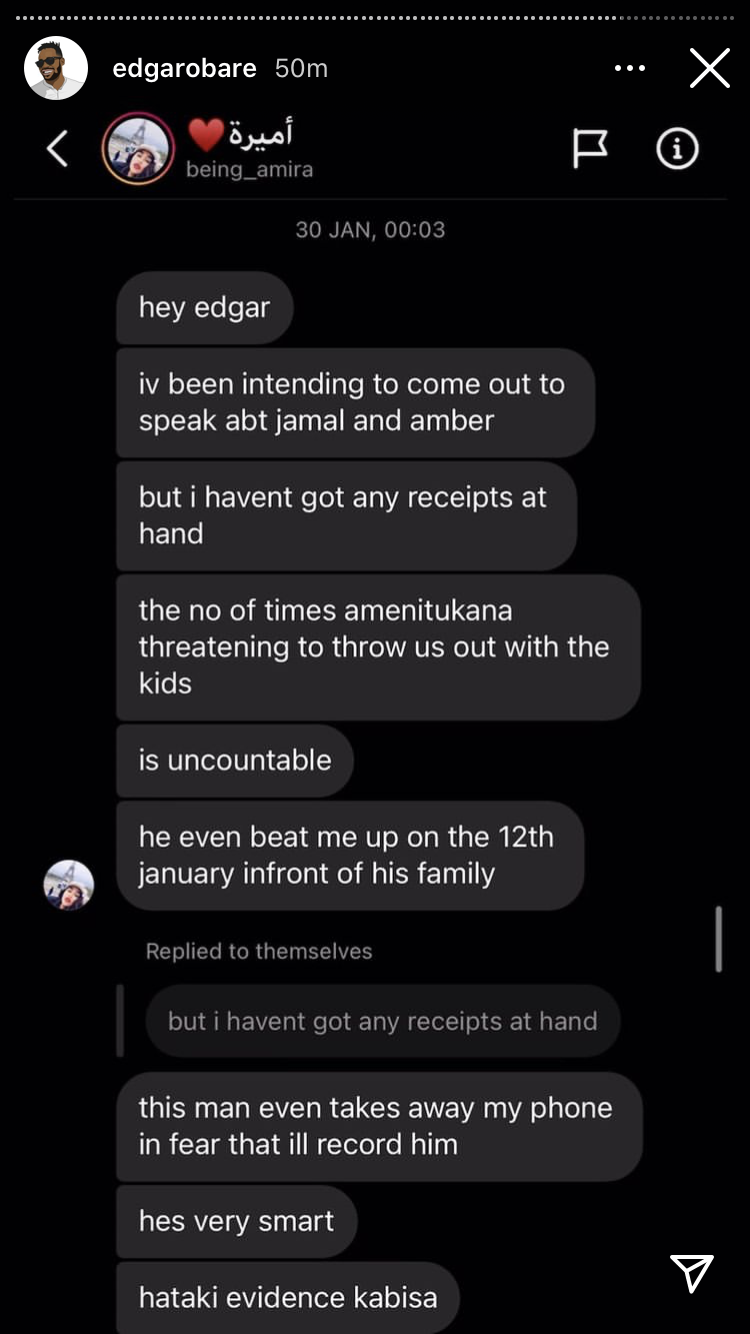 From the receipts, Amira is seen asking Edgar not to expose the intel she was giving him; – about her life with Jimal.

Amira goes on to add that she was afraid that Jimal would harm her; that is if he found out that she was behind all the tea Edgar has been serving about Jimal. 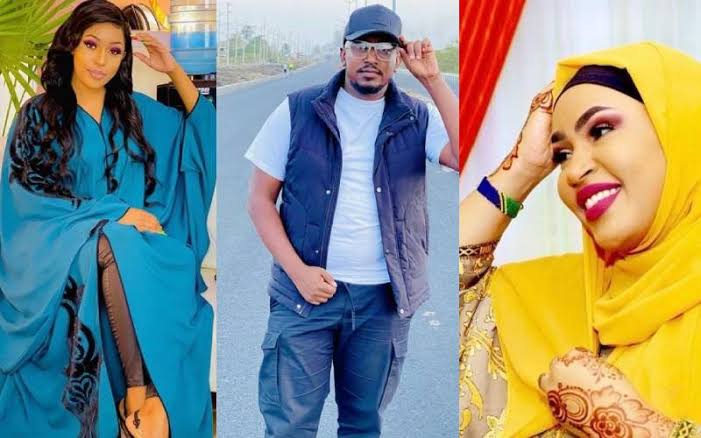 Jimal with his alleged wives

What’s more surprising is that despite Amira being physically beaten by her husband; the lady says things got worse to a point where the threatened to have her shot and killed. 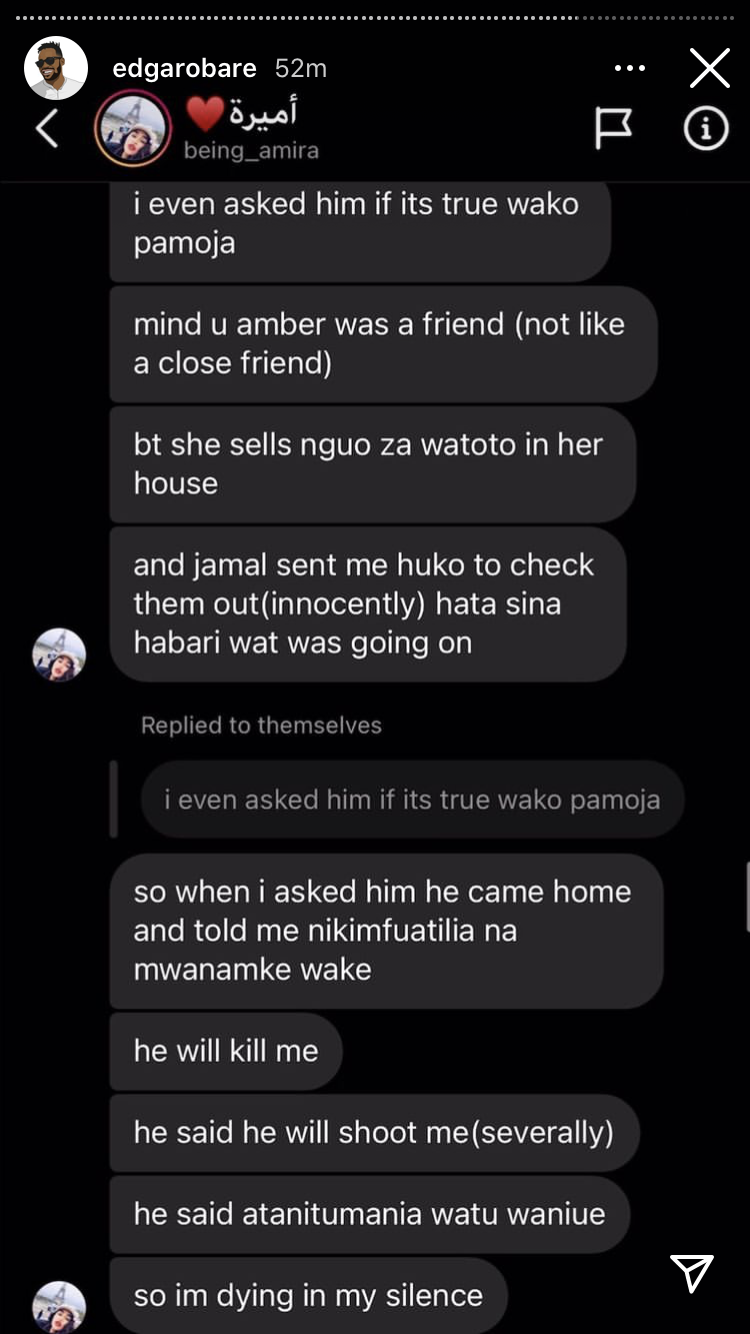 Who stays after being threatened?

Anyway at this point it’s hard to tell what Amira really wants. That’s because despite her man publicly misbehaving; and worse threatens to have her killed just because of Amber Ray..

But question is, how desperate are the Syokimau wives?