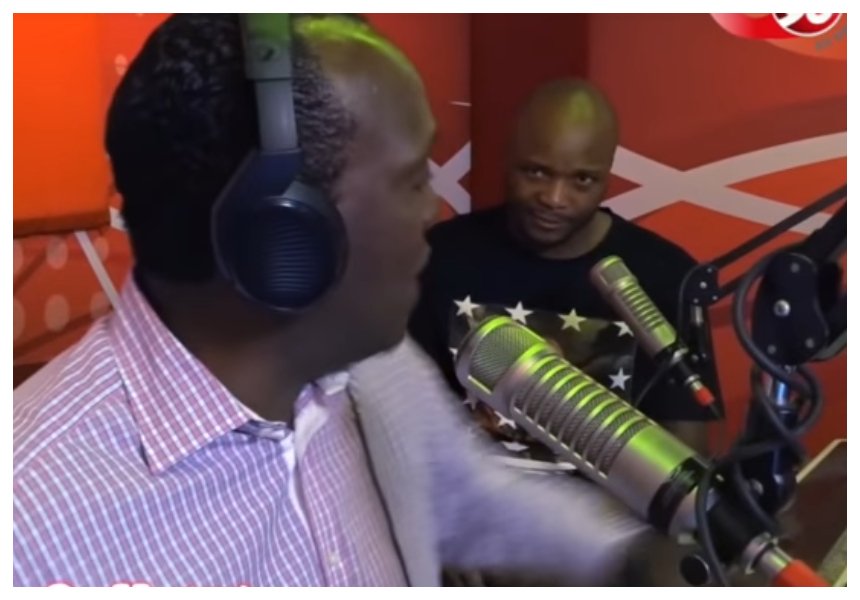 Jeff Koinange and Jalang’o have chemistry having worked together for over a year now. ‘Jeff And Jalas On Hot 96’ is arguably the biggest breakfast show in Kenya.

But on July 12th Jeff and Jalang’o had a serious squabble on air that almost resulted to a fist fight. The two were discussing the recent spate of violence and arson at secondary schools across Kenya.

Jalang’o argued that violence and arson could be justified under certain circumstances but Jeff insisted the whole idea of burning schools was just totally stupid.

Jeff went on to repeatedly call Jalas stupid and he got offended by the slur. Jalas changed mood and warned Jeff against insulting him.

Jalas: No single day did we ever burn school because we feared exam

Jeff: Because you are stupid

Jalas: No, don’t use that word on me again. That’s the last time
(Jeff clicks his tongue)

Jeff: What? (clicks his tongue again)

The tension was eased after someone called to contribute to the topic. Watch how the whole drama unfolded in the video below: