Karen Nyamu has been receiving backlash since she announced her relationship with singer Samidoh. For some reason, she automatically became an enemy to goat wives who have branded her a home-wrecker but Karen being Karen….she remains committed and determined to have Samidoh in her life.

After visiting him in the US where he had several shows, many accused her of being insecure…but again you have to remember she went there after the Mugithii singer was linked to some curvaceous woman….which might actually explain why many claim Karen is an insecure person…she proved it, right?

Anyway barely a month since then, Karen Nyamu is back to engaging in online fights with her fans and asual…it was about Samidoh and her (Karen) being a husband snatcher.

Well thanks to a few screenshots shared online, one can see how Ms Nyamu’s ‘haters’ came at her reminding her that she stole someone’s husband and is shamelessly parading him online.

Okay…i didnt know grown human beings can be stolen from their spouses but responding to one who wrote;

To which Karen Nyamu responded saying;

Legendary Ke: the problem is you think i care 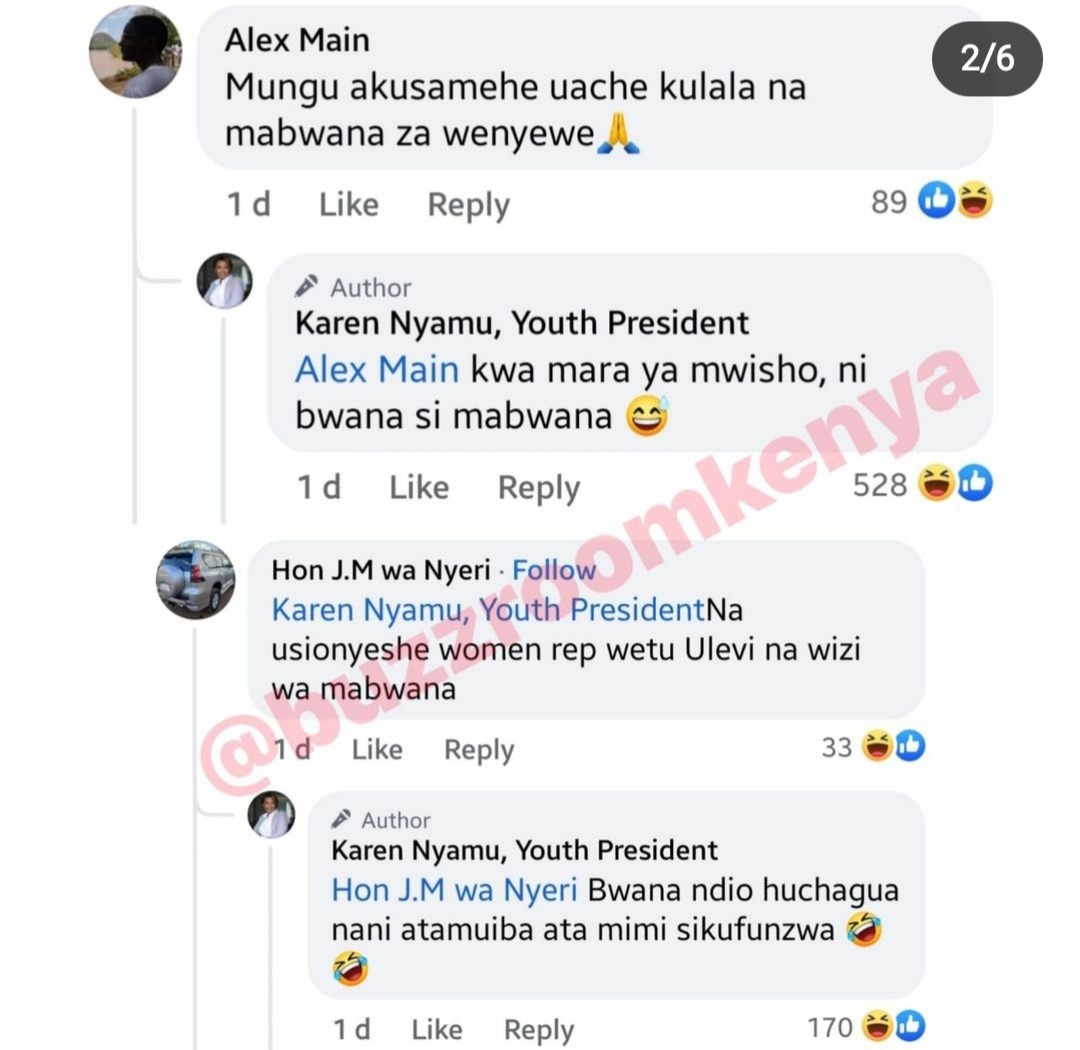 Well….we can’t say that Karen Nyamu deserves the hate she has been getting because at the end of the day….she too is human and maybe the haters should take it up with Samidoh, right?