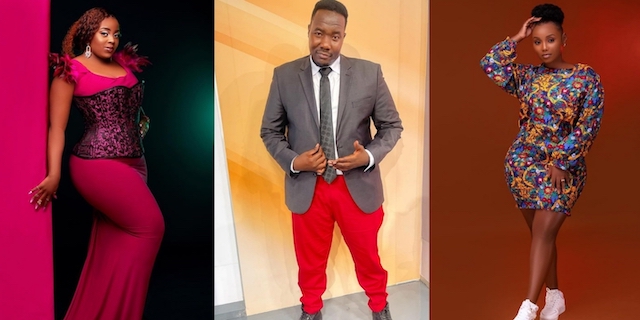 We’ve witnessed most celebrities blatantly undergo surgery to reduce their weight. It has become more rampant recently. For some, the procedure will suffice as it’s the easiest. For others, it’s too expensive and not worth it.

Popular tiktoker Kelvin Kinuthia is among the latest to undergo the gastric balloon procedure. He delivered the news to his fans that he had undergone the  procedure to help him lose weight. The said procedure cost almost 500k and he went ahead to document the whole process where he shared the video on social media.

Similarly, Jackie Matubia underwent the same procedure, after giving birth to their first born child with Blessing Lungaho. This is however, her 2nd born child.

Just months after her friend and fellow thespian Cate actress underwent the same procedure, the ‘Zora’ actress claimed to have lost over 6kgs in less than a week.

Others who have undergone the same procedure include Willis Raburu, Big Ted, Risper Faith.

Read also;Akothee decision to buy land with her partner is a monumental blunder

As with any surgery, gastric bypass carries some risks. Complications of surgery include infection, blood clots, and internal bleeding. Another risk is an anastomosis. This is a new connection created in your intestines and stomach during the bypass surgery that will not fully heal and will leak.

Since most celebrities have their own fans who look up to them, it means some might end up undergoing the same surgery. Even though the risks are low, hitting the gym is the best way.