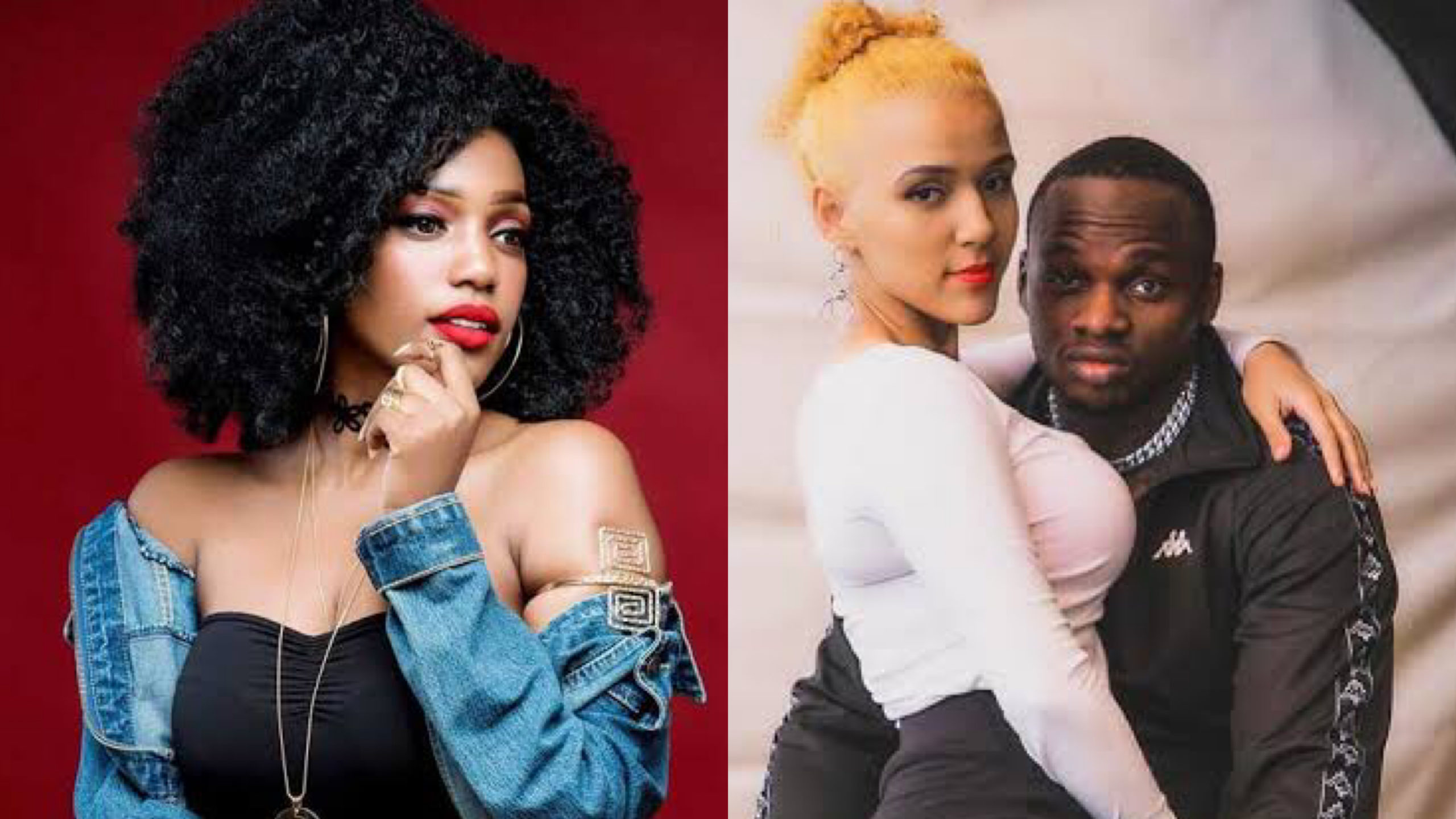 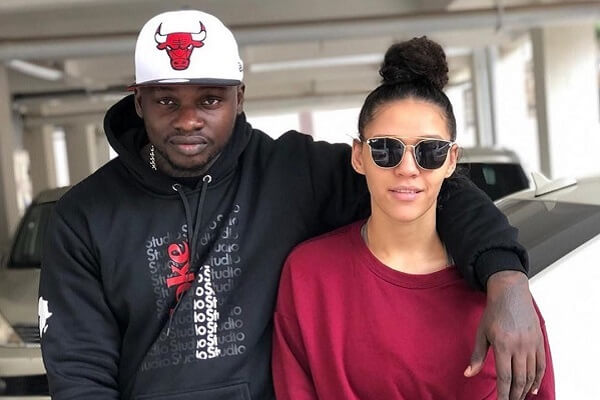 The shade comes hours after Karimi exposed Khaligraph Jones for neglecting their 3 year old son, Xolani; yet he supports and even throws lavish birthdays for his other kids – but his other son gets nothing.

Okay, okay…matters to do with kids is quite sensitive and sinve we don’t want to take sides…how about we focus on the cat fight..right?

Anyway, Georgina having seen Cashy’s post on Instagram, the mixed breed lass felt it was her place to defend her man; and boy was she wrong or rather petty for a woman in her caliber. Hitting back at Karimi for the exposè, Muteti shared a post that read; 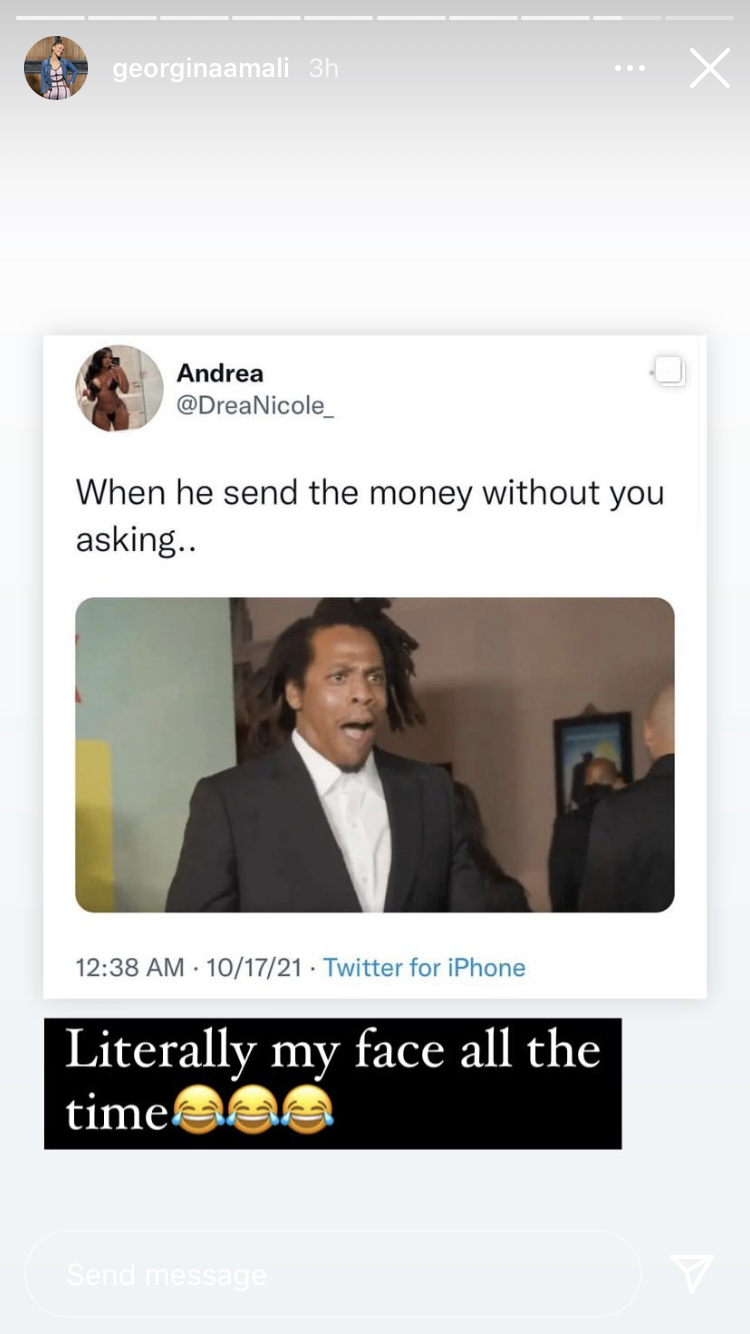 Like I said, we ain’t taking sides – but come on – isn’t it abit too obvious to see that Georgina was aiming at ex co wife, Cashy with the post shared above. Right?

Well, of course Cashy Karimi definitely  has a few of her friends watching Georgina (it happens, these are ladies) so clearly Mama Xolani got the message sent to her and in response – Karimi didn’t hold back.

According to Khaligraph Jones ex, the guy has so many wives/girlfriends out here that she(Karimi) doesn’t know; which of the ladies is married to him.

Well, not that we can confirm or deny, truth is – this sounds a bit bitter;?which makes it hard for us to tell whether it’s true or was said with emotions.

However with people calling out Georgina for the classless post, 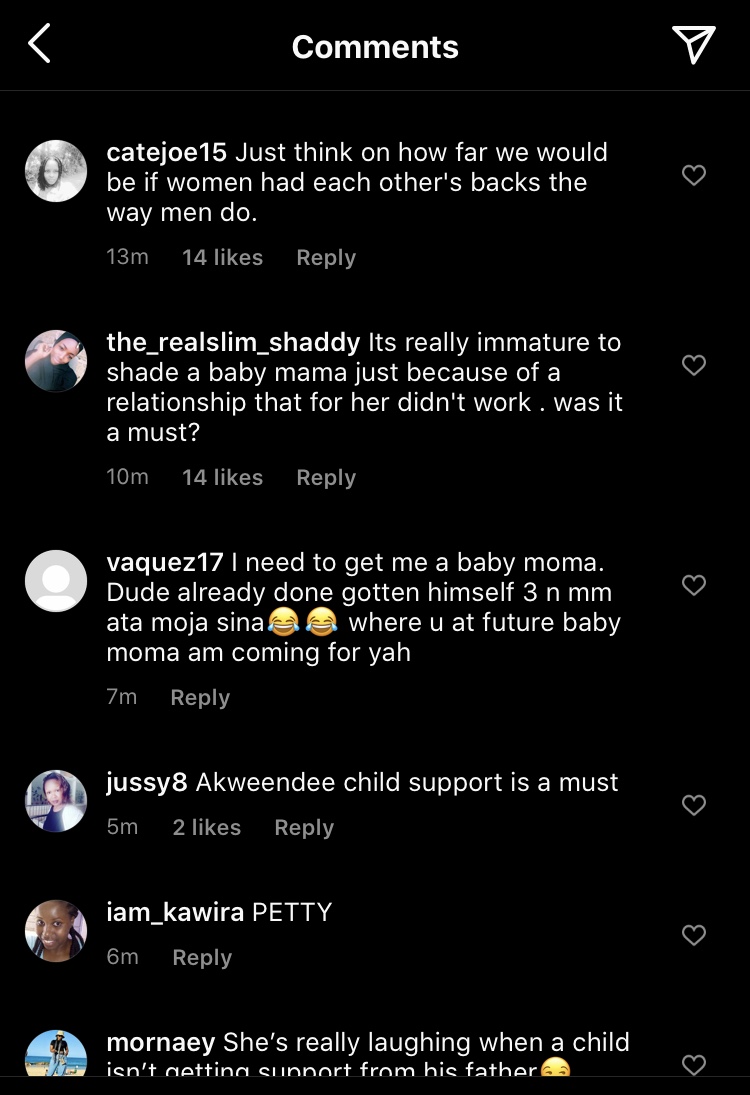 a certain lady identified as Luccian Christine threatened to expose Khaligraph just to humble his wife; and fans seem quite interested especially now that they know the last time Khaligraph saw his son was during a paternity test. 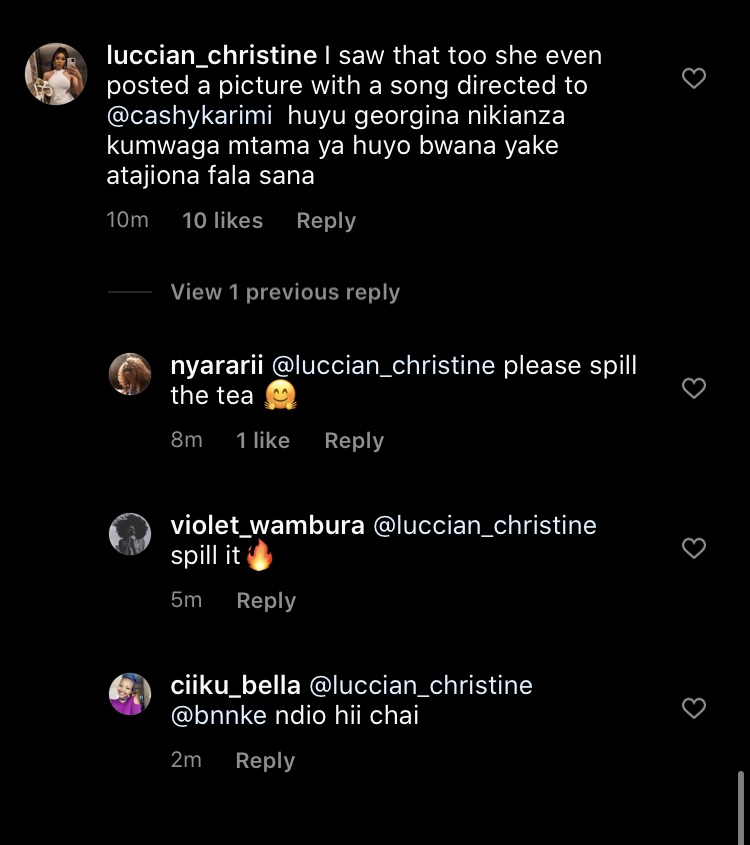 Well the baby mama/ baby daddy position has never really been pleasant; nor has it ever had a fairytale story behind it, so trust me – Khaligraph; and Cashy will always have the pull and push relationship for years. So maybe the best thing position Georgina should assume is that of stepping aside.

Again, didn’t she learn anything from her bestie Tanasha Donna?