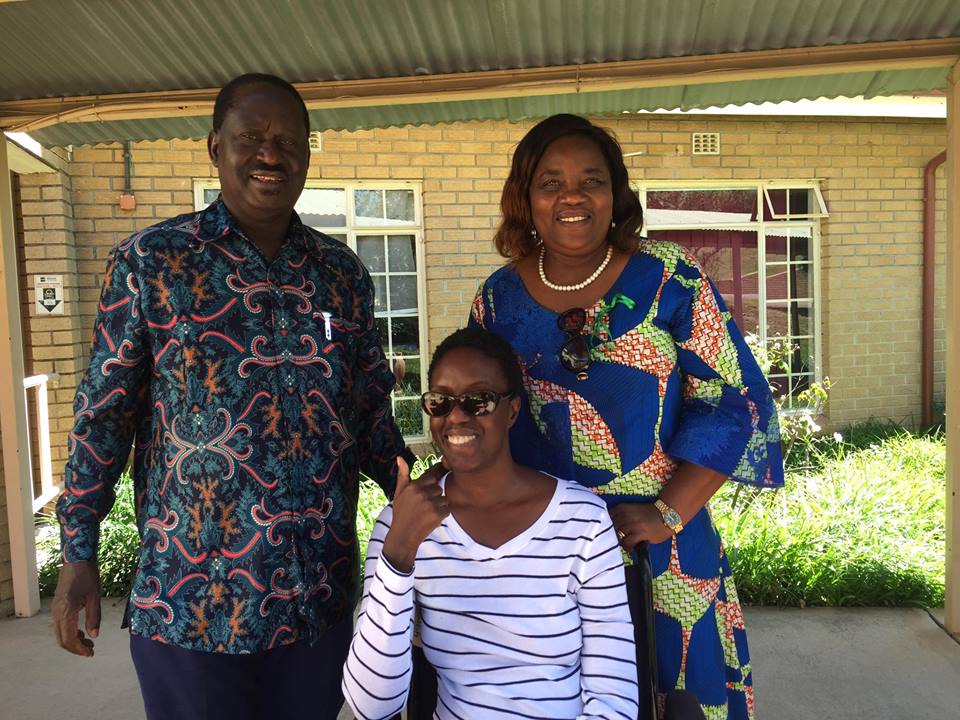 Raila’s daughter Rosemary Odinga decided to bow out of the race for Kibera parliamentary seat following her doctor’s advice.

Rosemary travelled to South Africa to seek medical treatment after she was diagnosed with non cancerous tumor in her head.

“It is following my doctor’s advice, that for the time being, I will continue serving my community in other capacities and regrettably bow out of the race for Member of Parliament. I would like to thank each and every person that supported my bid and the people of Kibra for opening their hearts and homes to me. I will forever cherish your outpouring love and prayers,” Rosemary wrote in part while announcing about her decision to quit her quest to be MP for Kibera.

Rosemary’s announcement caused mouths to wag, some encouraged her saying that could join politics at a later stage.

PLO Lumumba was among Kenyans who sent out messages to Raila’s daughter, his message was however coded in jargon that only a few could understand.

“Good move by Rosemary Odinga. It would heve been imprimptic to grimple & frimple for the seat against assiduous & sedulous Ken Okoth,” PLO tweeted. 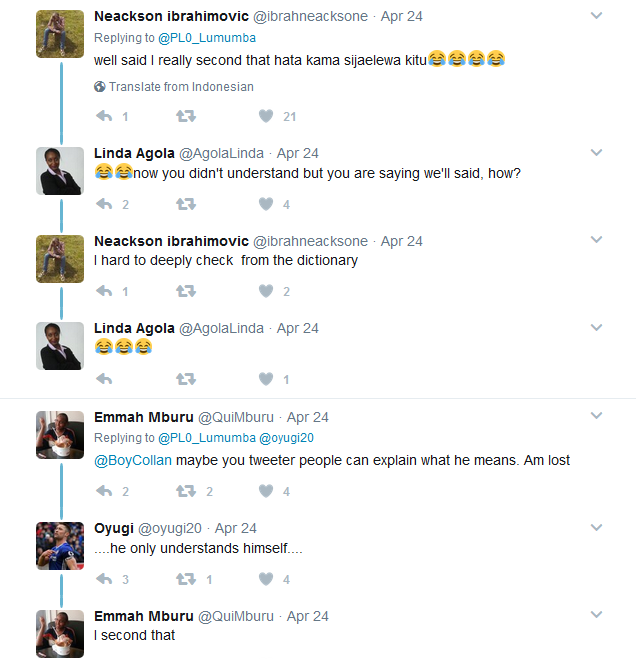 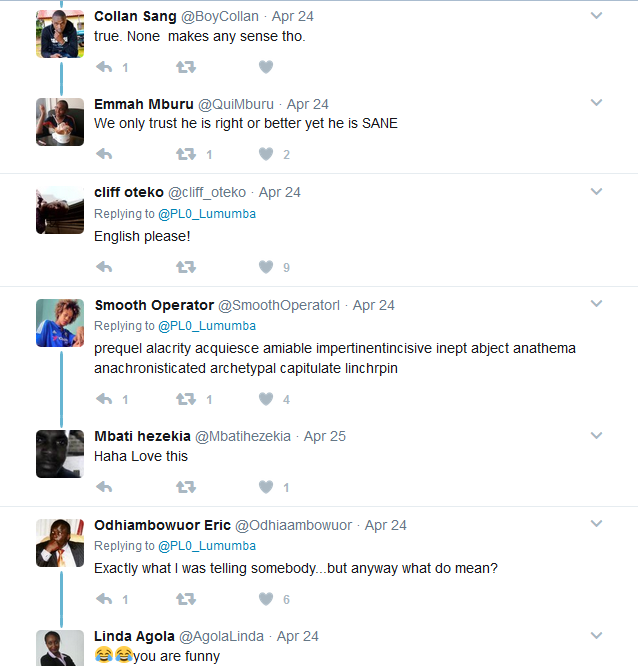 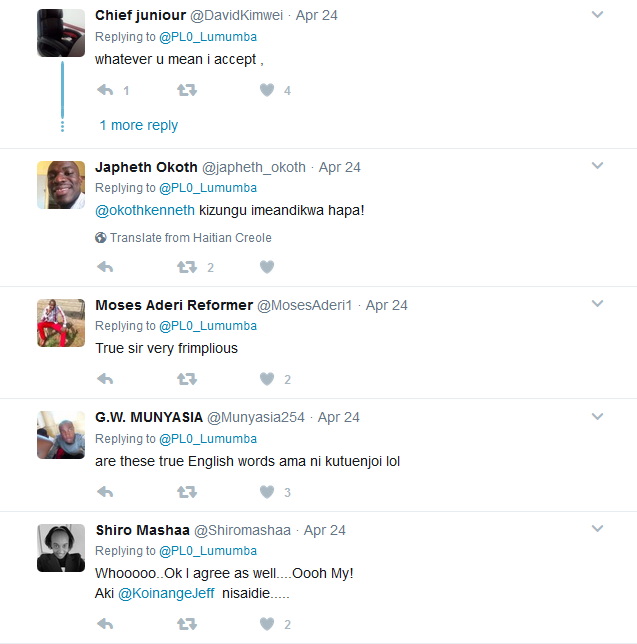 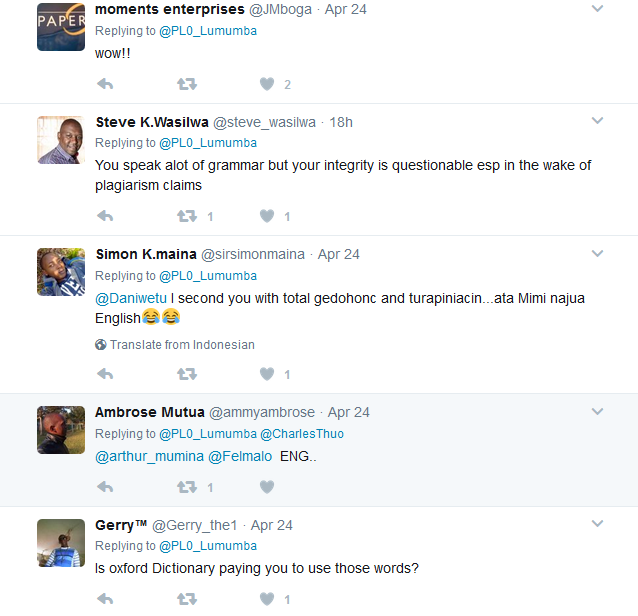 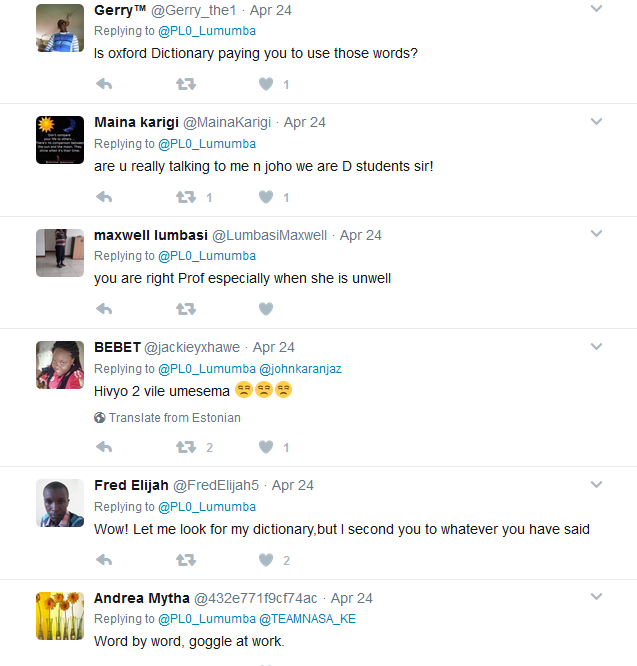