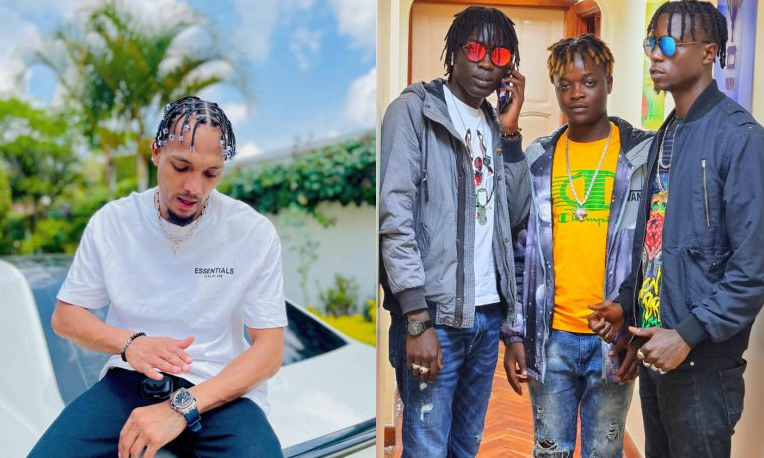 Kenyan rapper KRG the Don has devoured his relationship with Kenyan gengetone group Mbogi Genje after he belittled them in a recent interview.

The flashy rapper addressed claims by Mbogi Genje that he had released their collabo song without their consent; something which they rebuked him for.

In his defense, KRG went ahead to deliver his harangue to them as he purported that the claims were false; adding that Mbogi Genje are a bunch of ‘struggling artists’ while he is an International one.

The trio is well-known for their impeccable prowess in sheng lyrics; which they’re perfectly good at; but not everyone is familiar with it.

KRG also demystified that he owned the song and recorded it before them; and all they’re doing is chasing clout using his name.

On the flipside, Mbogi Genje went ahead to cry foul by the flashy rapper and maintained that KRG used them for his own selfish needs.