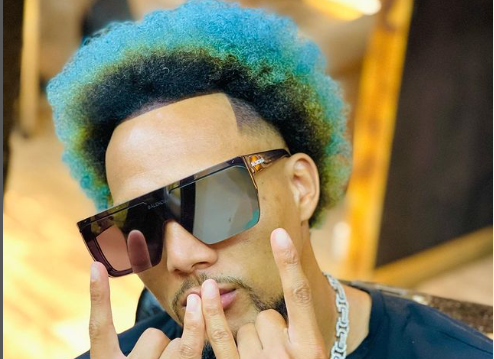 Musician KRG is set to move on after separation with his ex-wife Linah several months ago. KRG and  Linah already had a family together, and they had been together for several years before their fallout. As for their kids, there’s nothing to worry about since KRG is taking good care of them. I mean, the fella is already rich and is willing to take care of them all by himself.

Talking about riches, KRG had several proposals in his DM by women who were willing to replace Linah. Well, obviously not all of them were in love with him, but in this Kanairo, as long as you have the cash, ladies will flock your inbox and will even agree to be your baby mama.

That being said, KRG has occasionally hinted that he has found ‘the one’, including a time when he broughtan unidentified woman at Arrow Bwoy’s album launch held in March. Eyebrows were raised as KRG held the ladies hand to the venue of the event. But KRG later calibrated that the chick was just a musician from Namibia who had come for a visit in the country.

Away from that, KRG recently posted on his Instagram story confessing how deeply he’s in love with his new bae.

He went ahead to share that he would be unveilling her face to his fans. We are all eagerly waiting for the face reveal. But KRG has shared a short clip of the lady walking infront of him. His caption read;

”If you don’t have someone to luv better find 1”

Watch the video below;