Larry Madowo: I was warned against marrying a Kikuyu girl after what had happened to rugby player Mike Okombe Larry Madowo is perturbed by how tribalism as taken root in Kenya since August 8th. The NTV anchor reveals that he was warned against marrying a girl from Kikuyu tribe.

Larry cautions that Kenya has taken the same route Rwanda took in 1994 when nearly 1 million people were massacred because of tribal hatred.

The NTV anchor visited Kigali Genocide Memorial on Thursday November 16th. Larry says everybody will be affected if Kenya descends into anarchy.

“If the country goes to hell, it will burn for Jubilee and Nasa supporters equally. It won’t matter whether you voted for Uhuru or Raila or didn’t vote at all. Whether you are part of the Opposition’s supposed militia force or fully behind the ruling party’s ethnic cleansing brigade, the day of reckoning is coming.

“Last week, I went back to the Kigali Genocide Memorial where more than 250,000 victims of the Genocide against the Tutsi in Rwanda are buried. A part of the history of the 1994 killings jumped at me this time even though I had done the same tour seven years ago,” Larry wrote on his column on Daily Nation. 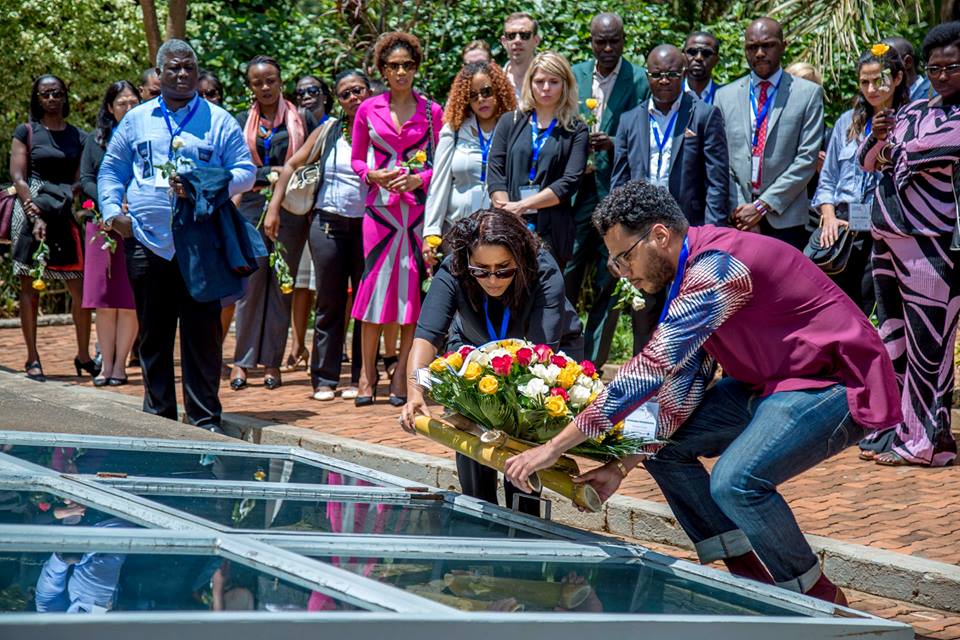 Larry Madowo went to pay my respects to nearly 1 million people massacred in Rwanda in 1994 at the Kigali Genocide Memorial.

Larry says ‘concerned’ Kenyans warned him against marrying a lady from Kikuyu tribe. He reveals that the warning came following the deaths of Mike Okombe and Captain Apollo Malowa.

“A fortnight ago, a friend wanted me to translate a Facebook post in Dholuo for them. It turned out it had been posted on my page and warned me against marrying a Kikuyu girl after what had happened to the pilot of the chopper that crashed in Nakuru and rugby player Mike Okombe.

“The hundreds of comments below it all urged me to take the two cases as a cautionary tale and not marry outside the community. Many supporters of Nasa’s Resist campaign have added “resisting Njeri” as one of the tenets and it is almost dismissed as a joke.

“The first of the Hutu commandments outlawed relations with Tutsi women and we all know how that ended. ‘Every Hutu should know that a Tutsi woman, whoever she is, works for the interest of her Tutsi ethnic group. As a result, we shall consider a traitor any Hutu who marries a Tutsi woman, befriends a Tutsi woman, or employs a Tutsi woman as a secretary or concubine,’ it admonished,” wrote Madowo.