Like a boss! Jimal Rohosafi spotted with wristwatch estimated to cost Ksh 1 million For someone who allegedly living on loans, clearly Jimal Rohosafi is overspending on himself. I mean, he has expensive rides, apartment (not so sure because he has a house in syokimau) and now a watch estimated to cost 1million.

Yeah, while his wife awaits for a proper apology there are new whispers claiming Jimal Rohosafi got himself a new range; and unlike the other fleet of expensive rides he ow10kgsns – this one is off the hook.

Apart from that, we’ve also learnt that he has been rolling around with a certain expensive watch gifted to him by his good friends. Wait… while your friends can’t even help support your business…Jimal’s friends get him gifts worth millions. Million. Yes million shilling watch. 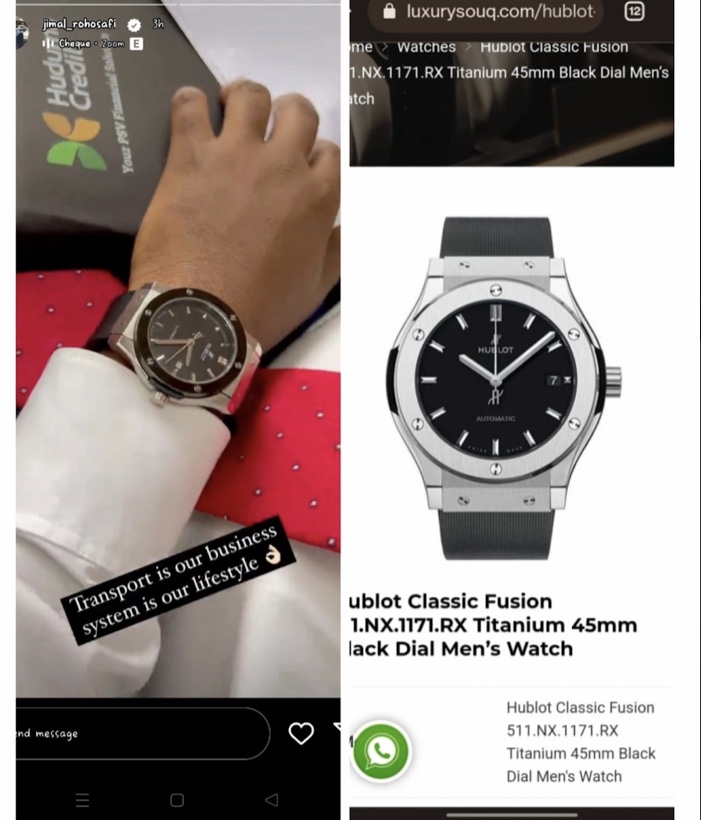 Speaking during recent interview with Mpasho, Jimal Rohosafi went on to describe his watch as a ‘small gift’ and I’m thinking….small gift?

It was just a small gift from my good friends. My friends and I buy each other good gifts. We know how to shower friends and celebrate them.

Did he just say small gift? Million worth gift – small? Now i need to change my circle of friends…

Anyway as you’ve already heard…it has taken Jimal Rohosafi years to get where he is today and even after working as a tout – he kept pushing harder and smarter which is why he can’t help but spoil himself every now and then.