“Lord I beg you to help me get 200,000” Boda Boda rider crushed to death by Jaguar’s Range Rover leaves a letter that reveals the kind of person he was 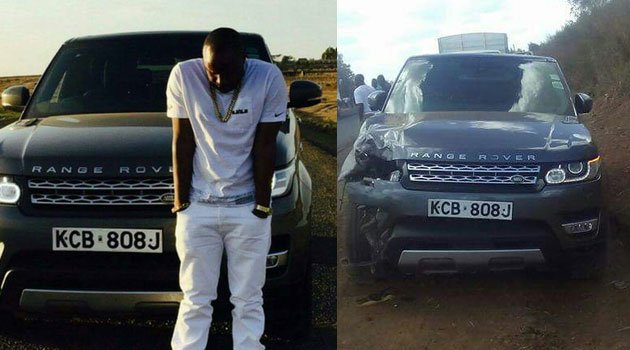 The two men who lost their lives were identified as Joseph Maingi and Sinforan Mugo Mwangi, they died on the spot after the Range Rover with registration number KCB 808J hit their motorbike at high speed.

Also read: This is what Jaguar had to say to the families of the two men who were crushed to death by his Range Rover

The family of Sinforan Mugo Mwangi has released a letter the deceased wrote on February 27th  2017 – the letter reveals Mugo was a VERY religious person.

In the letter, the deceased asked God to forgive him for his sins, he also asks the Almighty to give him Kes 200,000 so that he could build a house and buy a motorbike. Mugo promised to give a tithe of similar amount in return to God answering his prayers.

“I hereby come to your throne asking for your forgiveness for I have sinned against you and I beg for ur forgiveness dear Lord for you have the power to forgive through your only son’s name. Forgive my sins.

“Lord I beg you to help me get an amount of 200,000/= for me to build a house and buy a motorbike also make me remember to give you a tithe and offering from this amount. Please Lord I ask you for your presence in my life and to love you always because you are a loving father to,” he wrote. 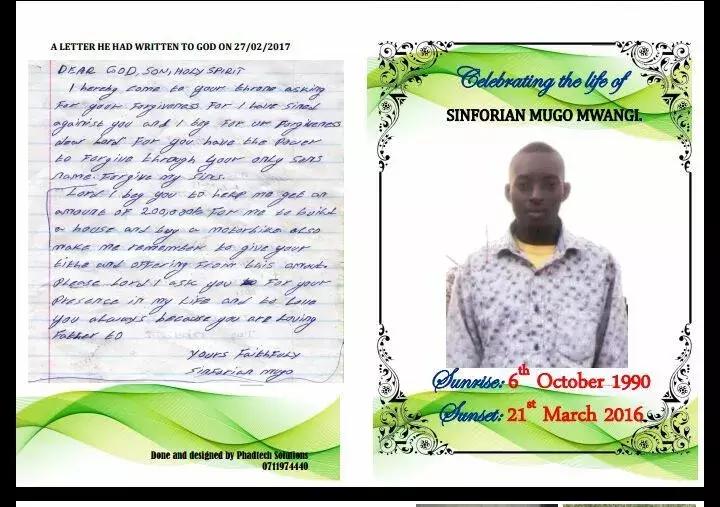