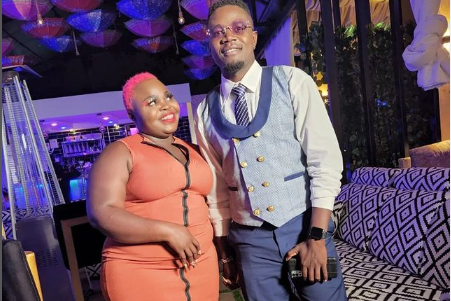 In less than a month of their relationship, musician Madini Classic & socialite Pritty Vishy are both making haste in  taking their relationship a notch higher. From Pritty Vishy declaring her interest in siring babies with the singer, to a Ruracio ceremony- the hurry between them is raising eyebrows. Ruracio is the dowry negotiation and payment part of the traditional ceremony. The ruracio goes according to the customs whereby a bride’s dowry is particularly determined by the amount of dowry that her father paid for her mother. The dowry price is valued in terms of livestock & other goodies. Before Madini Classic slid in Pritty’s DM, she had already set her dowry at Ksh 2 million- and she received numerous criticism by netizens who thought she isn’t worth it.

“My dowry is 2 million and I do not want cows it’s not a lot as you know your worth it’s a must you set your standards,”she said.

As she manifested the same, she eventually found one who was willing to pay more to Pritty’s family. In his statement, Madini, who claims to be intrigued by her mannerism and beauty, maintained that he would even pay Ksh 4 million willingly instead of 2.

Vishy didn’t wait for long as videos of their Ruracio ceremony have circulated on social media. But not everyone is buying this. Some believe it’s all a hoax & a clout chasing stunt.