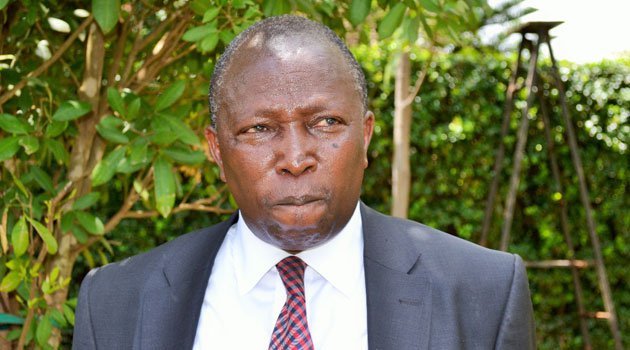 Even though Jaguar’s win was a bitter pill for him to swallow, Maina Kamanda has ultimately agreed to support the Kigeugeu singer…But not without revealing a shocking revelation.

Jaguar was given Jubilee nomination certificate to vie for Starehe parliamentary seat after the Appeals Tribunal ruled in his favor. 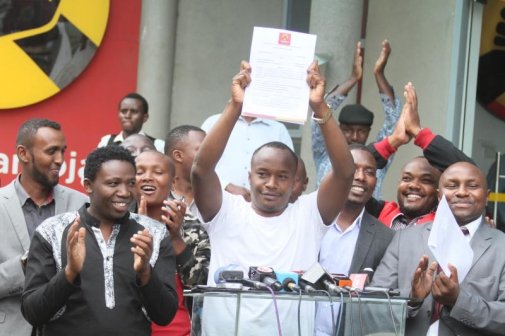 Jagua displays his nomination certificate after he was declared the winner at Jubilee party headquarters.

In an address to the press at his Muthaiga home in Nairobi on Thursday May 4th, Maina Kamanda conceded defeat to Jaguar.

The veteran politician however maintained that he won the nomination even though he conceded defeat to Jaguar. Maina state that he won’t vie as an independent candidate instead he urged his supporters to throw their weight behind Jaguar. 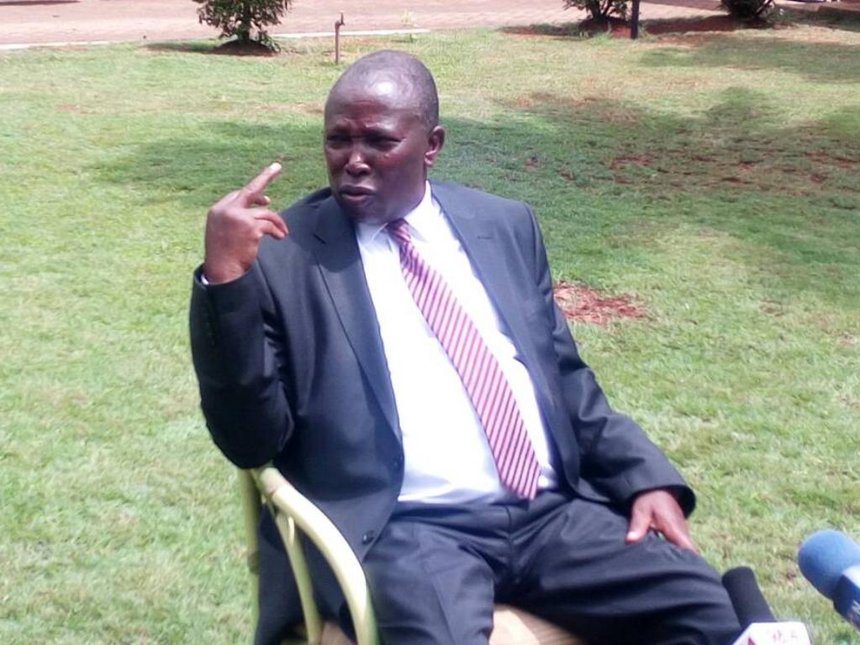 Maina Kamanda addresses the press at his Muthaiga home

“We need to be told if the old people have space in the party. I won the nominations but someone else was given a certificate,” Mr. Kamanda said.

The incumbent Starehe MP shocked journalists when he revealed that ODM is to be blamed for his defeat – he claimed most of the voters who participated in Jubilee nomination were ODM supporters.

“Fifty per cent of those who voted in Nairobi were members of ODM. So it was like an ODM nomination,” he said.