Makena Njeri Should Accept Her Gender & Stick To It LGBTQ activist Makena Njeri has elicited mixed reactions after she  recently changed her name to a male name.

The former BBC journalist has been on the limelight for her sexual orientation; that she confirmed months ago.

In a video posted by an international media platform, TedX on behalf of TedX Parklands, Makena said it had taken years for her to accept and admit the fact to herself.

Narrating more about her, Njeri shared a story of her childhood friend with whom she loved suits and would spend hours in restaurants speaking of how fashion had constantly evolved.

She decided it was high time to come out after claiming she had undergone depression. She was referring to an incident in July 2019 when she was a viral topic of discourse on social media after her partner went mad following a disagreement and vandalized her car.

She was in a relationship with the beautiful Michelle Ntalami, but the two parted ways acrimoniously because of cheating allegations. 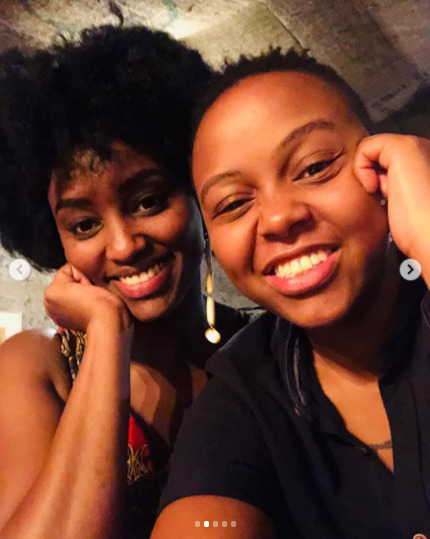 Time To Accept Yourself

After changing her name, not everyone was pleased by her move. Most agree that she should just stick to her old self to remain relevant. But Makena is not one to be controlled by the public. She hasn’t come out to divulge her reason for making the move. But I bet it’s high time she accepts her gender since there’s nothing she can do to change it.