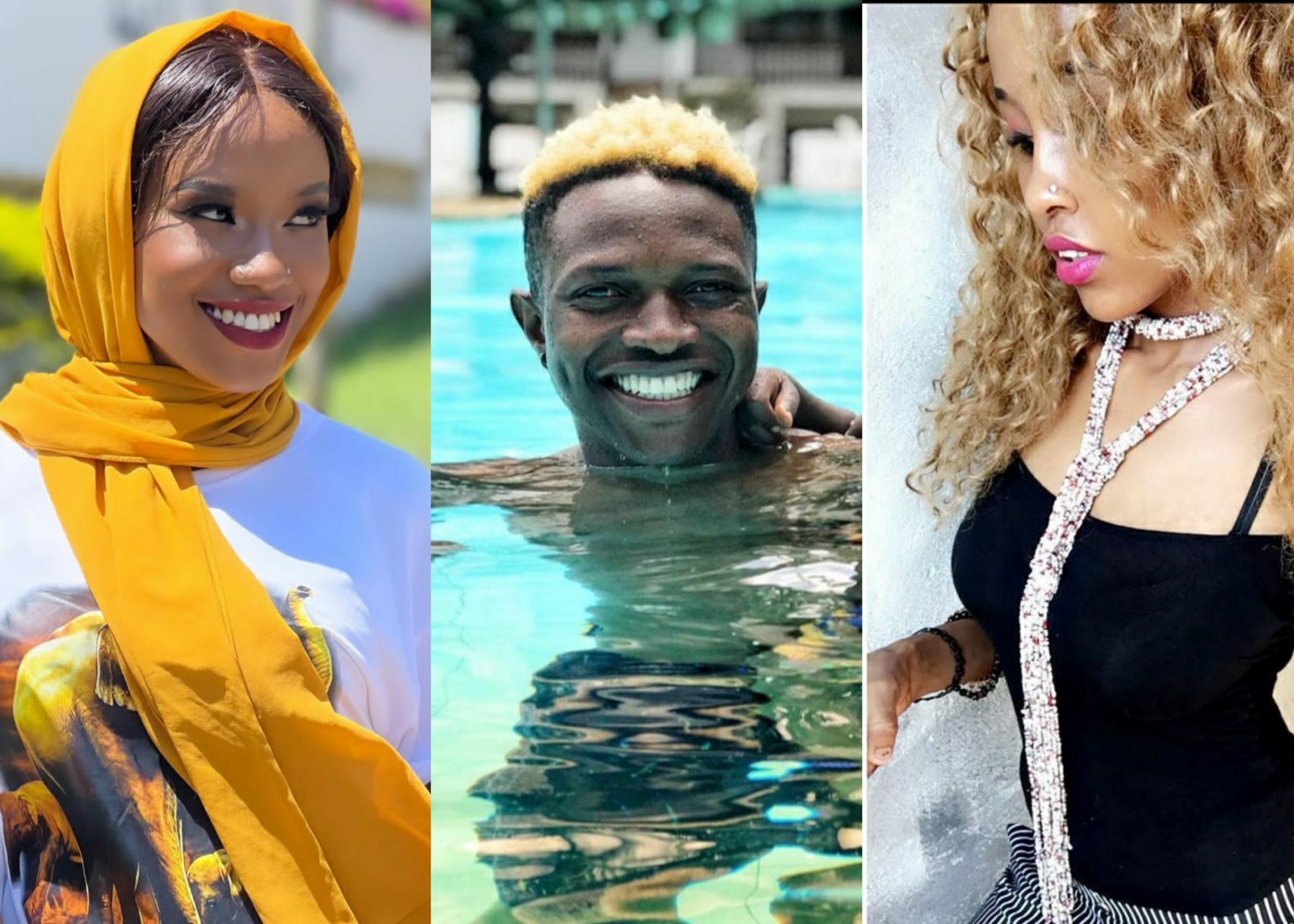 I remember a while back Swabrina who is Mr Seed’s baby mama revealed the guy already has a son from his past and it happened while he was still with Nimo Gachuiri who is still his wife.

So yea, Mr Seed not only cheated on Nimo Gachuiri but had a baby while at it. Funny thing is that his girlfriend now wife still chose to stick around and about 1 and a half years again….Seed aliteza tena and he had his 3rd son with Swabrina. 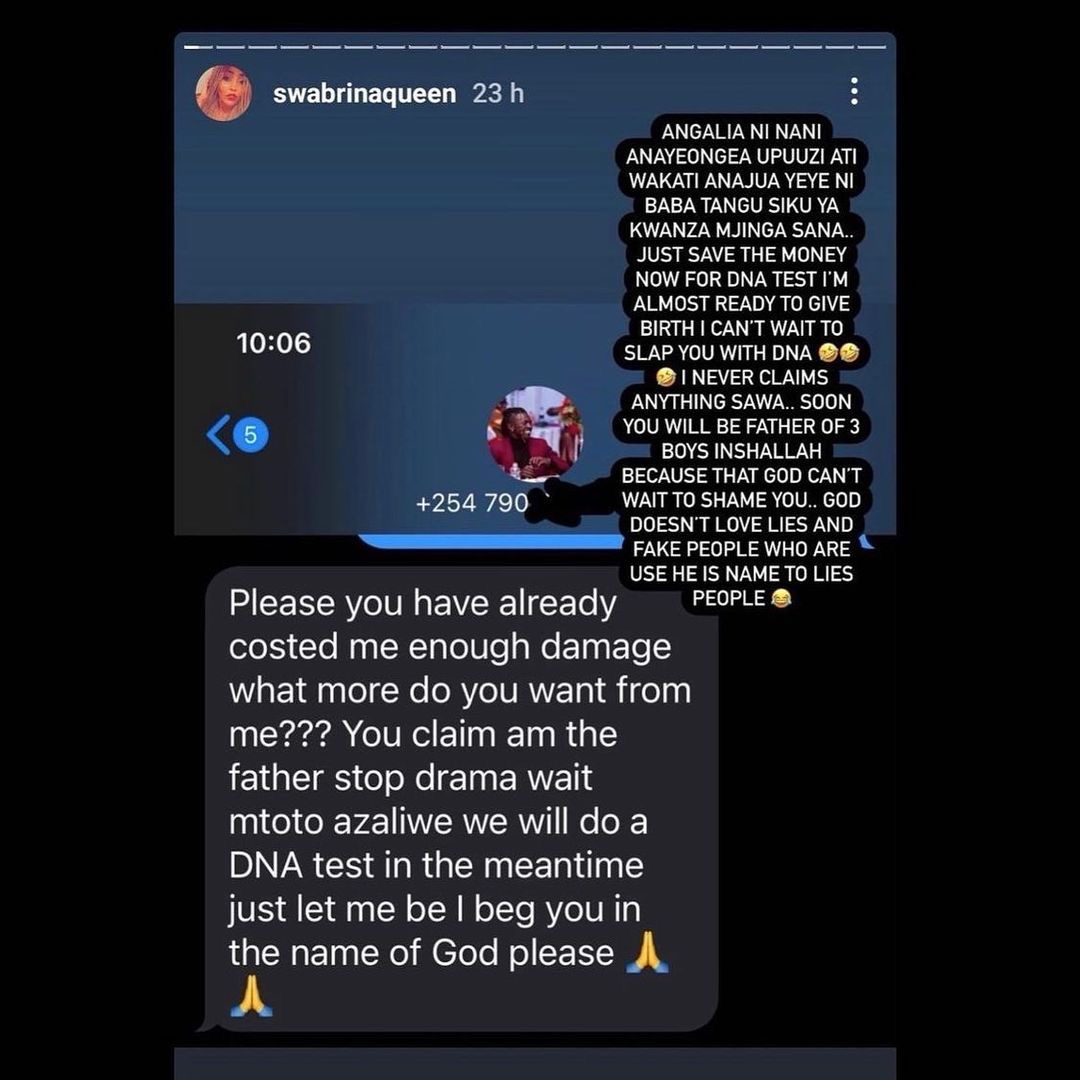 If you remember well, the scandal was so nasty that he lost most of his gigs and just when many assumed Nimo would leave…..she stayed. OMG sema mapenzi ya thirty ama ni dhati ama dhate?

Anyway 2 years down the line and we niw have the first baby mamas name, Liz Soina who says she is tired of covering up for Mr Seed who continues to neglect their son together. 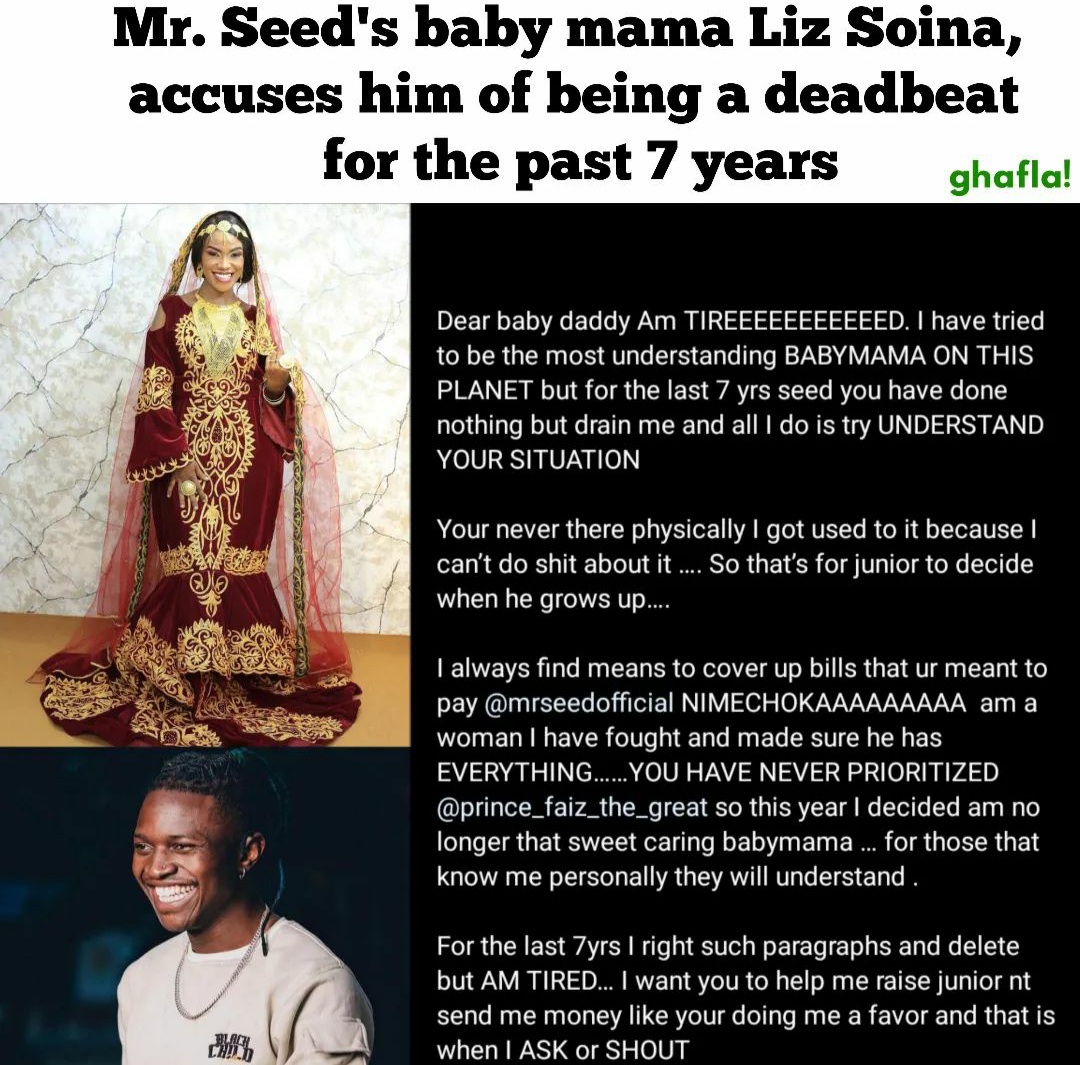 Ah huh alafu from her post you can tell how she tries to point out some of the things he ahould be doing as a dad….and I’m like hol’ up hol’ up…..who said he doesn’t know all that? Cause believe me he does, but since Soina has always made it easy for him with ni sawa i understand- Mr Seed anaslide tu.

I want to believe the ex couple or rather friends with benefits are old enough to understand what a child needs from both parents…..and when one realizes the other parent is uninterested, why force him to play his part? Why offer free public lessons and you already tried in private and still no change? 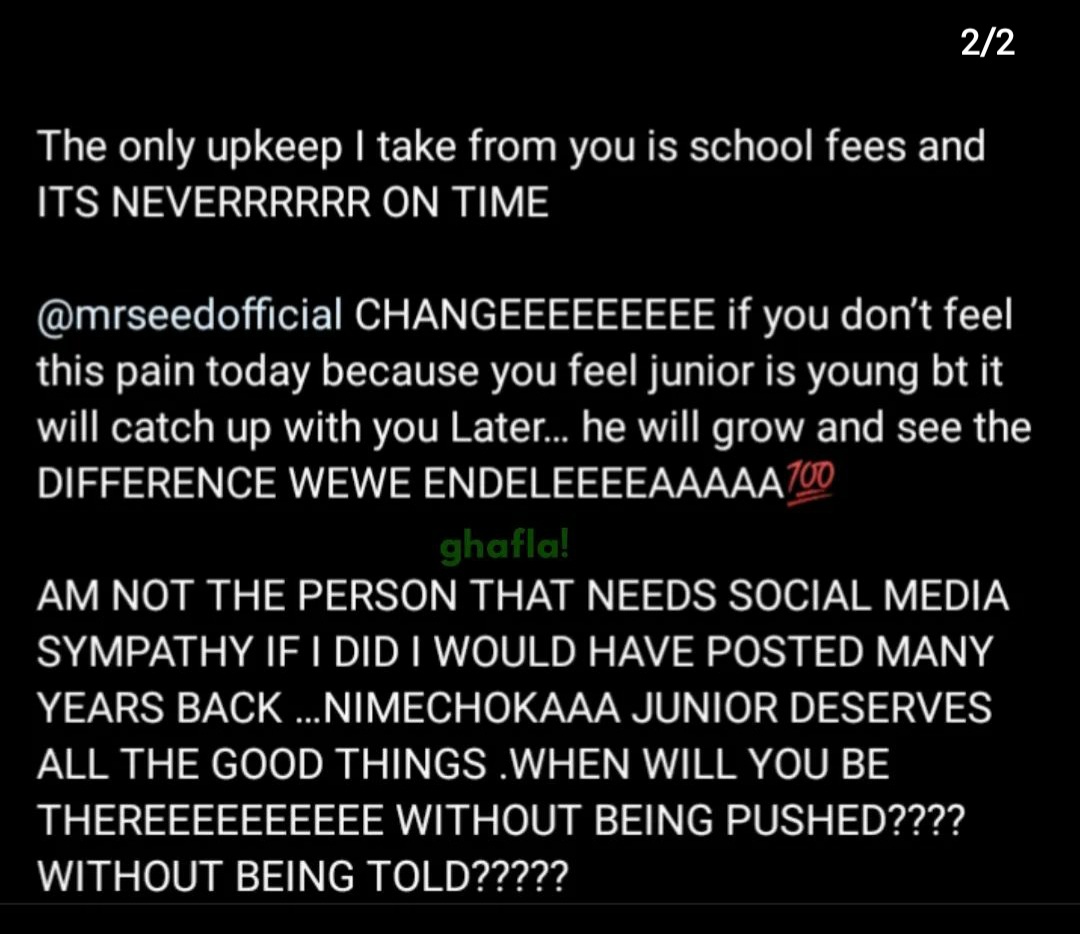 Or maybe she assumed exposing him will make him a better dad? Doesnt work….has never worked and will never work…..you can never teach a man what he doesn’t wanna learn. Periodt.