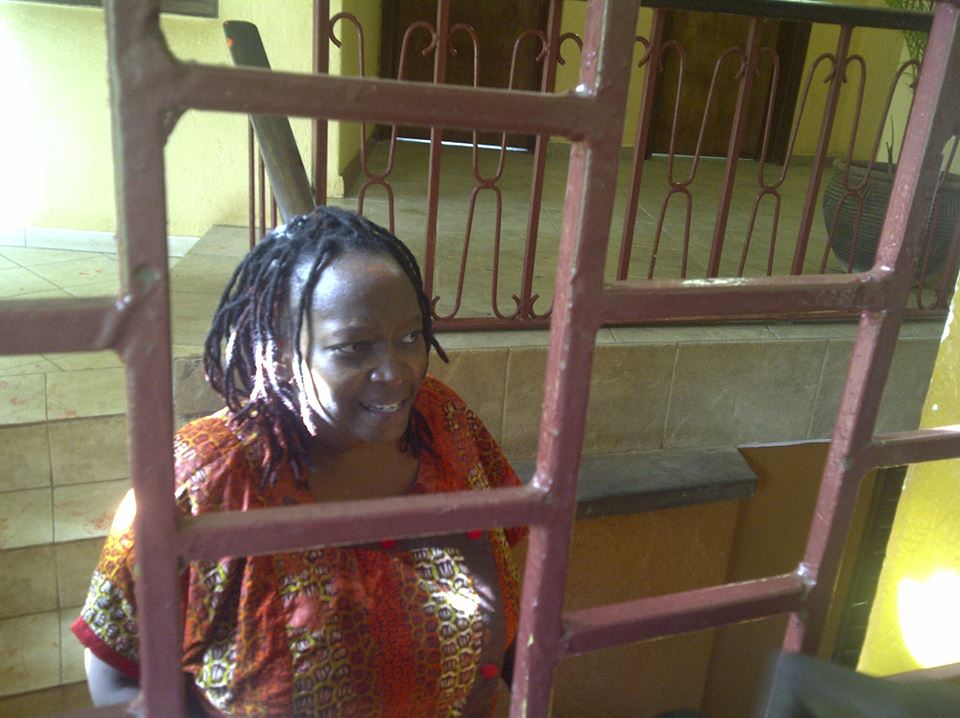 Controversial lecturer Stella Nyanzi hit President Yuweri Museveni below the best and as a result she has been locked in the most dreaded prison in Uganda.

Nyanzi appeared in a court in Kampala on Monday April 10th where she was charged with making a remark that was obscene or indecent.

The prominent academic and activist called President Museveni a pair of buttocks on her Facebook post dated February 27th 2017.

“That is what buttocks do. They shake, jiggle, shit and fart. Museveni is just another pair of buttocks. Rather than being shocked by what the matako said in Masindi, Ugandans should be shocked that we allowed these buttocks to continue leading our country. Matako butako,” Stella Nyanzi’s post read. 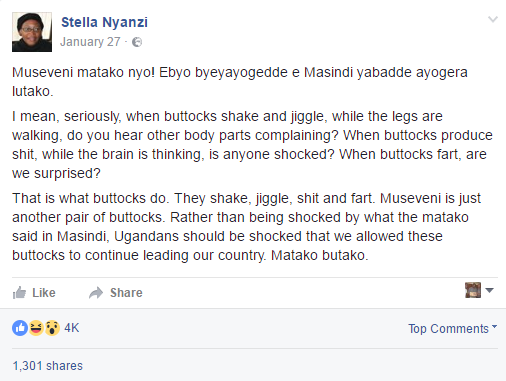 Stella was invited to the CID headquarters weeks later to record a statement for what the police termed as cyber-harassment. 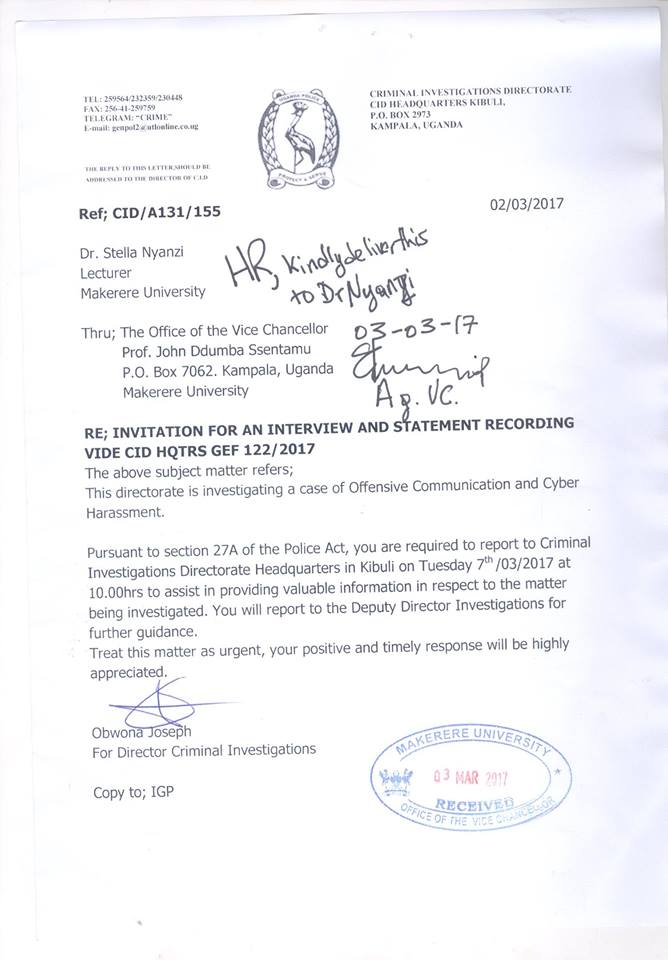 She was finally arrested on Friday 7th and taken to court on Monday 10th April where she denied the charges saying she only writes in metaphors.

“Dr Stella Nyanzi has been charged with cyber-harassment and offensive communication (and) using her Facebook posts to disturb President Museveni’s privacy, which she denies,” her lawyer Nicholas Opiyo said. 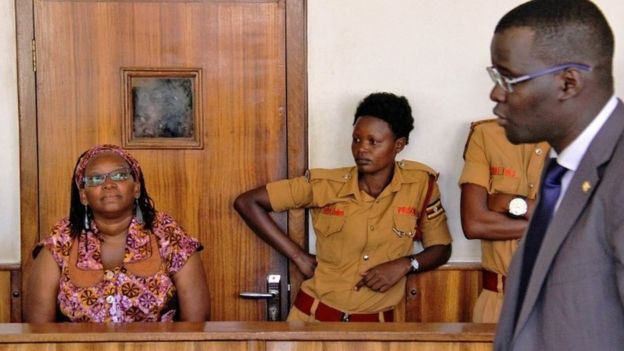 The controversial lawyer is being held at Luzira Maximum Security Prison until 25 April when her case will be heard. The person managing Nyanzi’s Facebook account revealed she was being mistreated at the prison.

“During our STATE SUPERVISED visit, we also observed that Stella was allowed only 2 visitors at a time, while other prisoners were allowed up to six guests in one go. We were interrupted by the warden every couple of minutes, something that was not being done for the other prisoners.