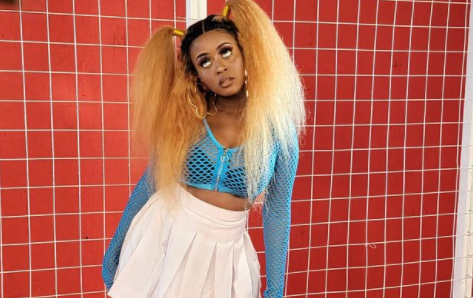 It has indeed been a tough week for Nadia Mukami following a custom she wore at an event in Meru.

Well judging from how netizens reacted – allow me to say that the internet is one tough place to be especially when it comes to matters of body weight and shapes. So far we’ve seen many women get body shamed for being too small or too big – something Nadia Mukami experienced first hand. 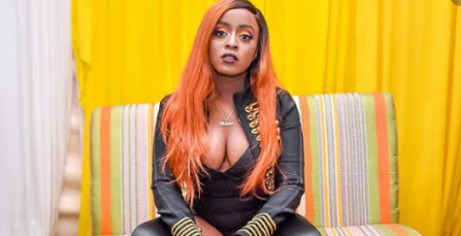 Okay at first many were pointing fingers at the celebrity stylist who styled Nadia Mukami – forgetting that she had just had a baby. Of course her body had changed and her (Marina Gold) should have considered the measurements and Nadia’s new added weight before letting her client step out in the out.

However as the trolls went on – Nadia Mukami started feeling attacked and decided to engage. Okay, I know it must have felt really bad – but again – her reaction just gave the trolls a platform to eat from her insecurities. And they did. They actually managed to get into her head so bad that now we’re still dealing with the same issue. 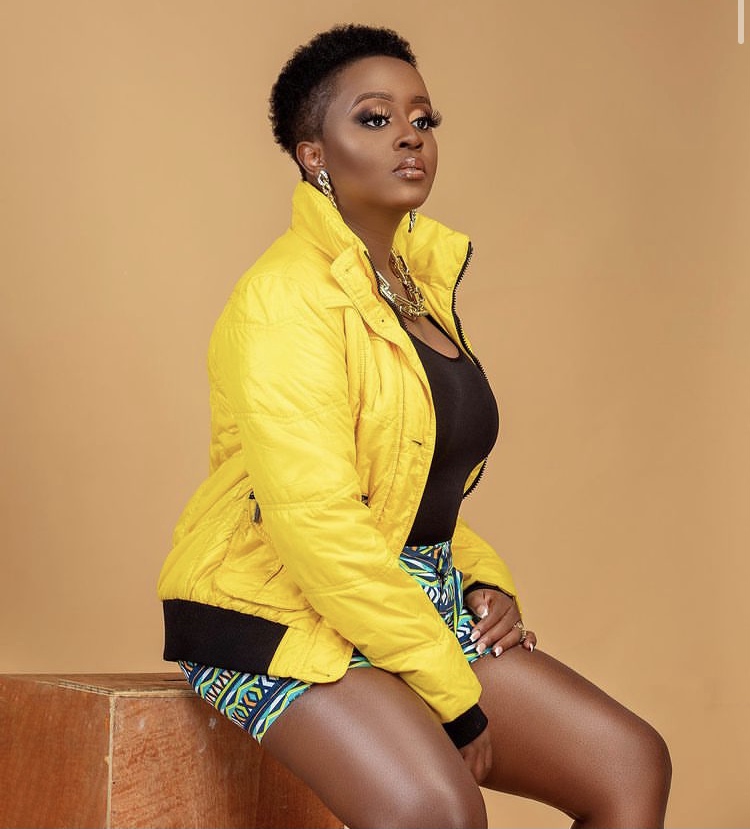 As seen on a new photo shared on her page, Nadia Mukami used a caption talking about the importance of doing what makes you (her) happy. She wrote;

Being a role model isn’t about showing people how to be like you, it’s about using your FREEDOM to show people it’s perfectly alright to be themselves. Just Be you and do you. Whatever makes you happy. Do not be a slave to society!

With the new photo many applauded her for dressing ‘proper’ not forgetting to complement her new hairstyle; until one fan decided to pick a fight with a comment where she wrote;

Seeing this, Nadia in return hit back with a positive response saying;

@chepkordiana I know right🤗God took time with me☺️🤗 he should have done the same with you!!! Sending you hugs 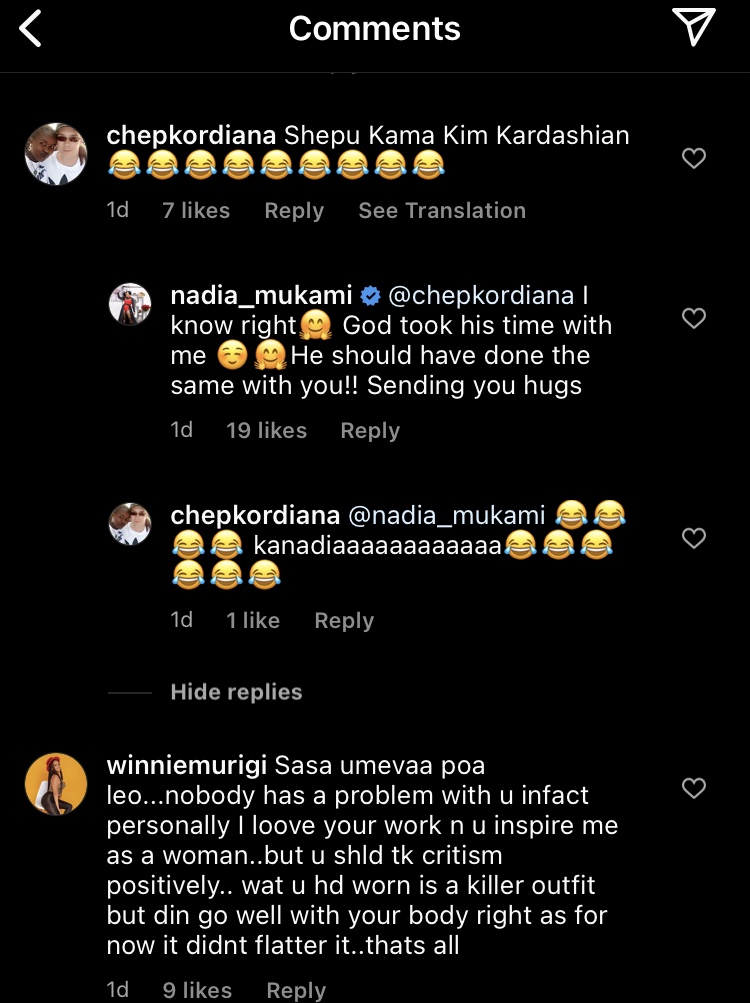