Nadia Mukami Opens Up On Physical Struggles During Pregnancy (Screenshot) 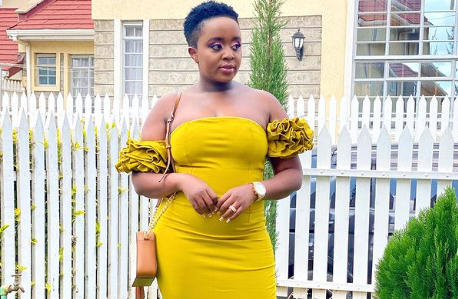 Award-winning singer Nadia Mukami has opened up on her body struggles that she underwent while she was pregnant with Arrow Bwoy’s baby boy, monikered Haseeb Kai. After a successful delivery, Nadia has been sharing some of the struggles she underwent while pregnant, especially during her third trimester.

The songstress took to her Instagram stories and noted that the last leg of pregnancy was tough and she needed some positive affirmations. She shared

“Third trimester is scary. Sometimes I just need a hug and some positive affirmations.”

With Arrow Bwoy in tow, Nadia was cosseted and received all kinds of support from him. However, she had to perform out of the country while she was 5 months pregnant.

Apart from the latter struggles, Nadia’s physique was immensely changing. And one of the changes that were conspicuous was the neck. She revealed via her Instagram that she has serious hyper pigmentation;

(I had serious hyper pigmentation during pregnancy, glad it is fading away around my neck🤭)
Mua @themakeuptower

She continued to share with her fan how she hated the latter during her pregnancy;

@lynetamimo reke gwire weh!! I hated that about myself during pregnancy😃😃😃” 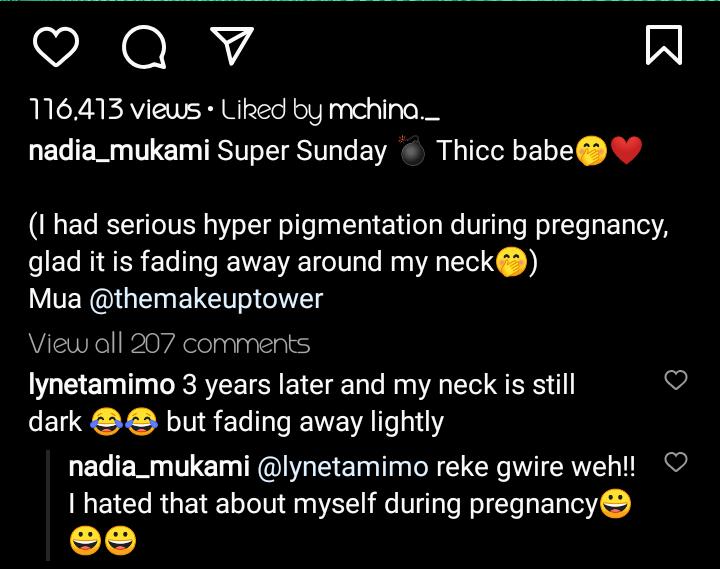 Nadia Mukami’s son is about to hit 3 months; and Nadia promised to host a party to celebrate his quarter a year party.