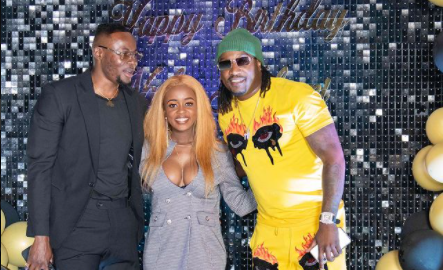 Award winning musician Nadia Mukami has reciprocated the surprise proposal she received from her hubby a few months ago. While launching his very first album 3 months ago, at the Junction Mall, Arrow Bwoy went on his knees to put a ring on heavily pregnant Nadia back then.

While they were performing together at the launch, Arrow Bwoy asked Nadia to turn around and show the fans her baby bump. As she turned, Arrow Bwoy took the ring out of his pocket, and by the time she had turned back around, he was already down on one knee, and asked her to marry him.

Tears of joy filled Nadia as her enthusiastic ‘Yes’ ended the event on a high note. 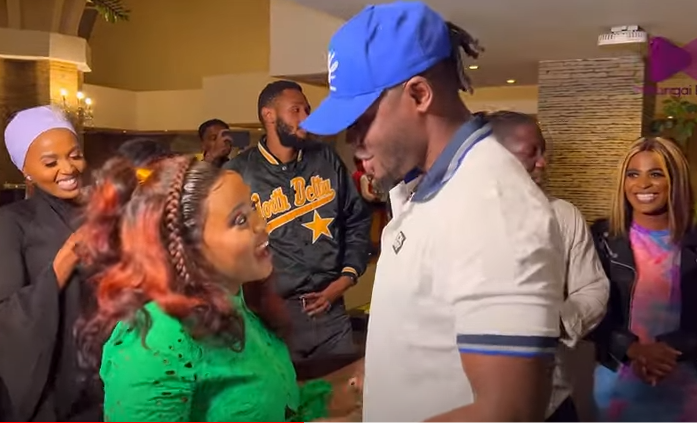 Similarly, Nadia recently decided to surprise Arrow Bwoy in tandem with a few of their friends, including musicians KRG the Don, Dufla Diligon. They’re seen slowly walking towards him as he talks with his counterparts. Arrow Bwoy admitted he was caught off-guard and appreciated his wife for the surprise. Arrow Bwoy had just landed in the country from performing in Germany, where he stayed for days.

The songbirds are among the most adored celebrity couples who are always gifting each other on such occasions. They recently welcomed a bouncing baby boy; whom they monikered Haseeb Kai.