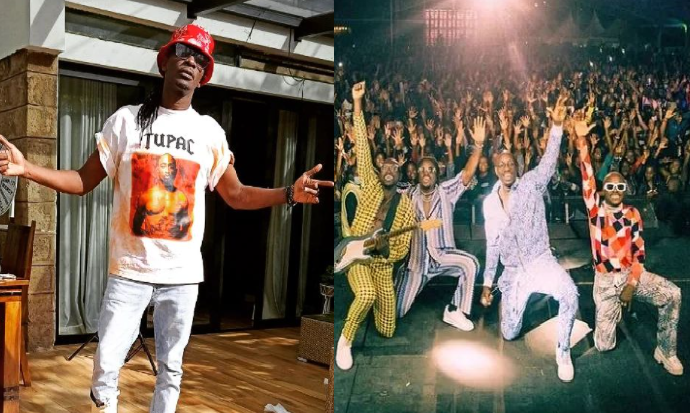 The heated debate on the performance of Kenyan music remains unsettled; with netizens still undivided on whether it’s really dying or becoming better. Whichever the case, legendary musician Nameless has had his say on the paramount issue; which seems to be getting out of hand.

Kenyan Music On The Edge?

The musician has chopped it up with comedian Eric Omondi, who spearheaded the debate; which has roped in more & more sentiments from celebrities; especially during this festive season when they’re performing in concerts.

After an electric performance by Sauti Sol over the weekend, Nameless congratulated them and stated that their performance proved Kenyan music is still alive.

”Meanwhile … Thank you @sautisol for proving that Kenyan Music is very much alive!! Let no one cheat you that the industry is dead, it passes different stages with ups and downs and different waves, this is part of industry evolution.. we are evolving as an industry and we are all in the pioneer stage of this Urban Pop industry! That means there will be alot of challenges, mistakes and learning ,from the different generation that leads to growth and structure formations.If we are more strategic as an industry we will grow faster and sustain better👊🏾.. for now I am just happy for these guys because their work ethic has given them results over the years!! #SolGeneration #SolFest”

However, his sentiments were countered by Eric Omondi; who maintained that the industry is still ‘dead’ and that he should stop sugarcoating;

”I had a veeery long Conversation with my Big Brother @namelesskenya on the Condition of our Industry. We agreed on afew things but I STILL dont THINK Sugarcoating things and Giving excuses on behalf of the Industry will help our Case. We know Exactly what to do. The FORMULA is Simple and UNIVERSAL. WATU Waache Kulala. I do HONESTLY feel like our MUSICIANS are SIMPLY not PUTTING in ENOUGH. They are PLAIN and lack VISIBLE EFFORT…  AMBIA VIJANA WAAMKE!!! Niko na ka Homa but as agreed ntakutafuta Weekend tumalize Convo.” 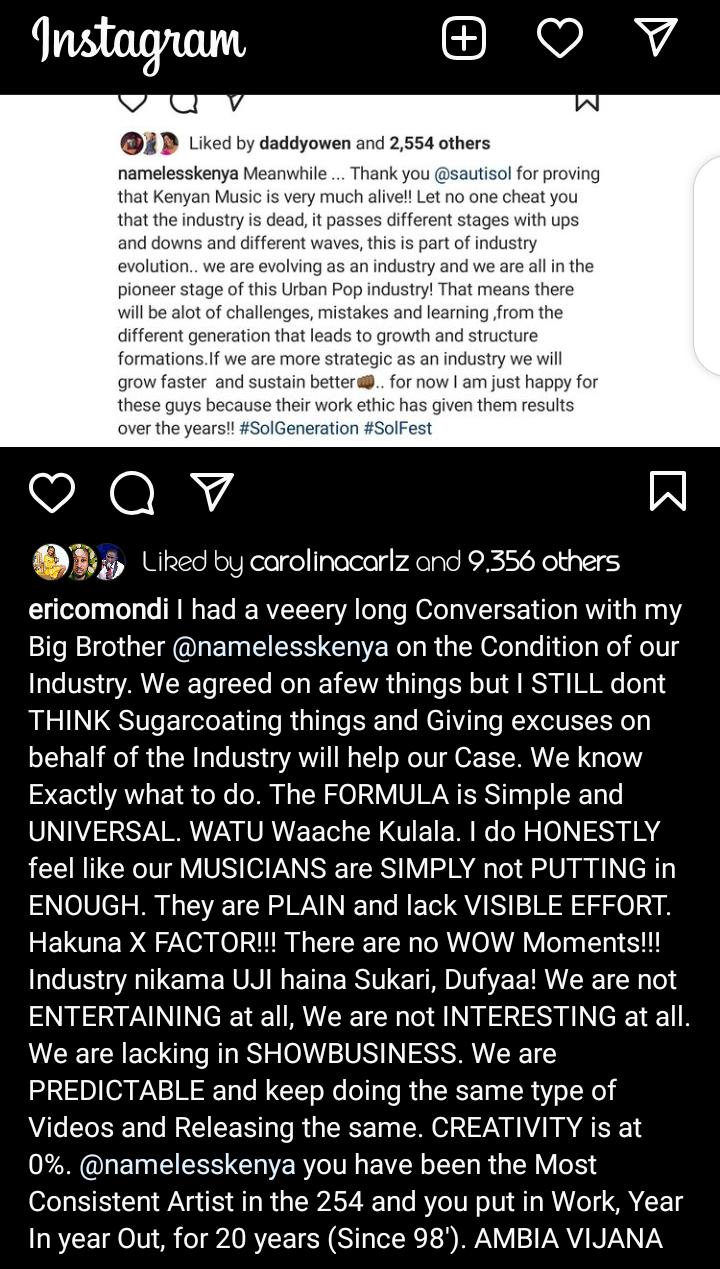 Nameless also found himself on the receiving end by a fan who reiterated Eric’s sentiments; and this is how he had to respond to them; 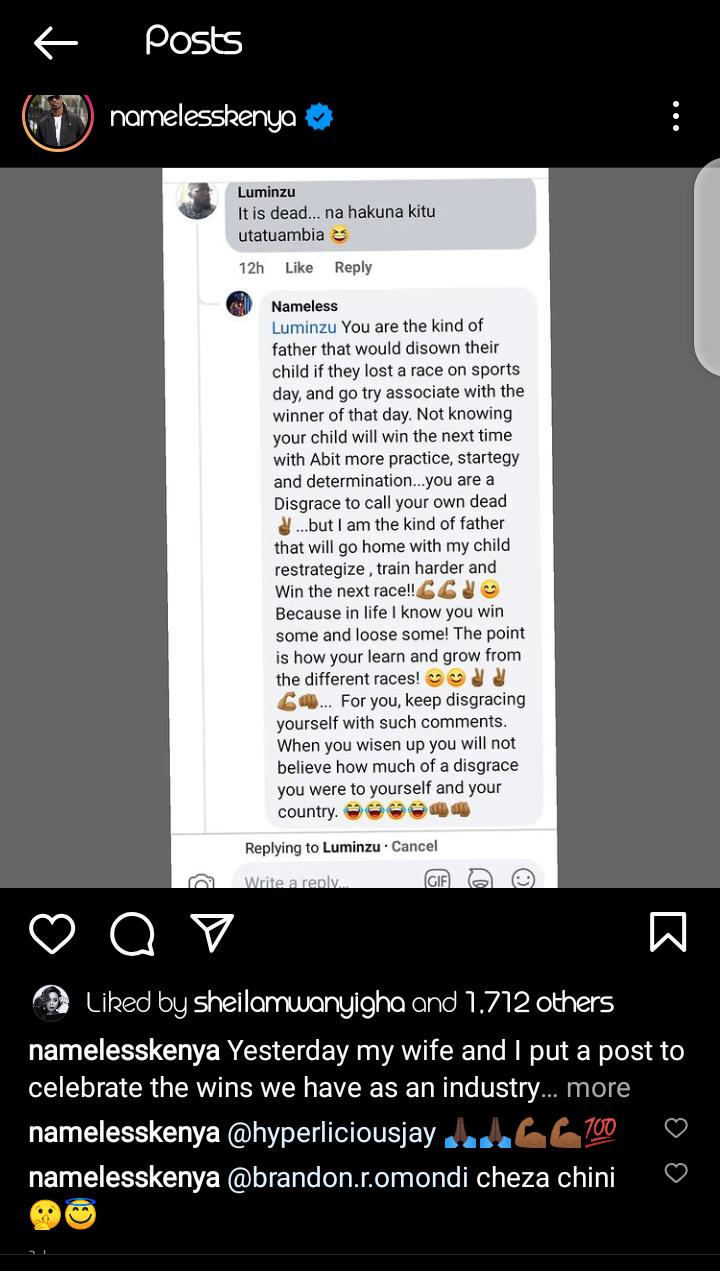