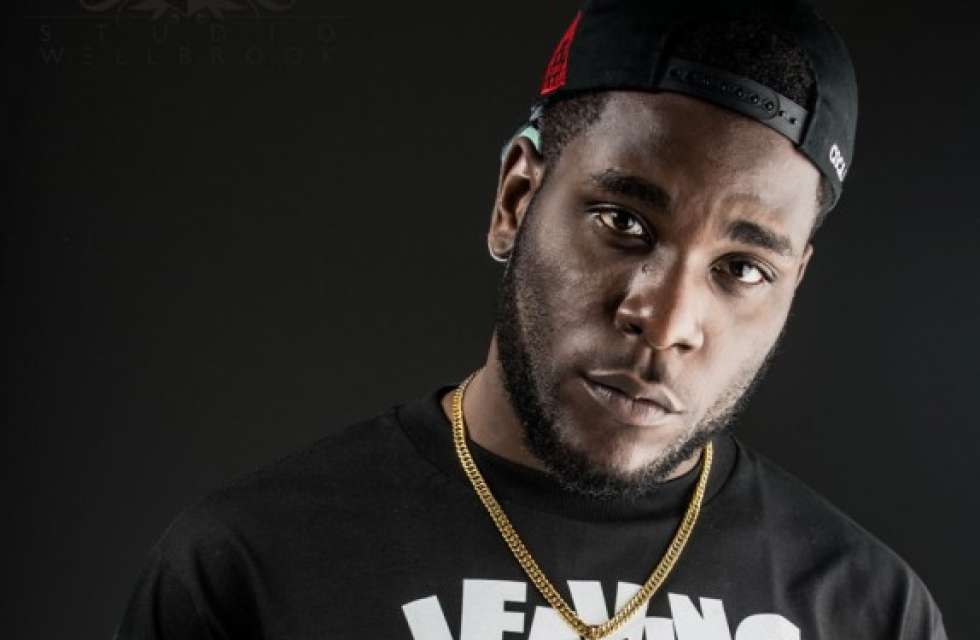 In what seems to be an April Fool’s joke gone too far, fans who thronged Privee night club as early as 8pm on the night of April 1st 2017 to watch the renowned Nigerian Artist Burna Boy perform, were forced to wait for over 6 hours to experience a performance that left tongues wagging: 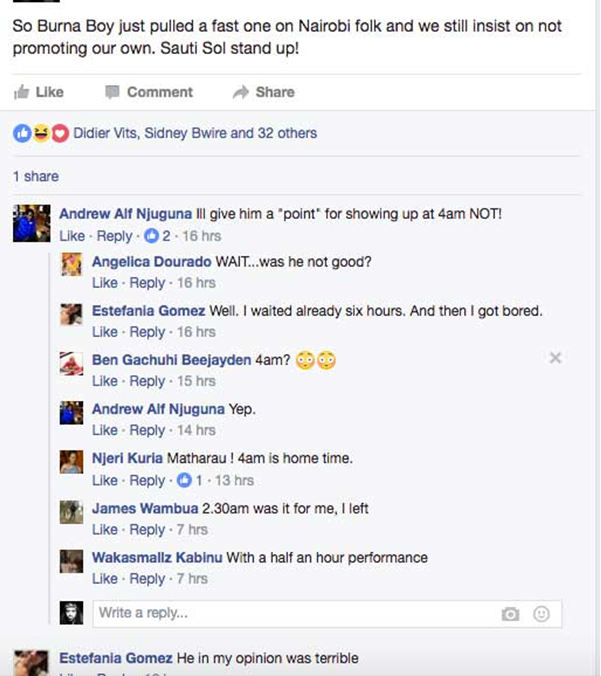 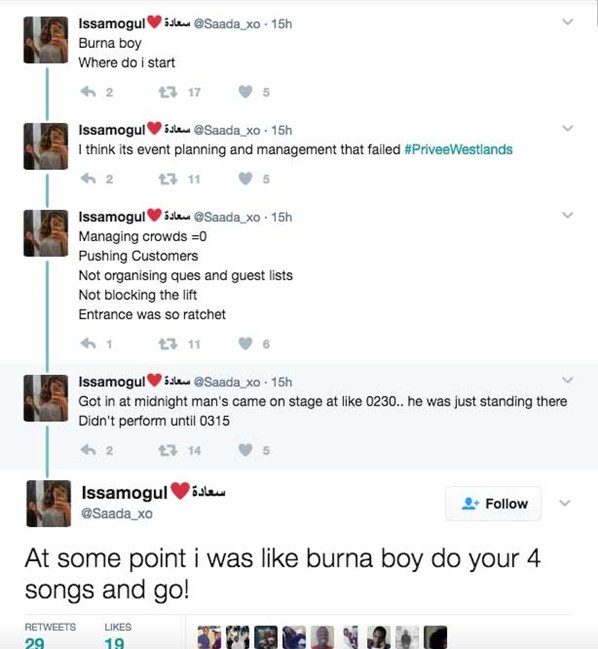 While some blamed the event promoter for the lack of order at the venue for the Nigerian star’s delayed performance on stage, others viewed it as an intentional lack of respect by the Nigerian Musician who was seen refusing to interact with fans as he waited to get on stage: 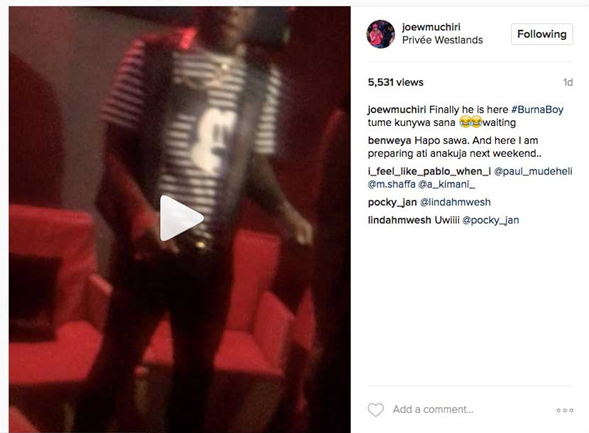 A bitter exchange of words between celebrated Kenyan Artist AntoNeoSoul and Burna Boy on social media seems to be the highlight of this debacle: 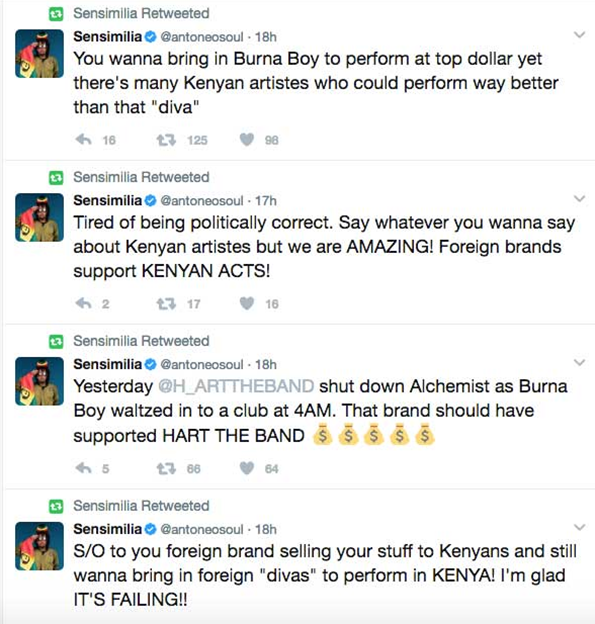 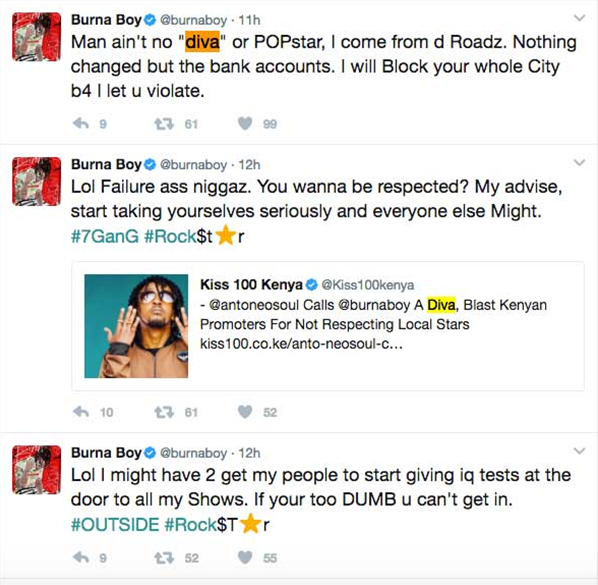 Some fans complained of disorganization on the part of the promoter, PriveeWestlands, It is even alleged that this venue is gaining the reputation for not paying local artists who perform at the venue: 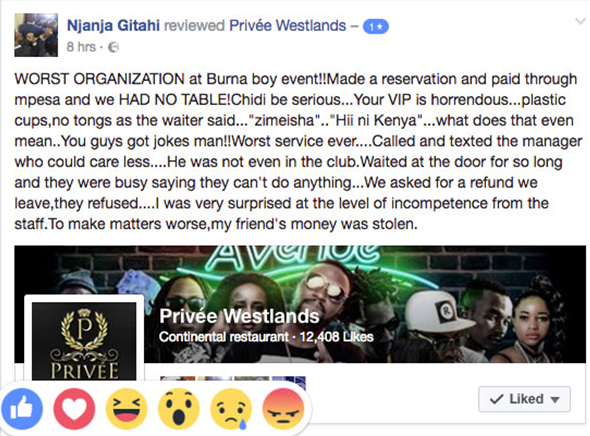 On the flip side,Burna Boy argued that all those twitterati  tarnishing his name and criticizing his performance were just hating and gave more credibility to those on snapchat:

It can be argued that some of these international artists are just here to make their money and leave. As a developing nation, should Kenya focus on growing their own and keeping the revenues within the borders? 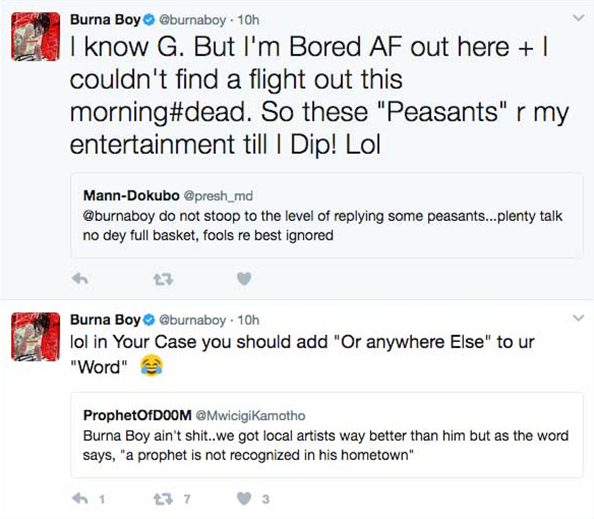 A lot of fans who attended the event expected a certain level of professionalism that they seem not to have received. While others seemed to have enjoyed the performance: 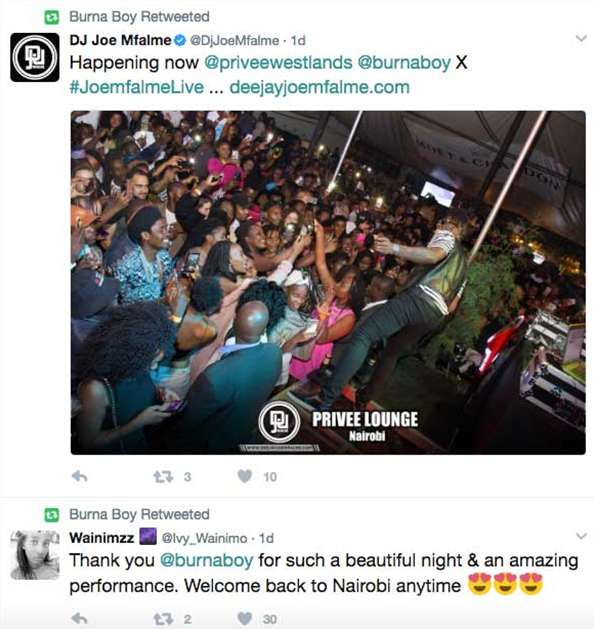 Is it time for a revolution in the entertainment industry? Should Kenyans boycott all events and promoters who do not support Kenyan acts? Or should Kenyans learn to appreciate a good thing when they see one?