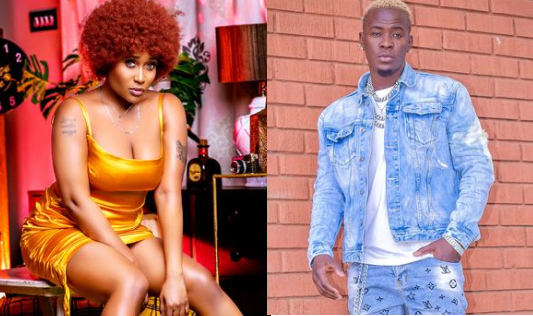 Musician Willy Paul has publicly confessed he’s been swept off his feet by Kenyan singer Juliet Miriam Ayub popularly known as  Jovial. Pozze  couldn’t help himself from salivating for the singer after she made a post on her Instagram. The female singer has been posting thirst traps photos on her Instagram, which have inadvertently roped in Willy Paul’s confession- saying he wants a taste of her.

This is not the first time Willy Paul is thirsting over Kenyan female celebrities. He also confessed the same for Azziad Nasenya & Avril. Who wouldn’t crush on these hotties anyway?

Pozee went on to disclose that Avril’s unrivaled beauty and sultry voice was the reason most men, including himself, were still alive. ”Someone please tag this beautiful lady, her beauty and voice have kept some of us alive!! She has taken my heart in a special way. Now this is the most beautiful woman,” he wrote.

This time, Bwana Mkunaji is not letting Jovial go without giving him a taste. He commented on her photo on Instagram and wrote;

Jovial however, turned down the naughty pick-up line and wrote back;

The immediate reactions from fans was that the two are just clout chasing for their upcoming project. It’s probably the right thing to say for now. Time will tell.