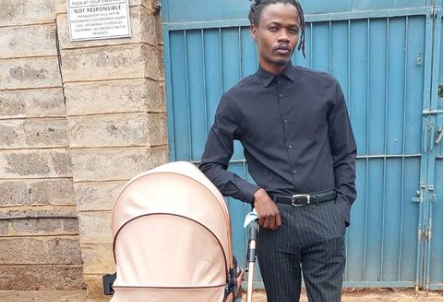 Rapper Juliani and former Machakos first lady Lilian Ng’ang’a are barraged by financial constraints after the arrival of their first born son, which they announced weeks ago.

Juliani also stated that he did not want to tell the public about it yet but he was super excited.

Speaking in an interview with YouTuber Presenter Ali, Juliani broke the news that they received their bundle of joy weeks ago.

Juliani expressed how grateful he was to become a dad again.

He also spoke about his new experience with his son, saying it was different from when he was raising a daughter.

The singer, who has been off the limelight for several days after the announcement, has now divulged he’s seeking for financial assistance, citing that he can’t afford to buy diapers for his son.

The singer shared via his tweeter how he’s struggling to survive. He shared his pay bill number and pleaded with netizens to send any amount. The singer was heavily criticized for not cosseting Lillian liken her ex-hubby Alfred Mutua. Either way, the singer is still seeking help from netizens. 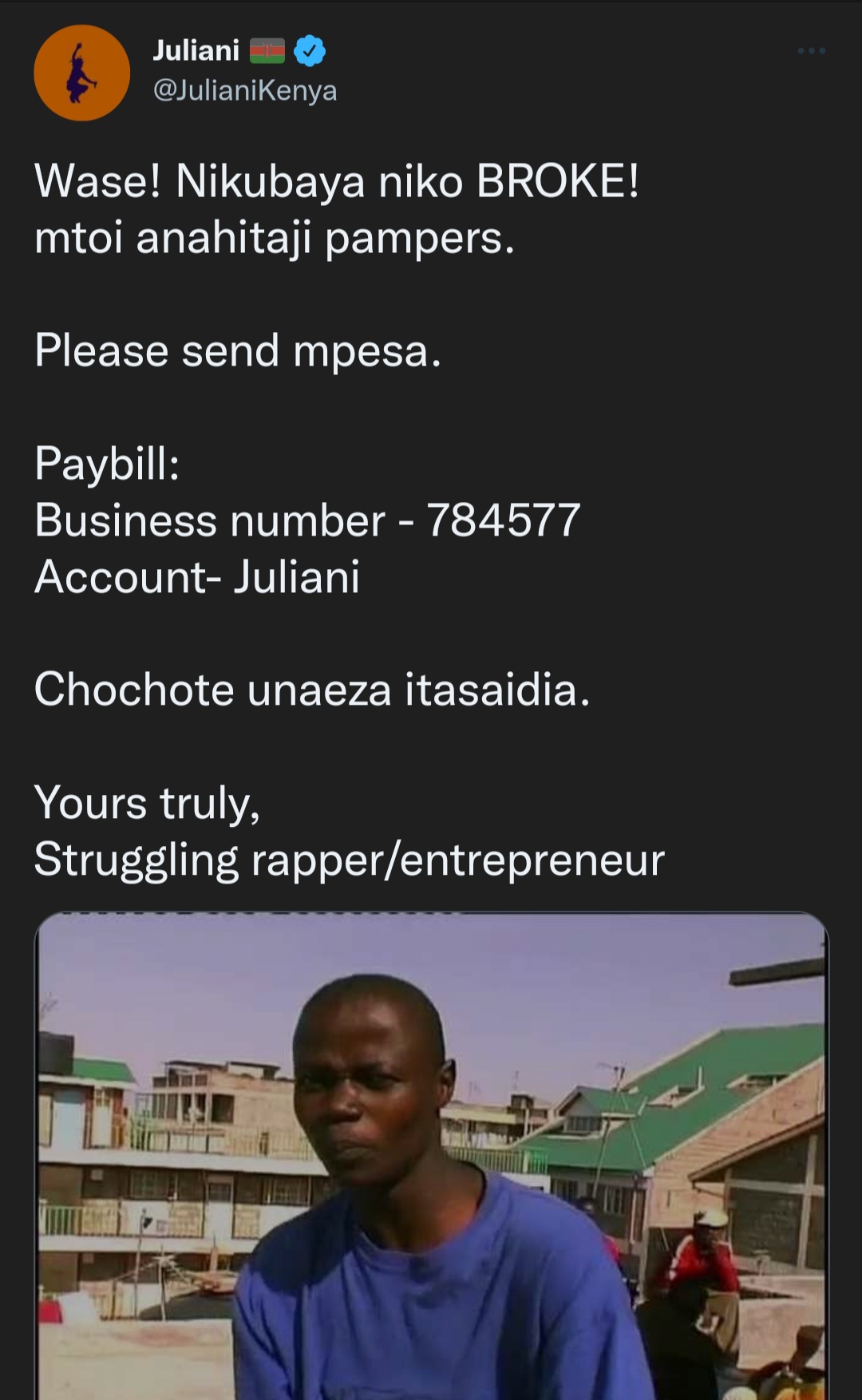