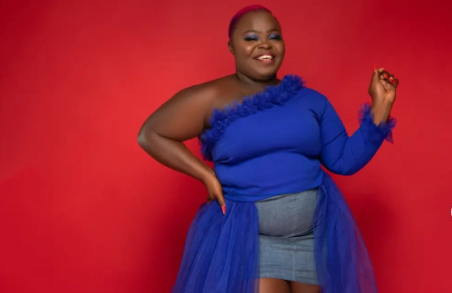 After a series of sporadic drama that ensued between Pritty Vishy and Stivo Simple Boy, the two have finally decided to amicably let go of each other. And one of them has already moved on-Pritty Vishy. The 20 year old has divulged the same in a recent interview, where she greatly denigrated Simple Boy for telling on her falsely.

The musician had disclosed that Pritty had over 50 men on the side while they were still in a relationship. This was the genesis of igniting the beef with him. She was immensely disenchanted with Stivo. Further, their bedroom issues were also exposed by Stivo, who claimed Pritty was too demanding to get laid, but Stivo wasn’t ready to fornicate.

These were among the spewed information that expedited their break-up. At least they had a valid reason for their fall-out.

And Pritty might have just found the perfect replacement to quench her thirst. However, the content creator claims she’s still not ready to introduce her new catch to the public. Why?

Well, to begin with, she claims she’s still not sure whether the guy is genuinely in love with her or just wants publicity. She shared the same with Nicholas Kioko;

”Okay, about ku move on, it needs time. Lazima usome mwenzako ujue is this person the right one for me… I won’t lie, kuna kamtu lakini sijui ata ntawai introduce lini…”

Well, we can make a good guess that Pritty’s new guy is a mubaba. She said it herself and claimed she’ll only be eyeing someone who has cash.