Noti Flow takes shots at Huddah for copying her swag but fans end up trolling her, now this is funny! 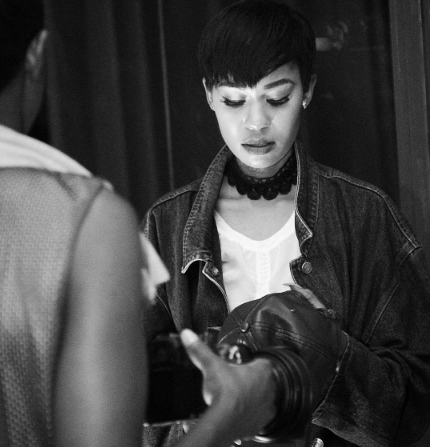 Rapper Noti Flow might be among the top stylish female rappers we have in East Africa but not everyone seems to agree with her way of thinking. A few hours ago she went ahead to call out Huddah on her Instagram saying that the lass copied her outfit something that has left fans trolling her.

She shared a photo collage of Huddah and herself showing that she wore the look-alike outfit first and wrote saying;

“These B*tches be copying my swag I wonder if I can copy some of theirs ? Ain’t nobody slays like #queennoti doe ?? ” 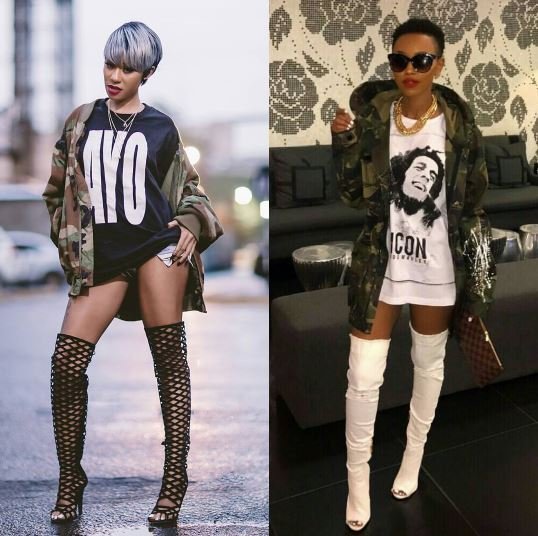 However fans could not agree with her caption as some went ahead to shut her down saying she is not in the same level as Huddah. According to them Huddah is an international hustler while Noti is just a local lady who hustles but doesn’t have money to show for her hard work. They wrote saying….

sweetangel1940: “Noti I won’t lie to u ,just stick to hoeing in inter continental and giving bl*w j*bs to white men but never in ur dream think uko league moja na msee ka huddah ,b*tch the furthest you’ve gone in ur life is tz,I have the same shoes ur wearing bought them for 3k,shut ur mouth u have never worn any design label in ur life ,just shut and stick kwa lane yako ya kuvuta ma Bhangi”

stolen_princes: “Honestly noty @notiflow you are ratchet, you don’t know class??? stick to your thing but cause it’s seems like deep down you wish to be huddah, yall know she the one who is king in this game”

pashua_shii: “I like you noti but pls don’t even go thea Huddah n you is like juu na chini her copying you b*tch your tripping”